Get the app Get the app
Already a member? Please login below for an enhanced experience. Not a member? Join today
News & Media Multiple sclerosis flight to tour South America 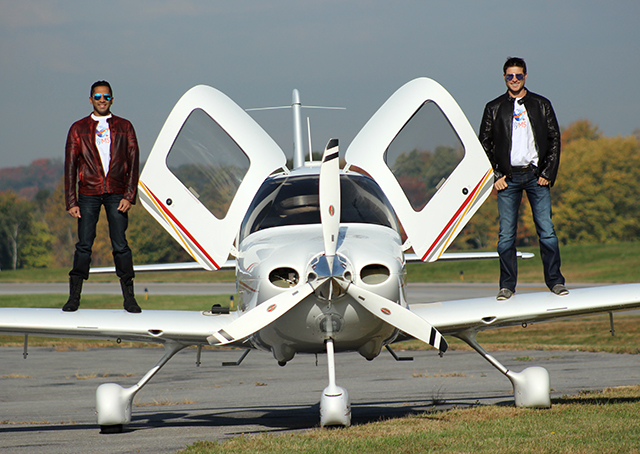 Certified flight instructor Tomas Vykruta, a Google engineer, and student pilot Fouad Ahmed, a Wall Street portfolio advisor, have their sights set on raising $100,000 to battle the debilitating central nervous system disease during their 250-hour trip through 18 countries in the Americas. 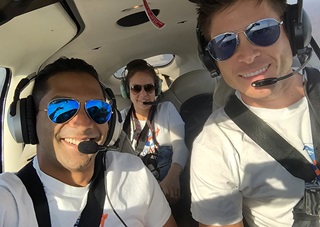 Before the pair takes off from their home base in White Plains, New York, in Vykruta’s 2004 Cirrus SR22, Ahmed plans to pass his private pilot checkride so he can begin his instrument training during the 20,000-mile Fly for MS charity trip. After three months behind their Avidyne G2 full glass panel, the pair is likely to have logged some serious instrument time, especially for Ahmed as a new pilot.

The multi-tasking duo is following in the footsteps of nonprofit FlyforMS.org founder Andrei Floroiu, who flew a Cessna 340 to Europe with pilot Keith Siilats on a similar mission five years ago.

“When Andrei did the flight in 2010, he was a Wall Street investor and did a lot of research on multiple sclerosis," said Ahmed. "He was surprised at how debilitating the disease was and how little people knew about it. Tom and I were really intrigued and instantly thought we should do a similar thing in a different location.”

Ahmed explained that the disease affects people in different ways, and diagnosing and treating it is still a challenge to medical professionals. “Some people might have blurred vision or slurred speech, others can’t walk. There are medications in the Western world that claim to provide relief from the symptoms but none can resolve the disease. Living through it, most people might not think to do something exciting and adventurous. It’s more about survival. In a poor country it’s even harder because the access to good medication is limited and the drugs used to manage symptoms are very expensive.”

The pilots said there are dual goals to the fundraising flights. “Number one is education because we are asking people to talk about multiple sclerosis. Secondly, it’s about capturing the freedom of flight for people who are wheelchair-bound and telling their stories,” said Ahmed. “We’re taking them out of the wheelchair to liberate and excite them to do something they never thought they’d have access to do, especially in South America. Here are people that can’t walk and by undertaking such an extraordinary feat as flying, the idea is to use the cockpit as a platform to get their stories heard.”

Along the route, the two will stop in 32 cities and invite video journalists into the cockpit to capture moments of liberty for wheelchair-bound patients experiencing the freedom of flight. The flights are short—about 15 to 20 minutes each—and designed to familiarize patients with aviation. Five to 10 flights per day are planned at stops along the seaboards, and Ahmed said local multiple sclerosis chapters will help transport patients to the airports.

“We’re trying to do this effort on a grassroots basis. It’s a large task for us and we’ve been trying to put it together for the last three months before we finally decided, ‘Let’s do it,’” said Ahmed. 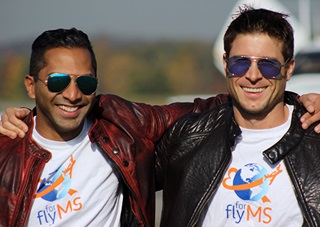 He said the trip will cost less than $100,000, based on approximately 250 flying hours. “Most of the cost will be in avgas, which is a large chunk of expense, plus preventative maintenance. For hotels it’s just me and another guy, some food, and that’s about it. Whatever we don’t raise, we are backstopping it. If we raise nothing, Tom and I will handle all of the expenses.”

“We certainly do appreciate the support from groups trying to help get the word out about multiple sclerosis,” said Arney Rosenblat, vice president of public affairs at the National Multiple Sclerosis Society. “Any time people work to try and get rid of this damn disease we are appreciative.” In 2014, the society invested more than $50 million worldwide to help combat multiple sclerosis.

Vykruta and Ahmed hope to provide smiles and open eyes and hearts along the way with their “Fly for more smiles” social media campaign. Participants are invited to spread their wings like imaginary airplanes and post the photos to Instagram with the @fly4msofficial handle or tweet them @Fly4MS. “For us we’re trying to do something different. We want to show a happy story, show their smiles, share their lives and make them think that they’re not alone,” said Ahmed.

A Nov. 6 kickoff reception and fundraiser at New York City’s Provocateur club, a hot spot for celebrities and other New Yorkers in the know, will serve as a sendoff and provide some funding for the pilots. “There will be finger foods, drinks, gift bags, a silent auction, and scenic rides across New York City and the Hudson River,” said Ahmed. They also will greet guests and talk about their South American circumnavigation while a DJ spins tunes in the background.

The team wants to create a live chat or other informal awareness campaign when they land in Miami before crossing into the Caribbean Ocean.

Aviation has been part of Vykruta’s life since he was a child growing up in Eastern Europe. “When I was a kid I wanted to fly but I couldn’t, so I flew computer games instead. I flew flight simulators and then my life came full circle and I began making them,” said Vykruta.

Vykruta’s introduction to general aviation flight was in his own airplane, a Cessna 172, that he purchased from eBay. “It was out of annual and didn’t start so we performed the annual and got the plane started, then flew it to the West Coast and I took lessons in my own plane on the way to San Francisco. We flew for four days, I think it was 32 hours, and for part of the time it was so cold we had to fly south to Arizona to warm up.”

Vykruta said he fast-tracked his path to become a certified flight instructor so he could teach his dad, Oldrich, how to fly. “He wanted to fly his whole life but never got around to lessons so I told him I’d personally instruct him. That was what drove me down this mad path of student to commercial to CFI in less than three years.”

“For me it’s definitely going to be a trip where I can learn a lot and build up my skills especially for international flying. Tom has all the experience doing that and it will be beneficial for me,” said Ahmed. “Plus we’ll get to meet patients and hopefully brighten their day.”

When their mission is complete in January 2016, Vykruta and Ahmed say they will pass the baton to another pair of pilots to pay the dividend forward for multiple sclerosis awareness. 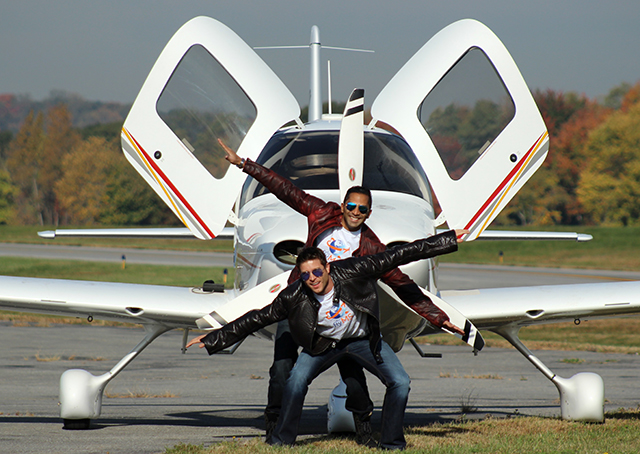 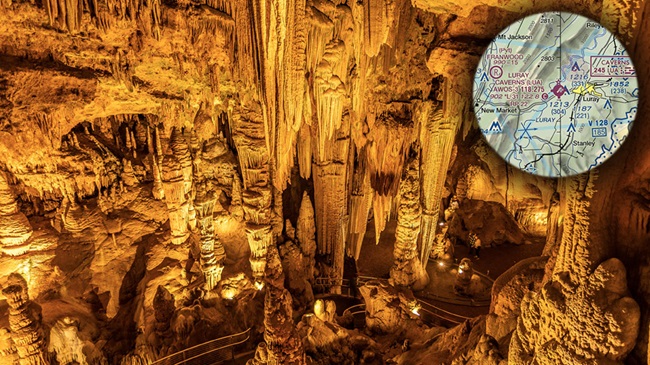