Get the app Get the app
Already a member? Please login below for an enhanced experience. Not a member? Join today
News & Media FAA improves Performance Monitor

The FAA has rolled out a new web interface to its Automatic Dependent Surveillance-Broadcast (ADS-B) Performance Monitor, making it easier—and faster—for aircraft owners to validate the performance of their ADS-B Out installations. Requests previously were made by email, and responses could take up to 24 hours. The new online portal states that reports normally are delivered within 30 minutes; in our tests of the system, response time ranged between one and seven minutes. 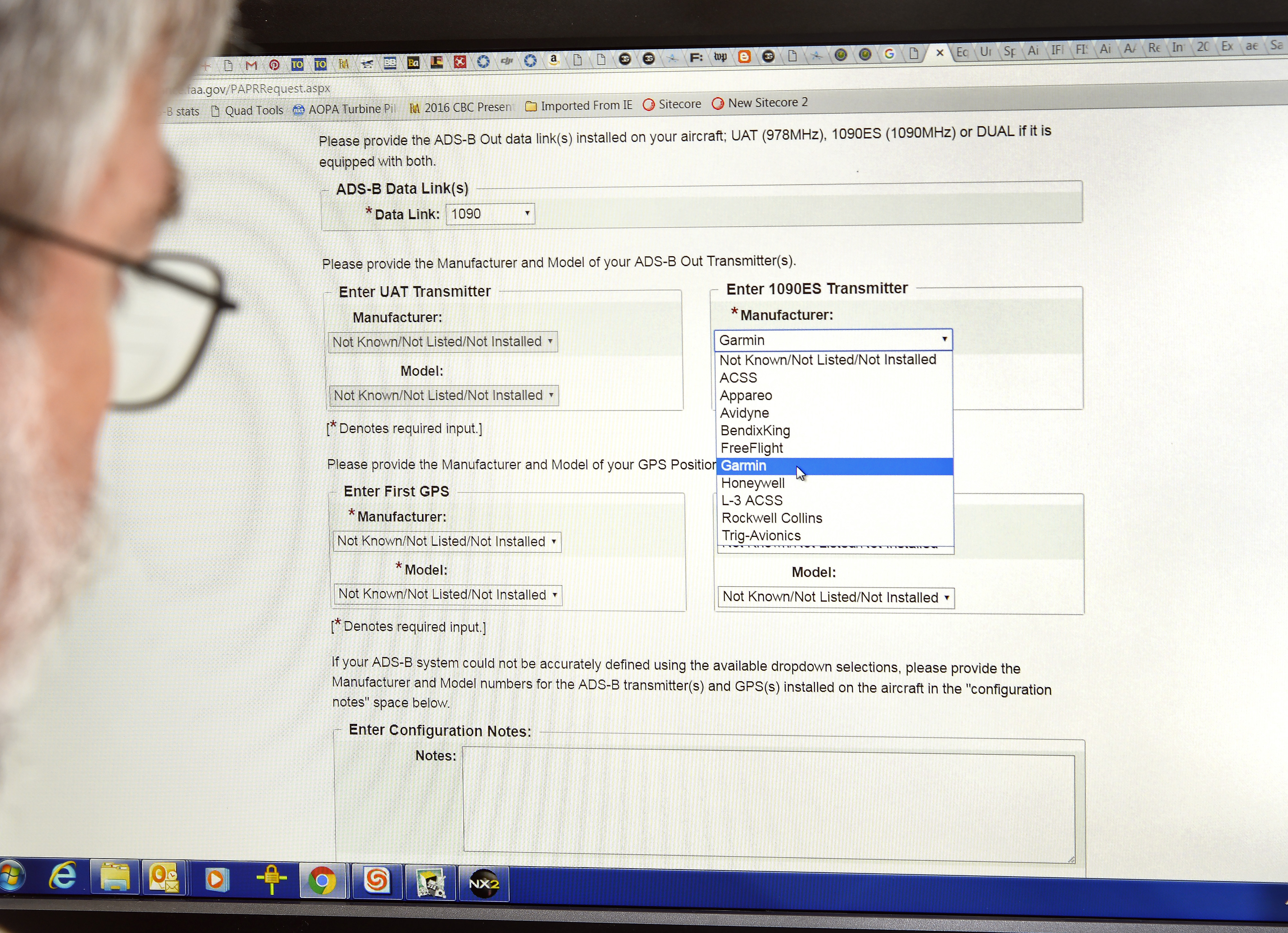 Previously, requests for an ADS-B Aircraft Operation Compliance Report were submitted by email and the reports were generated manually. Now, through the online Public ADS-B Performance Report Request web page, aircraft owners can complete a few data fields, in many cases select aircraft equipment from drop-down menus, and submit a request in minutes.

ADS-B, which uses satellites instead of ground-based radar to determine aircraft location, is a key technology behind the FAA’s Next Generation Air Traffic Control System. The FAA has mandated ADS-B Out equipage beginning Jan. 1, 2020, for operations in most airspace where a transponder is required today. An ADS-B performance report assures an aircraft owner or operator that the installed ADS-B Out equipment is working properly.

The greatest confusion might result from the first question, which asks for the date of the flight “in Zulu time.” The system needs to know the date on which the flight began, referenced to Greenwich Mean Time. Unless the flight began in the evening, for pilots on the East Coast this will always be the local calendar date. West Coast pilots will have to consider UTC conversions for late-afternoon flights. Worst case, if you get it wrong, you’ll receive a polite failure message: “Your Performance Report request…failed to generate a result.”

From there, enter the aircraft’s tail number, your name and address, and the ADS-B datalink installed on the aircraft (978 UAT or 1090ES). That selection will then allow you to select the manufacturer and model of your ADS-B Out hardware (selecting 978 UAT will lock out the fields for entering 1090ES transmitter data, and vice versa). If your ADS-B hardware does not appear in the drop-down menus, it may be entered manually in the Configuration Notes field. Click a box to prove you’re not a robot, hit the Submit button, and wait for the report to arrive in your email inbox.

The online system has officially replaced the previous email service, said James Marks, who leads the FAA’s ADS-B Focus Team. Reports are currently available from Dec. 19, 2015, to present, he noted.

Shortly after submitting your request, you should receive an email with a six-page PDF file attached—and the last two pages are “intentionally left blank.” Marks said, “We opted to remove some technical data from the public reports that provide little value to aircraft owners, to improve request-processing efficiency.”

Anything on the report highlighted in red indicates that the aircraft’s ADS-B Out system did not meet the corresponding performance requirement. Additional information about the items in the report are available in the online user’s guide, which the FAA said is a living document. “It will evolve based on feedback from users, manufacturers, and changes to the Performance Monitor and FAA policy,” Marks said.

The second part of the user’s guide provides general guidance on possible causes of common ADS-B performance issues. It suggests possible causes for fault indications that should be starting points for troubleshooting the problem.