P-51 Mustang down in Arizona 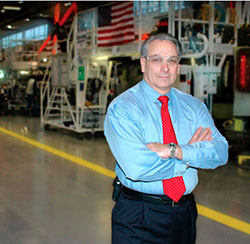 Friends, family, and former colleagues mourned the death of two aviation veterans following the Feb. 5 crash of a P-51D Mustang in Arizona. Pilot and owner Jeffrey Pino, who served as president of Sikorsky Aircraft from 2006 to 2012, and Nicholas Tramontano, a fellow warbird enthusiast, mechanic, and pilot, were killed when the restored fighter known as Big Beautiful Doll crashed and burned about 30 miles south of Phoenix.

Pino, 61, was well-known and well-liked in Arizona aviation and warbird circles, and beyond. He bought the airplane in 2014, according to a website created by Mustang enthusiasts that keeps track of the Mustang fleet.

“He would have been the last person I would think that would happen to,” said Scott Urschel, described as a fellow aviator in an interview with an Arizona television station.

“During his six years as President of Sikorsky, Jeff brought personal energy and passion for aviation innovation to our industry,” Schultz wrote. “It was during his time leading Sikorsky that the company first flew the X2 Technology demonstrator. We remember Jeff as a leader, pioneer, innovator and advocate. May his family be comforted by the lasting impression and legacy Jeff has left behind.”

Tramontano’s loss was also felt by many, particularly those involved in Connecticut’s general aviation scene. Tramontano was known affectionately to some as the “mayor” of Waterbury-Oxford Airport, and was also an owner and restorer of warbirds, an accomplished pilot, and mechanic, according to a longtime friend interviewed by the Danbury News-Times.

“He was an amazing pilot and an amazing mechanic,” Kari Sorenson told the Connecticut newspaper. “He could basically fly anything with wings.”

Tramontano was passionate about warbirds, and about flying, and anyone caught hanging around the hangar was likely to be offered a ride, Sorenson said.

Pino was credited with a skilled response to a landing gear problem a few months after he purchased the airplane in 2014, according to various accounts. He made an emergency landing, wheels up, and walked away unhurt. Pino had retired from Sikorsky in 2012 and most recently held an executive position at XTI Aircraft, which is developing personal VTOL aircraft. The startup company expressed deep sorrow in a Feb. 8 media release posted online, and announced the appointment of interim CEO Charlie Johnson, a former Cessna Aircraft executive.

“Our hearts and sincere condolences go out to Jeff’s family and friends, and to the family and friends of Nick Tramontano, Jeff’s long-time flying colleague who was also a victim of the tragedy,” XTI founder and Chairman David Brody said.

Johnson said that work will continue.

“We want to assure everyone that XTI is not changing or delaying its technical development plans,” Johnson said. “As we mourn the loss of Jeff and address the needs of the organization, we remain totally committed to the program. We appreciate the outpouring of support from XTI’s strategic partners, vendors and others, and we thank our shareholders for playing such an important role in this revolution and the future of flight.”