Get the app Get the app
Get the latest news on coronavirus impacts on general aviation, including what AOPA is doing to protect GA, event cancellations, advice for pilots to protect themselves, and more. Read More
Already a member? Please login below for an enhanced experience. Not a member? Join today
News & Videos Flight Design in receivership 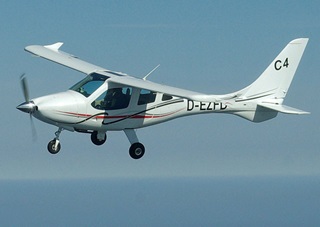 Flight Design, the German firm that has been a market leader in the light sport world for years, filed for receivership Feb. 11, though production continues—along with support for existing customers.

Flight Design USA President Tom Peghiny said in a Feb. 24 telephone interview that the decision to enter receivership was voluntary, and the process is expected to be virtually invisible to customers.

“The most important thing for U.S. owners right now is that the engineering staff of the company is fully functioning and has been funded,” Peghiny said. “Continued operational safety monitoring is continuing, which is important to the FAA (and other regulators).”

Peghiny said production of new aircraft and replacement parts continues. The company’s longstanding factory in Ukraine is producing at “a low level” amid continued unrest in that country, while the recently announced deal with AeroJones Aviation of Taichung, Taiwan, will allow Peghiny to continue filling new orders.

“We do have an agreement through AeroJones to bring new airplanes into the United States,” Peghiny said. “We”re getting our first units (from AeroJones) in here sometime next month. For the customers, it should be seamless.”

Peghiny said years of fighting between Russian-backed rebels and government forces in Ukraine has not directly impacted the Flight Design factory there, but the situation has had much to do with Flight Design’s financial woes, since banks have been reluctant to extend or create new lines of credit to the company that has built airplanes in Ukraine for two decades. Flight Design, in a press release, cited an unpaid debt in the range of “seven digit Euros” that has “led the company into a liquidity squeeze. The management have therefore sought in recent months alternative financing to bridge the time until receipt of outstanding payments. This has not been successful.”

Peghiny, who has been directly involved in the development of the C4, which stands to be Flight Design’s first entry into the certified aircraft market, said that program “will go forward,” noting that AeroJones “is an investor in that.” Peghiny promised “more news soon” on the C4, which first flew in April 2015.

Meanwhile, in Germany, Flight Design noted in a Feb. 19 press release that court-appointed attorney Knut Rebholz, who is administering the company on a provisional basis under the receivership proceedings, said Flight Design has good prospects for emerging from receivership.

“The order situation of the company is good and the products have a very good international reputation in the market,” Rebholz was quoted in the Flight Design press release.

The company has delivered about 1,500 aircraft since it began production in 1993.