Get the app Get the app
Get the latest news on coronavirus impacts on general aviation, including what AOPA is doing to protect GA, event cancellations, advice for pilots to protect themselves, and more. Read More
Already a member? Please login below for an enhanced experience. Not a member? Join today
News & Media Ohio seaplane pilots want equal access 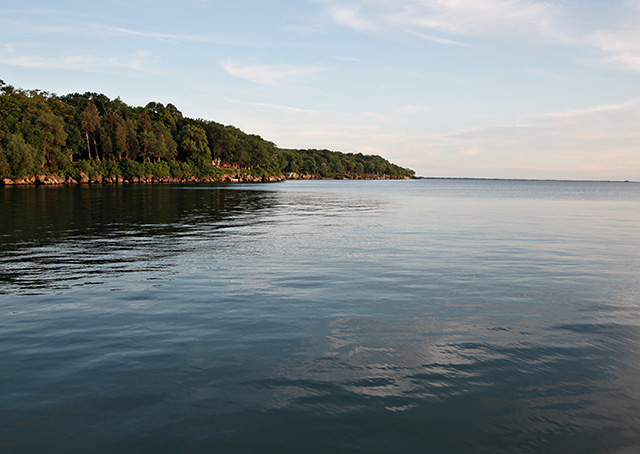 Ohio seaplane pilots who are facing an uphill battle for permission to land on the state’s waterways brought their concerns to lawmakers on Dec. 17, the anniversary of the Wright brothers’ first powered flight.

Bryan Budds, AOPA Great Lakes regional manager, facilitated the day of conferences under the rotunda in Columbus before the 2016 legislative session began. Budds and several members of the Ohio Seaplane Pilots Association met with members of Gov. John Kasich’s staff, senators, and representatives about opening the state’s waterways to seaplane access.

“This isn’t a dangerous activity,” seaplane pilot Scott Alperin told AOPA. “We’re not talking about 5,000 seaplanes hitting the water if they change the rules. We’re probably talking about a dozen or so. Economically we feel it would be a benefit to Ohio, because most of these lakes have hotels, restaurants, and shopping areas.”

Alperin, 66, has more than 4,800 hours and flies a 115-horsepower factory-built SeaRey. Alperin said all he wants to do is fly his two-person amphibious aircraft to scenic spots near lakes and streams in Ohio.

“I found there are private waters, state waters, and reservoirs in Ohio, so I wrote letters and tried to get permits to land. The reservoirs are owned by the Army Corps of Engineers and leased to the Ohio Department of Natural Resources. When I called or mailed them, either they kept pushing me back and forth or I never got a response. You don’t want to push a button too hard because you’re trying to get help,” he said. 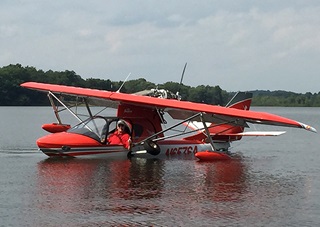 Alperin and other members of the Ohio Seaplane Association said they’d be happy to abide by the same restrictions as boaters. “If a lake says 115 horsepower is the maximum permitted there, once I enter the water I’m just a boat, so I feel it’s appropriate to push for equal access. Many other states use those same guidelines.”

However, Colorado's seaplane pilots have it worse. There are no state waterways available to seaplane pilots. “Currently Colorado is the only state in the union that does not allow seaplane operations on any state waterway,” said Ray Hawkins, Colorado’s field director for the Seaplane Pilots Association.

But things might change. “We submitted a bill to the legislature this session that says if a state-controlled waterway allows powerboats, it can’t restrict seaplanes. A seaplane can be viewed as a powerboat that simply gets to the waterway in a slightly different manner,” said Hawkins. “Once it touches the water, it becomes a vessel in the eyes of the U.S. Coast Guard and has to play by all the same rules as any other power boat.”

Jim Priest, a multiengine-rated seaplane pilot who flies his 1945 Grumman Widgeon to Canada to avoid the fray in Ohio, said boaters are far more likely to have an accident on the water than pilots.

“Airplanes are far less dangerous than boats moving around the water at 50 miles per hour,” said Priest, who is spending part of his winter in the seaplane-friendly state of Florida. “Seaplane pilots are very cautious and take their education seriously. You don’t have to get that type of training to fill up on beer and get into a boat.”

Priest has flown his amphibious airplane all around South America and said he doesn’t understand why Ohio doesn’t open its arms to the commerce that seaplane pilots could potentially bring to the state. “The neighboring states of Indiana, Michigan, and New York have almost unlimited seaplane access with limited restrictions,” he said.

“One [Ohio] senator is planning on buying a seaplane in the near future and when we told him how difficult it was, he said ‘What the hell do you mean?’ We explained all the steps to him and relayed that we wanted the same access that power boaters already have.”

In Florida, Priest said he flies “In and out of every lake without anyone saying a word. Even people that don’t own airplanes come out to view the seaplanes—it draws a big crowd. The politicians just don’t seem to understand this.”

Jeff Fitch is an Ohio seaplane pilot who flies with Priest in the Widgeon, and he established a Facebook page advocating water operations.

Fitch said Ohio’s restrictions have dampened his idea for launching an Icon A5 training site just when the aviation world is abuzz with anticipation for the new craft. “One of the things I’d like to do is set up an Icon dealership but I don’t have any waterways I can use to do the training. All the money from people coming to Ohio to do this training, the economic benefit from hotels, food, and travel just doesn’t get spent here.”

Fitch said he went with Priest to a state legislative office to get appropriate language written up for a potential bill that would help pave the way for seaplane landings throughout Ohio, rather than watching aviation dollars fly away to other, more seaplane-friendly, states.

“A seaplane is not considered a watercraft, so people can’t regulate seaplanes as watercraft," said Fitch. "We took the [watercraft] law and changed the wording. Airplanes are only going fast for takeoffs or landings, and other than that, we’re taxiing or docking. My hope is that they will pass some form of it in the legislature and then give it to the governor.”

After Alperin proved to the state’s aviation authority that his SeaRey could meet published takeoff and landing numbers on Long Lake Park, a campground in Ohio’s Summit County, he was the only pilot in the state granted water access. The campground lake isn’t a public waterway, so the Army Corps of Engineers can’t regulate aviation activity on that lake’s waters.

However, if Alperin or another Ohio seaplane pilot wanted to land their seaplane on public lakes or rivers elsewhere in the state, the Army Corps would have to approve it—but only after Ohio’s Department of Natural Resources applied to the Corps on the pilot’s behalf.

“So where I stand, I have a permit at Long Lake, and it’s the only place I can legally land on Ohio waters,” said Alperin.