Get the app Get the app
Get the latest news on coronavirus impacts on general aviation, including what AOPA is doing to protect GA, event cancellations, advice for pilots to protect themselves, and more. Read More
Already a member? Please login below for an enhanced experience. Not a member? Join today
News & Media Aviation Hall of Fame inaugural event set in San Antonio

The aviation and aerospace history of San Antonio, Texas, will be in focus at the inaugural event of the new San Antonio Aviation and Aerospace Hall of Fame on March 31.

The San Antonio Aviation and Aerospace Hall of Fame is the product of collaboration between the Dee Howard Foundation and the Partnership for Corporate Aviation Training and other local, state, and national partners.

AOPA Central Southwest Regional Manager Yasmina Platt will represent the association at the event, which will feature a dinner, the induction of honorees for 2016, a tribute to Lt. Col. Richard E. Cole (Ret.) of the Doolittle Raiders, the Tuskegee Airmen, and an aviation and aerospace exhibit.

AOPA encourages members to register for and attend the historic event, which will be from 7 to 9:30 p.m. on March 31 at the Valero Hangar, 1000 Skyplace Boulevard, San Antonio, Texas 78216.

Eight individuals and institutions that played prominent roles in the area’s aviation history will be inducted into the San Antonio Aviation and Aerospace Hall of Fame.

The inductees include Maj. Gen. Benjamin Foulois, who as a lieutenant was ordered with a small group of enlisted men to Fort Sam Houston when it was chosen as the site for the Army’s early aviation efforts. They brought along a Wright Flyer, which was designated Army Signal Corps Aero plane No. 1, and began flying it from the north end of Cavalry Post parade ground. The first flight took place on March 2, 1910.

Another inductee is the Air Education and Training Command. It is responsible for recruiting, technical training, flight training, and the continuing education of each generation of airmen, headquartered at Randolph Air Force Base.

Inductees Eddie, Katherine, and Marjorie Stinson were the three siblings who worked to create the Stinson School of Flying in 1915 at Stinson Field, now Stinson Municipal Airport.

Engineers and scientists at the inductee Southwest Research Institute have been an important part of the San Antonio aviation and aerospace landscape since the institute was founded on the outskirts of the city in 1947. Their efforts include designing fuels for propeller-driven airplanes and jet engines as well as developing systems and components that travel to Mars and beyond.

Durrell U. “Dee” Howard, a respected inventor and legend in the aviation industry, had more than 40 U.S. and foreign patents issued in his name for automotive and aviation products. The aviation companies he founded held more than 200 FAA supplemental type certificates (STCs) and type certificates. Howard’s aviation career “spanned the birth and development of business aircraft in the post-World War II era,” according to the Dee Howard Founation’s website. “He is internationally recognized and honored for advancing the state of the art in business aircraft with numerous performance improvements, such as jet engine thrust reversers and refinements in aircraft flight characteristics.”

Inductee Edward “Ed” James Swearingen was an “internationally known leader in the identification, design, development, and manufacturing of precedent-setting aircraft programs,” according to the webiste. He founded Swearingen Aircraft primarily as a consulting firm, and helped design aircraft for many other companies before designing and manufacturing his own airplanes. The SJ30, a high performing and affordable twin-engine jet, was his thirtieth design; he was working on his thirty-first airplane design before his death. He received the Aviation Safety Award from the FAA in 1962. In 1974 he received the National Business Aviation Association's highest award. He also was inducted into the Texas Aviation Hall of Fame and honored as a “Living Legend of Aviation.”

Joseph A. Wilson retired in 2015 from his work in community and government relations for Lockheed Martin Commercial Engine Solutions. He is former chair of the San Antonio Chamber of Commerce’s Aerospace Committee and a past chair of the San Antonio Manufacturers Association. Wilson played a major role in the creation and growth of San Antonio's aviation education pipeline through the establishment of Alamo Academies—ensuring the continuation of a history of aviation excellence into its second century.

Richard Fessler is chairman of Hallmark University and was the co-founder of Hallmark Aero-Tech in 1969 at Stinson Field. The school was San Antonio’s first school for aviation technicians and is now a part of Hallmark University known as Hallmark College of Aeronautics. Its aviation campus is located at San Antonio International Airport, and the school is the state's largest aviation technician school. Fessler, a licensed aircraft and powerplant mechanic and commercial pilot, was co-founder of Hallmark Jet Center, now known as Million Air in San Antonio. He is a past chair and member of national and state college associations and accrediting commissions.

The Dee Howard Foundation was established in 2013 “to build on the legacy of legendary aviation pioneer and entrepreneur Dee Howard by preserving the rich history of aviation in San Antonio of which [Howard] was a part, and to build and expand on that history for current and future generations,” according to the organization’s website. 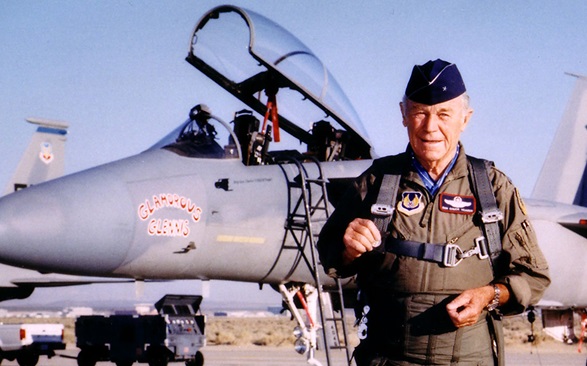 Remembering aviators who died in 2020 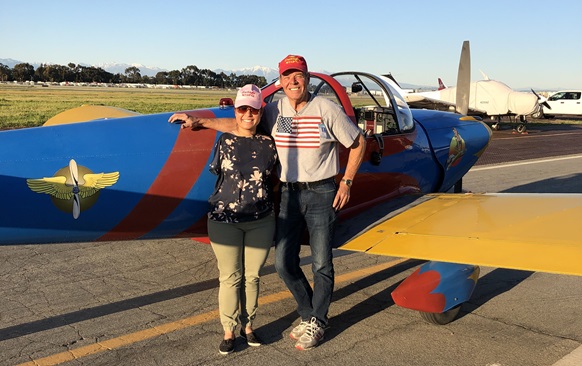