Get the app Get the app
Already a member? Please login below for an enhanced experience. Not a member? Join today
News & Media AOPA seeks aircraft modernization policy

AOPA is asking the FAA to create a comprehensive policy that will make it easier and more affordable for aircraft owners to install modern technology in type-certificated aircraft.

In a June 7 letter to FAA Administrator Michael Huerta, AOPA President Mark Baker acknowledged the FAA’s achievements with Part 23 reforms, which are designed to streamline the certification process for new aircraft and make it easier and less expensive to bring new technologies to market. But, Baker wrote, “…it is equally, if not more important that the existing GA fleet benefit from modern safety-enhancing technology.”

Specifically, the letter asked the FAA to “undertake a comprehensive policy reform initiative to streamline and simplify design, production, and installation approval for engine and fuel monitoring systems, propulsion accessories, flight displays and avionics, autopilots, and other safety-enhancing equipment. With sensible and achievable means of compliance in place, pathways for safety innovation and enhancement would streamline much needed efforts to modernize existing legacy aircraft.”

AOPA has long argued that the highly prescriptive processes used to certify equipment for installation in type-certificated aircraft make it too costly for manufacturers to pursue certification and too expensive for aircraft owners to purchase and install.

Part 23 reforms are intended to resolve many of those problems for new aircraft. However, owners of more than 200,000 existing GA aircraft still need relief. In recent years, the FAA has begun to address these issues on a case-by-case basis, for example making it easier to install angle-of-attack indicators in older GA aircraft. But these efforts have been largely limited to non-required equipment, and AOPA has argued that a more comprehensive approach that addresses a wide range of modern technologies and equipment types is needed.

“The FAA has begun moving down the path toward a risk-based approach to certification of new aircraft. Now we’re asking them to do the same for retrofitting the existing fleet,” said Baker. “The average single-engine piston-powered airplane in this country is 45 years old. At the current rate of aircraft production, it will take decades to replace the GA fleet. Add to that the fact that new aircraft are far too costly for most pilots, and it’s imperative that we modernize the aircraft that are already flying.”

In addition to the letter, AOPA sent to the FAA a series of recommended guidelines for establishing a new comprehensive policy. Under these guidelines, the new policy should cover a wide range of safety equipment; apply to both required and non-required equipment, including equipment that might replace an item already installed in a type-certificated aircraft; streamline all processes needed to replace antiquated equipment, including design approval, production approval, and installation approval; set different standards for technology based on the level of risk posed by that technology; and streamline installation approvals by considering not only the risk associated with the new technology, but also the risk associated with continuing to use the equipment it is intended to replace.

“Today’s policies were created with the best intentions, but they can’t keep up with rapid advances in technology,” said Baker. “Now we find that some policies meant to ensure safety are actually hampering it and stifling innovation. We’re asking the FAA to take a new approach so that the owners of type-certificated aircraft can benefit from potentially life-saving advances.” 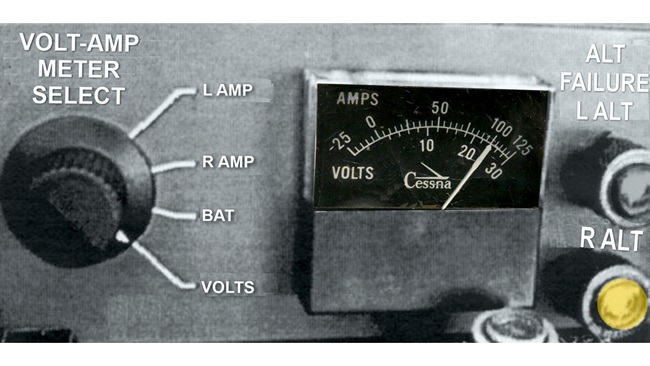