Get the app Get the app
Already a member? Please login below for an enhanced experience. Not a member? Join today
News & Media Alaska Bush Pilot

Looking at photos of bush pilots soaring over pristine wilderness, one might think, How could that person ever have a bad day? But there are reasons why there isn’t a surplus of bush pilots. In three decades of flying in the Alaskan bush, Billy FitzGerald has negotiated his share of fickle weather and mechanical problems. 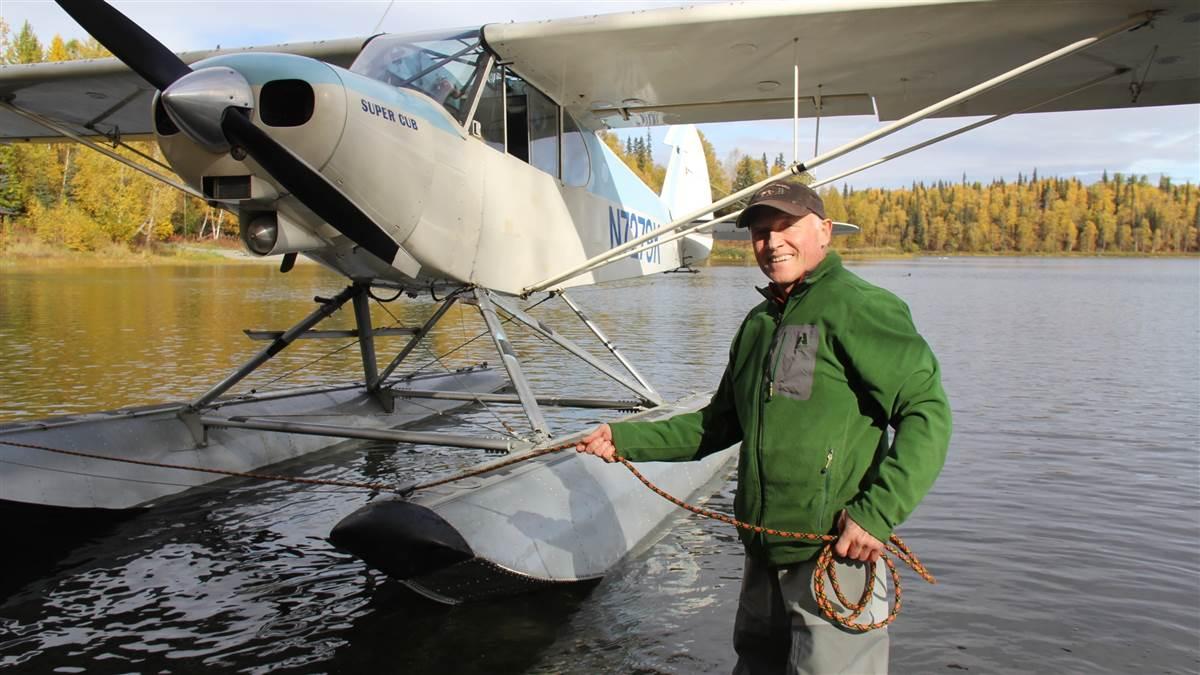 Logbook
Who | Billy FitzGerald, Alaska bush pilot and master guide
Hours | 4,000
Certificates | Commercial single-engine land and sea, instrument rating
Extra | FitzGerald is a three-time Talkeetna Bird-A-Thon Champion and keeps a list of birds viewed while flying. “It’s the best when I see magnificent birds out there and we are both riding the wind.”

Looking at photos of bush pilots soaring over pristine wilderness, one might think, How could that person ever have a bad day? But there are reasons why there isn’t a surplus of bush pilots. In three decades of flying in the Alaskan bush, Billy FitzGerald has negotiated his share of fickle weather and mechanical problems.

FitzGerald moved to Alaska from Boston in the 1970s. Through trial and error, he learned survival skills such as hunting, commercial fishing, and trapping with a dog team deep in the backcountry. After five years, FitzGerald was earning a living as a wilderness and hunting guide. He had always admired the skills of the bush pilots who took him in and out of the backcountry; after a successful commercial fishing season in 1986, he bought an Aeronca Chief. The Chief not only enabled him to complete his pilot certificate, but it also allowed him to start his Denali Trekking Co., which flies
clients into the wilderness for guided hikes.

The scenery is a photographer’s dream. There are bears, caribou, wolves, moose, and foxes amid tundra, lakes, and mountains. The ability to land and spend days hiking among the flora and fauna makes these trips special. FitzGerald and his wife, Ute, are known for their spot-on airdrops of freshly made brownies and cinnamon rolls to their clients’ remote camps.

Many of FitzGerald’s 4,000 hours have included flying biologists for wildlife studies. “We flew the proposed route of a natural gas line to identify live eagle nests and critical habitat in the corridor,” he said. “I flew for the Alaska Moose Federation to locate collision sites of moose with trains in order to identify problematic zones. I have also placed stream loggers for the Cook Inlet Keeper to measure young salmon habitat factors.”

Being a bush pilot does have its downside. “Hand-propping my floatplane with the starter engaged while the wind was blowing me across the lake was no fun,” FitzGerald said. “Landing in a swamp after an engine failure sure made my heart pound. I had a job to do and there I was, in a swamp.” He managed, with the help of friends, to make a one-inch timber boardwalk for his wheels to gain enough momentum for flight; and when he did, his worries disappeared in the wind.