Get the app Get the app
Already a member? Please login below for an enhanced experience. Not a member? Join today
News & Media Cirrus save ends with a hug

Cirrus save ends with a hug 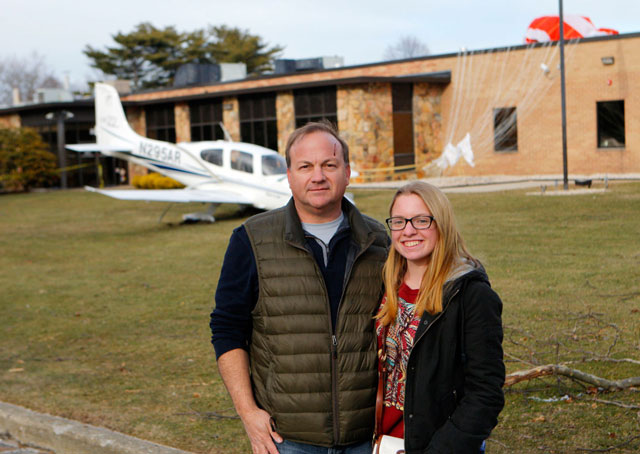 A college visit by New York pilot Louis Obergh and his 17-year-old daughter Rachel could have easily ended in tragedy, but instead it ended with a hug. Obergh was flying his Cirrus SR22 home to Republic Airport in Farmingdale on March 5 when the engine quit about nine miles out.

Obergh told the New York Post that he had already begun his descent, and had just 2,000 feet of altitude to work with over the densely populated area of Long Island. His daughter stayed “calm and cool” as her father attempted to restart the engine, but time was not on this pilot’s side.

“So I had to make the decision on whether to try to land or pull the parachute,” Obergh told the newspaper. “When you have a 17-year-old daughter on board, your first instinct is to pull the ’chute. You’re not near an airport, and you don’t want to hit trees at 80 or 100 miles per hour.”

A nearby surveillance camera captured the touchdown as the stricken Cirrus came to rest in front of Pall Corp. on Marcus Boulevard in Hauppauge, New York. The landing gear splayed as the aircraft touched down, absorbing some of the energy. Cirrus Airframe Parachute System deployments are not gentle, as pilots who have been there can tell you, but they do save lives.

A growing number of parachute deployments have been captured by cameras, including the CAPS activation by former Walmart CEO Bill Simon in November. Both Cirrus Aircraft and the Cirrus Owners and Pilots Association celebrate these saves (COPA reports Obergh’s rescue was number 63), and have stressed in recent years that pilots should not hesitate to activate. 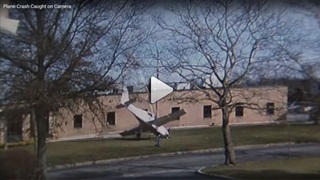 The surveillance camera in Hauppauge continued to roll as first responders arrived on the scene, with photographer Victor Alcorn hot on their heels. Alcorn had been monitoring the police and fire radio, and expected to find a very different scene. He was astonished to find two healthy people and an airplane resting under parachute shrouds, looking almost as if it had been placed there on purpose to decorate the building.

“This is new to me,” Alcorn said in a March 8 telephone interview. “That’s an industrial area over there ... if they didn’t have the parachute, what lives would have been, besides their own, at stake? That’s a system that should be pushed, just like the airbags in the car.” 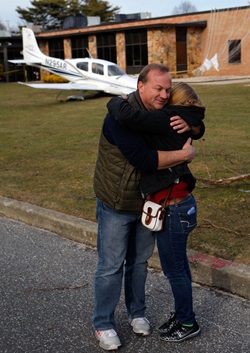 Alcorn said father and daughter escaped with barely a scratch, a minor cut on his forehead, and despite some post-landing jitters both father and daughter were in good spirits and agreed to have their picture taken in front of the airplane (and parachute) that had probably saved their lives.

“I told him, ‘play Lotto or something,’” Alcorn recalled. “This is a miracle.”

The technology and pilot training behind that “miracle” are major selling points for Cirrus, which offers standardized training for owners. Ballistic airframe parachute technology also has been made available to other aircraft manufacturers, and is becoming more widely available as either standard or optional equipment.

Obergh had enough time to say just two words to his daughter as he reached for the handle to deploy the parachute: “Hang on.”

“That’s what I did,” Rachel told the Post. “I was too in shock to say anything. It’s like life flashes before your eyes.”

Father and daughter embraced each other as Alcorn snapped photos of the survivors of CAPS deployment number 63. Rachel Obergh said the University of Rhode Island remains on her list despite the dramatic journey home, the Associated Press reported. 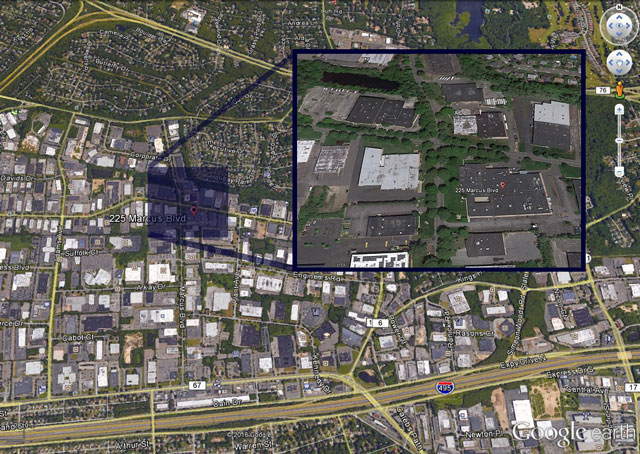