Get the app Get the app
Already a member? Please login below for an enhanced experience. Not a member? Join today
News & Media Quotes from GA giants 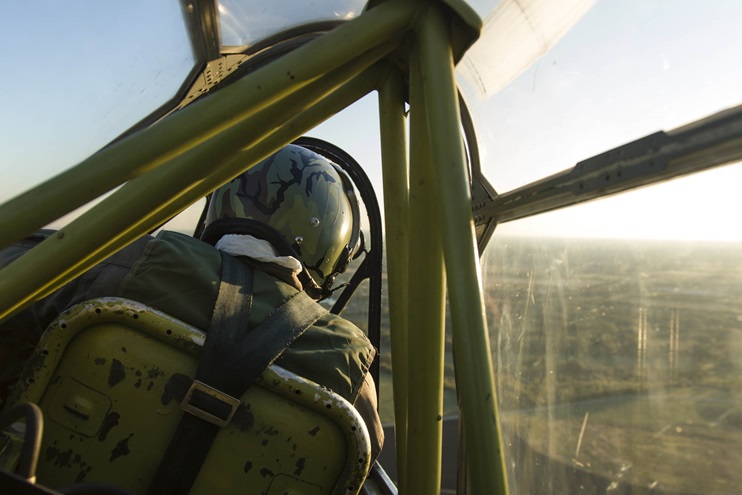 General aviation has always attracted larger-than-life personalities. Some of those who have shaped the industry since AOPA was founded more than 75 years ago are household names, but whether they’re well known or not, their contributions influence the way we fly and think about flying.

It is possible to fly without motors, but not without knowledge and skill.
—Orville Wright

You can’t hug your grandchildren or visit your adult children online. Playing Internet golf is no fun. Having a vacation home loses a lot of its charm when it takes you two days of every three-day weekend to drive to it and back. A personal airplane changes all those dynamics. The real barrier to entry isn’t as much cost as it is complexity. We try to make flying easy enough so you don’t have to be Superman to do it.
—Alan Klapmeier, co-founder of Cirrus Aircraft, now CEO of Kestrel Aircraft

I’m going to fly this thing, then I’m going to set it afire and never have another thing to do with aeroplanes!
—Clyde Cessna after an unsuccessful 1911 attempt at flight

The destruction of general aviation is now a distinct possibility. All of the forces that threaten its existence are visible on the horizon, and all of them are being fathered by the Department of Transportation and its subsidiary, the FAA.
—Max Karant, former AOPA Pilot editor, in a 1973 editorial

I fly because it releases my mind from the tyranny of petty things.
—Antoine de Saint-Exupéry, pilot and author

I’ve learned more about people through my association with aviation than I ever did about airplanes.
—Paul Poberezny, founder of the Experimental Aircraft Association

Ah, he never sat down at no table with a clean sheet of paper to do that. What he sat down with was a fifth of Johnny Walker Red.
—Art Mooney, joking about his brother’s M20 design

Flying was a very tangible freedom in those days; it was beauty, adventure, discovery—the epitome of breaking into new worlds.
—Anne Morrow Lindbergh

Mayor Daley has no honor and his word has no value. The sneaky way he did this shows that he knows it was wrong. We’re not going to allow the mayor to hide behind the fiction of homeland security for his reprehensible action.
—Former AOPA President Phil Boyer on the late-night destruction of Chicago’s Meigs Field

Nobody who has not been up in the sky on a glorious morning can possibly imagine the way a pilot feels in free heaven.
—William T. Piper, founder of Piper Aircraft

I resolved first to make enough money so I’d never be stopped from finishing anything.
—Bill Lear, inventor and Learjet founder

There’s a big difference between a pilot and an aviator. One is a technician, the other is an artist in love with flight.
—Elrey B. Jeppesen, founder of the Jeppesen air navigation firm

Learning to fly is one of humankind’s most inspiring achievements. When you learn to fly it changes who you are and how you think of yourself forever.
—John King, co-founder of the King Schools

I like to have around me people who find ways to do things, not tell me why they can’t be done.
—Olive Ann Beech, former Beechcraft CEO

Keep thy airspeed up, lest the Earth come from below and smite thee.
—William Kershner, test pilot, flight instructor, and author

There is no excuse for an airplane unless it will fly fast!
—Roscoe Turner, air racer

The day the first iPad was released marked the beginning of the end for paper maps and books on the flight deck. A whole generation of people are growing up having never used paper instrument procedures as a primary source. The iPad inspired us and will continue to make accessing and interpreting flight-related information faster and easier.
—Tyson Weihs, co-founder of ForeFlight

If you’re faced with a forced landing, fly the thing as far into the crash as possible.
—Bob Hoover, former test pilot and airshow performer

I want to be remembered for only one thing: my contribution to aviation.
—Howard Hughes

Always keep an ‘out’ in your hip pocket.
—Beverly “Bevo” Howard, aerobatic pilot and aviation entrepreneur

Why fly? Simple. I’m not happy unless there’s some room between me and the ground.
—Richard Bach, author and pilot