If the goal of the Santa Monica city government was to evict businesses from Santa Monica Airport, it scored what it sees as a success when Justice Aviation, a flight school and rental business, announced it will close its doors May 11. As part of the agreement, the city will pay Justice Aviation $450,000. 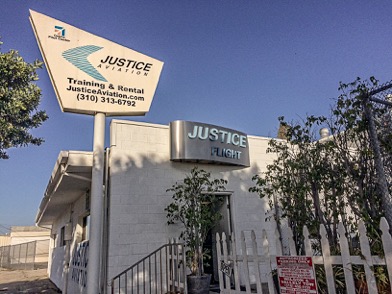 The school was “fairly well in debt” accumulated over the 23 years it was in business, owner Joe Justice told AOPA. In recent weeks the city had ordered Justice Aviation to pay landing fees the city doubled in 2013 and had concurrently served an eviction notice. Each landing now costs smaller aircraft more than $5, forcing students to fly elsewhere to practice landings. Justice paid the fees in three days but was surprised to find the eviction notice still in effect. The school had “a couple of accidents” that increased public opposition to the business, Justice said.

Operating from a small building, Justice Aviation was one of the larger flight schools in the Los Angeles area with 11 aircraft, only one of them owned by Joe Justice. It will be sold or leased to another flight school while owners of the other aircraft will decide individually what to do with their airplanes. They may end up at other flights schools that now will be a little busier than usual.

The city has denied three-year leases to other airport tenants including Gunnell Properties, Atlantic Aviation, American Flyers, and Krueger Aviation, an aircraft sales company at Santa Monica Airport. Since then Gunnell, a property management company, has vacated its offices but not Krueger, which continues aircraft sales and has other tenants including a maintenance operation in its building. An Atlantic Aviation official, which does not operate a flight school, said it will continue operations. An American Flyers school representative said it will stay open “indefinitely.”

AOPA and nine other organizations have argued successfully before the FAA that it should keep the airport open through Aug. 27, 2023, after the Santa Monica city government tried to slip out of an obligation to continue airport operations as required under a federal grant it received. The city has tried to close the airport for many years so it can redevelop the 227-acre airport. Presently high-rise buildings are prohibited within five miles of the airport. The airport has 173 businesses providing 1,500 jobs and contributing $250 million to the local economy.