Despite a continued improvement in the general aviation safety record, the NTSB Nov. 14 targeted GA loss of control on its Most Wanted list of transportation safety improvements for the third year. 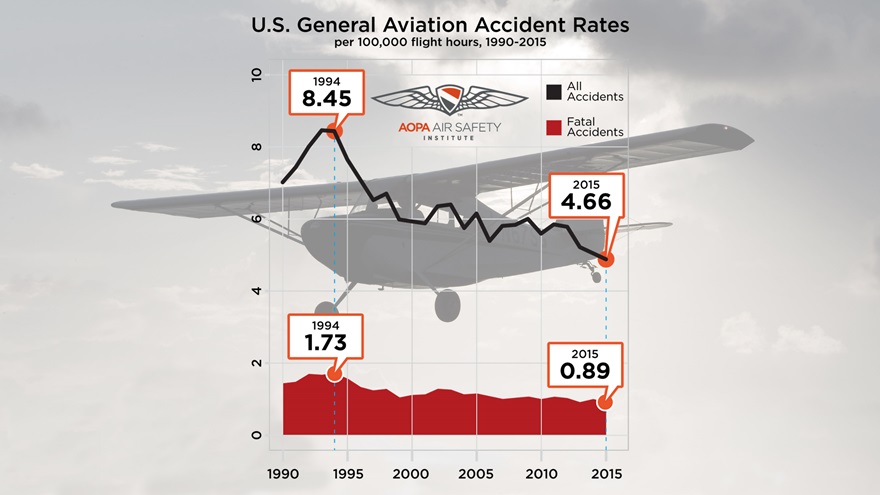 General aviation loss of control is on the NTSB's 'Most Wanted' list for the third year.
NTSB Chairman Christopher Hart, Vice Chairman T. Bella Dinh-Zarr, and Board members Earl Weener and Robert Sumwalt participated in the announcement, and Weener noted that almost half of GA’s fatalities were due to loss-of-control accidents. The NTSB said “better training on how to eliminate distraction, avoid stalls, and manage weather issues will put pilots back in control and give them better command of their outcomes.” 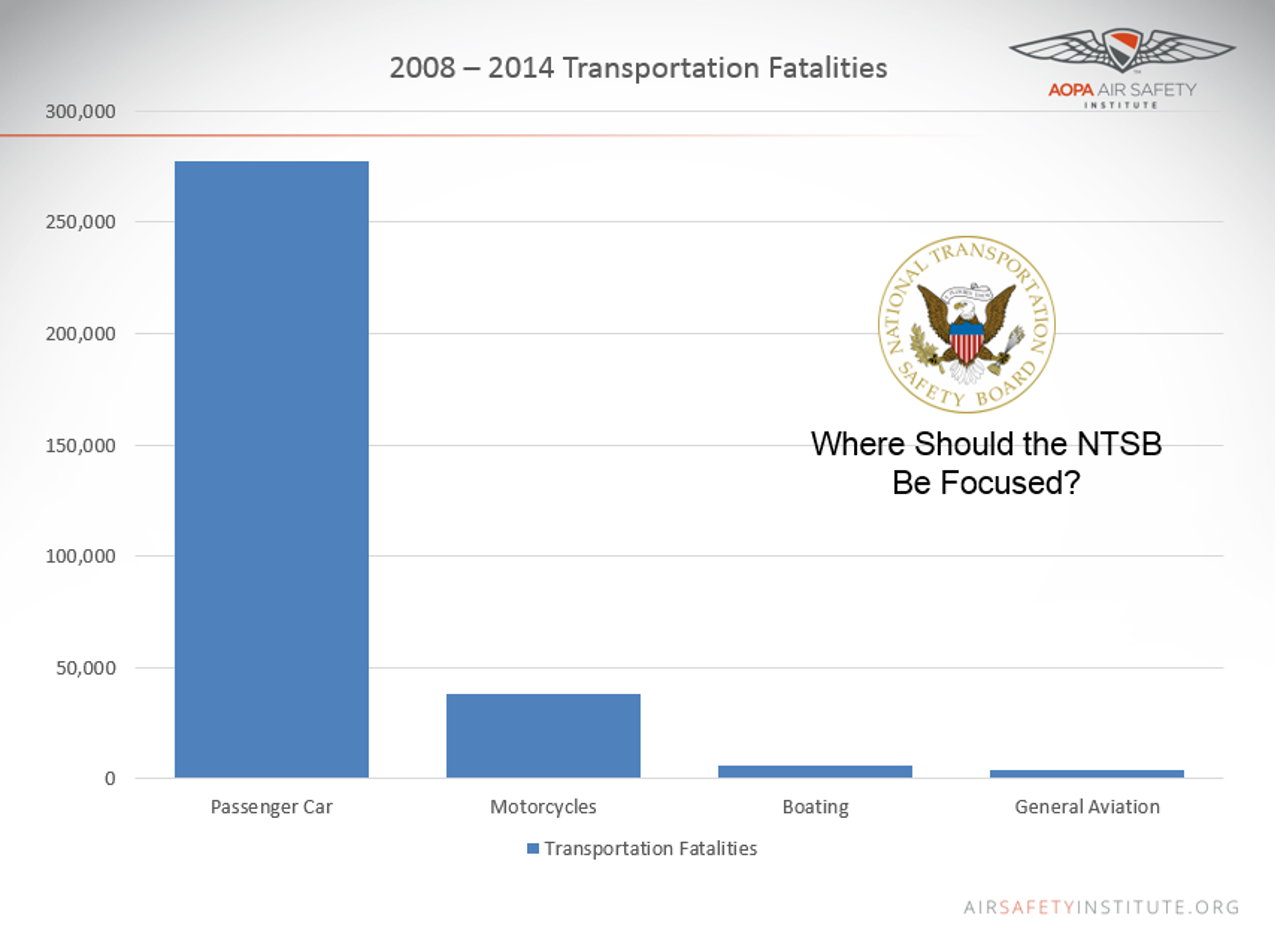 The inclusion of GA on the 2017-2018 Most Wanted list comes less than two months after the board released its 2015 accident statistics stating that GA “accidents and fatalities continued their downward trend in 2015.” In that announcement, Hart said, “Even though the fatality rate in 2015 was the lowest it has been in many years, 376 people still lost their lives,” and that GA would remain on the Most Wanted list until more improvements had been made. The addition of GA loss of control to the list for the third time will make a total of four years that it has been an area of focus for the NTSB. Previously, GA safety in general was on the list for two years; aviation weather-related accidents and helicopter operations also made the list one year.

“AOPA believes even more progress can be made by allowing pilots to install modern and proven safety enhancing equipment in aircraft,” Perry said, noting that “the rules that currently govern equipment modernization in general aviation aircraft often times stifle innovation.”

The association has been a strong advocate for revamped regulations and policies to streamline the aircraft certification process for new aircraft and make it easier for owners of existing aircraft to add non-required safety enhancing equipment (NORSEE). AOPA supports the FAA’s effort to rewrite 14 CFR Part 23 aircraft certification regulations to improve safety and technological advancements in new aircraft as well as the agency’s NORSEE policy. However, AOPA also has urged the FAA to “undertake a comprehensive policy reform initiative to streamline and simplify design, production, and installation approval for engine and fuel monitoring systems, propulsion accessories, flight displays and avionics, autopilots, and other safety-enhancing equipment.” 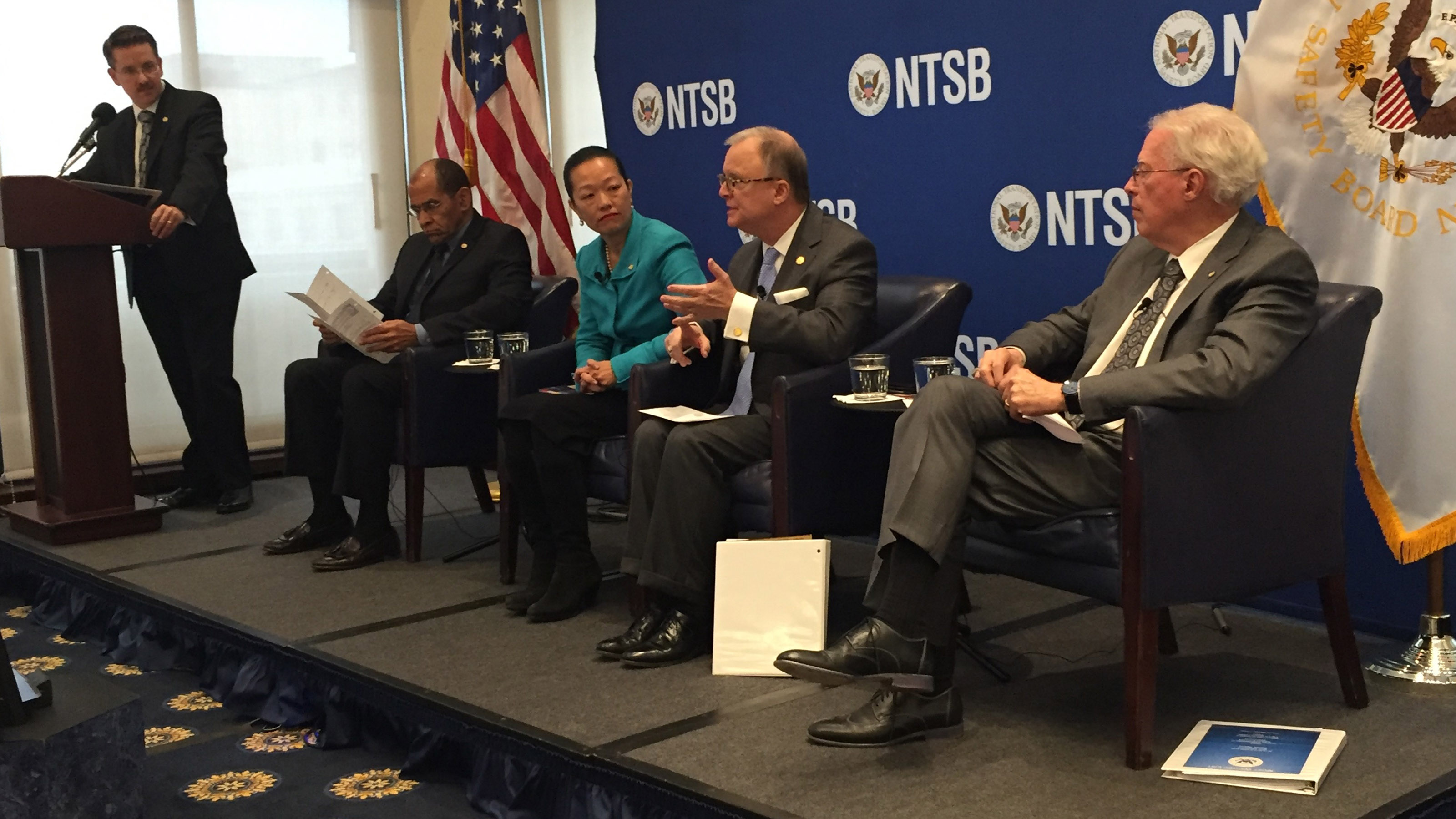 “With access to the latest technologies in the cockpit and future training improvements we hope pilots will benefit and continue to make gains in aviation safety,” Perry said.

In addition to supporting and advocating for friendlier policies and regulations that make it easier to install safety equipment on the existing GA fleet, the AOPA Air Safety Institute will continue to work with the FAA and NTSB to promote free safety education courses for all pilots. The institute develops free online courses and quizzes, in-person safety seminars, and in-depth flight instructor refresher courses.

The NTSB, which has announced its Most Wanted list yearly since 1990, will begin releasing the list every two years in an effort to give the various transportation industries more time to implement safety and training changes and ultimately improve in those areas highlighted.