Get the app Get the app
Already a member? Please login below for an enhanced experience. Not a member? Join today
News & Media FAA process clarified for pilots seeking ADS-B rebates

More than 2,300 aircraft owners applied for a $500 rebate in the first two weeks of the FAA’s program to encourage early installation of Automatic Dependent Surveillance-Broadcast Out (ADS-B Out) systems in their aircraft ahead of the Jan. 1, 2020, deadline. 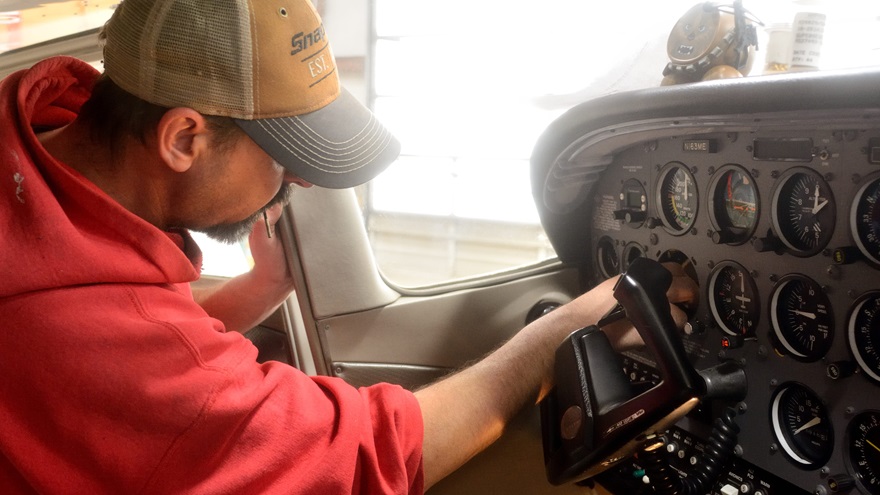 Lancaster Avionics technician Scott Kuhns installs a FreeFlight Systems UAT control head in a Cessna 172. The UAT will provide both ADS-B Out and In capabilities. Photo by Mike Collins.

The volume of activity has highlighted the need to clarify some aspects of the program, especially to ensure that pilots conduct proper flight tests and carry out other steps in accordance with the rules, said Rune Duke, AOPA director of airspace and air traffic. The rebate program, a collaboration between the FAA and AOPA, the Aircraft Electronics Association, and the General Aviation Manufacturers Association, is intended to motivate owners of less expensive general aviation aircraft to install ADS-B Out equipment ahead of the 2020 mandate to avoid potential bottlenecks at installation facilities.

Several elements of the program have been the source of misunderstandings, said some of the pilots who contacted AOPA’s Pilot Information Center and the FAA.

The Public ADS-B Performance Report (PAPR) that validates the required flight testing, Step 4 of the rebate process for an ADS-B Out installation, has been one such element. In some instances, pilots received a PAPR advising “no flight information available.” In many of those cases, the pilot had requested the PAPR immediately after flying. Pilots should wait a minimum of one hour to request the PAPR, to ensure that the flight information is available within the database. Also derived from the PAPR request is a General Aviation Incentive Requirements Status (GAIRS) report, which provides a summary of three testing parameters: aircraft registration, airspace detection, and ADS-B rule compliance. If all are satisfactory, the GAIRS report will include an incentive code required to complete the rebate process.

According to the advisory circular that provides recommended flight profiles and maneuvers to perform during the Step 4 Fly/Validate portion of the rebate process, “fly the aircraft at multiple altitudes throughout the flight within ADS-B coverage. There is no maximum or minimum altitude required for the flight test. During the flight, place the aircraft in various normal configurations such as takeoff, approach, landing, and cruise configuration if appropriate for the airframe. During the flight, perform at least two left and two right 360-degree turns.” The advisory circular’s Table 5 provides suggested parameters for the turns, which should be made at 1.4 VS to 1.8 VS and at 30 degrees of bank. Climbs and descents should be at least one minute in length. The profile also requires pilots to fly a north/south course that crosses a known waypoint, followed by an east/west course that crosses the same waypoint.

Pilots’ unfamiliarity with details of the flight test requirements—including location, what maneuvers to conduct, and the flight test’s length—also resulted in some PAPR and GAIRS reports coming back with elements marked in red, indicating failure to meet the requirements of at least one of those testing parameters. For an ADS-B validation flight to meet the FAA rebate requirements, it must be made in airspace where ADS-B Out will be required—rule airspace—and not simply in airspace with ADS-B ground station coverage.

To further clarify testing requirements, the FAA notes that flying and maneuvering for 30 minutes within ADS-B ground station coverage alone does not meet the intent of the recommended maneuvering. The intent of performing various maneuvers for the full 30 minutes within specified rule airspace is to evaluate the overall system performance after installation. The performance parameters identified in the 2020 ADS-B rule are defined to ensure that an aircraft meets all performance requirements in various phases of flight, not just level flight within ADS-B coverage. The additional maneuvering requirements are needed to ensure that the aircraft is providing the correct indications to the ground infrastructure during all applicable phases of flight, and if within ADS-B coverage during surface operations. 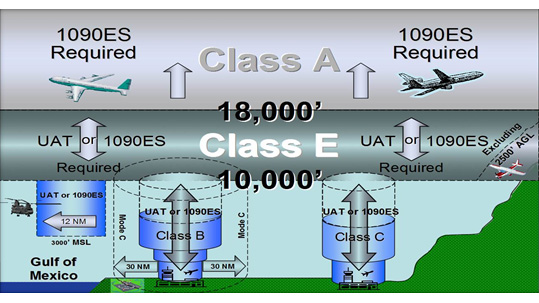 Additionally, some confusion and resultant failures occurred because some pilots did not perform the rebate validation flight maneuvers in ADS-B rule airspace. The ADS-B Controlled Airspace Map indicates the location of rule airspace and provides a graphic detailing the various controlled airspace designations.

Some aircraft for which ADS-B rebates are being sought have shown up in the FAA database as ineligible after portable ADS-B equipment had been used aboard them. The program applies only to aircraft not previously equipped with rule-compliant ADS-B systems—but an aircraft that used a portable ADS-B unit is not disqualified, Duke said, adding, “The FAA will work with these pilots to validate that they had a portable unit, and will require additional steps prior to being able to reserve and post-installation to verify that compliant equipment has now been installed.”

A pilot who has had a portable unit will be required to send an email requesting to reserve a rebate, including an attached picture of the portable unit’s serial number or proof of purchase, with the pilot’s name and unit serial number clearly visible. The FAA Rebate Team will look at various flight tracking software to observe if the applicant has filed a fight plan within the system, both with ADS-B and without. It is recommended to have conducted at least one recent flight without the portable ADS-B unit in use. Upon verification the FAA Rebate Team will provide a response via email either indicating the system has been updated to allow the user to continue with the rebate or asking for additional clarification. If the applicant is permitted to reserve, prior to approval of the rebate claim, the applicant will also need to provide an email with an invoice attached indicating the purchase of a permanently installed system which includes the applicant’s name and make/model/part number of the unit installed.

A few pilots have reported that they were unable to schedule their ADS-B Out installation within 90 days of reserving their rebate, as the FAA rebate site requires, because of avionics shops’ workloads. One option for pilots facing that complication is to schedule the installation at another nearby installation shop, Duke said. Avionics manufacturers participating in an ADS-B panel at the Oct. 1 AOPA Fly-in in Prescott, Arizona, noted that pilots can indicate a reservation date at the system’s maximum allowable 90 days out. If the installation takes place after that date, the only effect will be that the aircraft owner has less than 60 days left to fly and validate the installation. Pilots should keep track of the combined total time limit of 150 days, as exceeding it may require reapplying for a reservation.

AOPA is monitoring the extent of avionics shop backlogs exceeding 90 days and requests that pilots who encounter it send AOPA an email.

In August, AOPA reported on the FAA’s new web interface with its ADS-B Performance Monitor that makes it easier and faster for pilots to validate their installations and receive a performance report. To date there have been 4,022 requests for the report. Pilots interested in learning more about post-installation issues should review the report.

One way to head off headaches with a rebate application is for aircraft owners to make sure before getting started that their aircraft’s record in the FAA’s civil aircraft registry is correct. Check it here. Additional information about this step can be found in the rebate program rules.

The ADS-B rebate is considered taxable income, according to the FAA. Pilots can have other questions answered via the FAA’s rebate help email address. Note that the FAA had to respond to more than 600 emails in the first week of the rebate, but is responding promptly to pilots’ questions.

Aircraft owners who are just now beginning to research the rebate program can view this FAA instructional video for details.