Get the app Get the app
Already a member? Please login below for an enhanced experience. Not a member? Join today
News & Media Dates set for Leesburg mobile control tower operation

Saab Sensis Corp. will operate a mobile air traffic control tower at Virginia’s Leesburg Executive Airport for several weeks this fall in support of a project to test technology that could establish remotely provided air traffic control services for the airport and perhaps others in the future.

In August, AOPA participated in a safety panel that performed a preliminary study on the potential use of remote air traffic control services. AOPA provided input in the safety assessment for testing of the Leesburg remote tower system.

While the mobile control tower is in operation during the test period, controllers in Leesburg's remote tower “will be doing shadow work but will not be talking to aircraft,” said Rune Duke, AOPA director of airspace and air traffic. 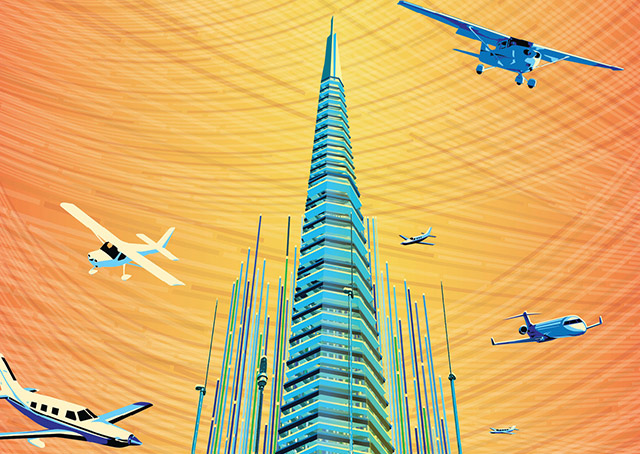 When the mobile control tower is operating, inbound pilots will be required to make radio contact at a minimum distance of four nautical miles from the airport, and must remain clear of Class B airspace unless in communication with Potomac Approach Control. Pilots can reference 14 CFR 91.126, “operating on or in the vicinity of an airport in Class G airspace,” for additional information about procedures.

New operating requirements within the Leesburg Maneuvering Area are listed in a Sept. 22 flight advisory. Pilots must still comply with the unique transponder code requirements, while also being in two-way communication with the mobile tower during its operating hours. Pilots should review the new flight advisory to ensure the new procedures are understood.

The FAA will host two town hall meetings on the new procedures at Leesburg Executive Airport on Sept. 29 and Oct. 1. Pilots may register online for either session.

The movement area at Leesburg Executive Airport will be marked with painted lines for identification by pilots and vehicles operating on the surface.

Notice of the mobile control tower hours of operation will be included in Leesburg’s automated weather broadcasts.

Leesburg is the first test site for the system. FAA validation of the technology could eventually lead to the establishment of remote tower services and Class D airspace at the airport.

Beyond the typical advantages provided by a control tower—such as resolving uncertainty about the runway in use, making IFR operations more efficient, sequencing a mix of IFR and VFR traffic, video recording of activity, and more—a unique benefit of a remote tower in Leesburg would be enhanced security, as the tower and the National Capital Region Coordination Center working together could make positive identification of aircraft that inadvertently cross Washington, D.C., Special Flight Rules Area boundaries during arrivals or departures, the company said.