Aviators from Portland, Oregon, to Charleston, South Carolina, are making plans to fly to airfields within the arc of a total solar eclipse Aug. 21 for a prime vantage point. The phenomenon sweeps across the United States for the first time in 100 years, and general aviation pilots are in a position to make maximum use of their mobility. Pilots can quickly fly to a more favorable location if the forecast calls for less than a perfect view. 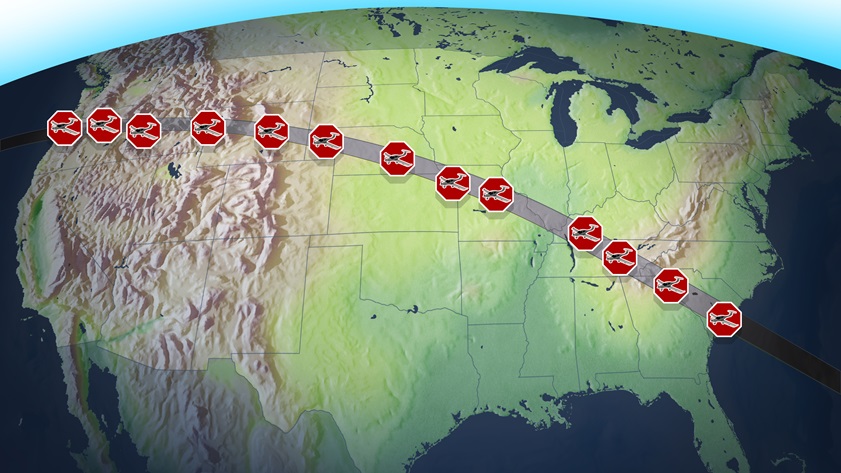 Astral aficionados in the Lower 48 will have about two and a half hours to view the spectacle occurring on such a large scale for the first time since World War I. The last such occurrence was June 18, 1918, when aviation was still in its infancy.

A NASA fact sheet explains that during a total solar eclipse the moon completely hides the sun in its umbral shadow because the moon is “close enough to Earth to completely cover the sun” and the sun's “faint corona is then safely revealed to the naked eye.”

AOPA has pointed out a few of the total solar eclipse’s hot spots—centers of viewing activity or areas where nature provides the perfect photographic backdrop—for the once-in-a-lifetime event.

Oregon’s Independence State Airport in Salem takes the honors as the first airport to witness the eclipse’s longest duration. Pacific Northwest aviation enthusiasts have several viewing options including an Eclipse Weekend at the Oregon State Capitol, an Eclipse Festival at Coria Estates, and the Oregon Museum of Science and Industry’s viewing party at the Oregon State Fairgrounds. At the other end of the country, the inviting turf field at South Carolina’s Triple Tree Airport in Woodruff has excellent camping facilities and is a likely gathering area for pilots based in the Southeast.

Other hot spots include Idaho Falls, Idaho, near the Sawtooths; Jackson, Wyoming, near the heart of the Teton Range; North Platte, Nebraska’s Sand Hills; St. Joseph, Missouri, which will experience some of the eclipse’s longest durations; Carbondale, Illinois, with five viewing party options; Nashville, Tennessee’s Music City Solar Eclipse; and the Eastern Seaboard just north of Charleston, South Carolina, where the solar event exits the mainland.

Airports along the path

The public and private airports listed below are intended to give pilots an idea of airfields along the route of the total solar eclipse. Pilots should perform due diligence beforehand to determine if their destination has adequate facilities or requires prior permission.

A single asterisk (*) indicates that a special activity is scheduled or the airport is in the longest-duration area or both.
Two asterisks (**) indicate airports that are within the longest duration of the eclipse.

St. Joseph/Rosecrans Memorial Airport*
First airport in Missouri in eclipse path, three Total Solar Eclipse events nearby, bend in the Missouri River at French Bottom. This area in Missouri along the Kansas border has some of the longest eclipse durations and the large field near the airport is a good viewing spot.
Event information is available online.

Blairsville/Blairsville Airport
High mountain airport, close to Brasstown Bald. Georgia only gets a tiny piece of the eclipse.

Clayton/Heaven’s Landing Airport
One of the highest airfields in Georgia, adjacent to the Tallulah River, nestled among the southern Appalachian Mountains

Weather watchers are combing meteorological charts to determine the best locations to view the event. Several general aviation airports along the 70-mile-wide cross-country swath of totality have established arrival procedures to help combat the expected crowds; motels have been booked for months; and transportation department officials are predicting an “onslaught” of motorists seeking vantage points.

FAA Deputy Regional Administrator for the Central Region John Speckin is reminding pilots to maintain vigilance for increased air traffic, check notams before departure, and carry the current U.S. chart supplements. He said some airports might already be at capacity while others plan to park aircraft on secondary runways. Speckin also suggests pilots call the destination airport ahead of time for specifics; use air traffic services when available; file VFR flight plans; use IFR operations when appropriate; and in general, “let air traffic control assist you.”

Depending on sky conditions, pilots should be in the best position to move around the country because most of the United States will experience at least a partial solar eclipse. Pilots worried about violating any of the federal aviation regulations when the sun’s illumination briefly disappears should not fear. Flying in the daytime darkness does not qualify as night flying, according to AOPA Pilot Information Center specialist Paul Feldmeyer.

The event begins when the moon slides in front of the sun at 10:16 a.m. Pacific Daylight Time near Oregon’s Siletz Bay State Airport. Three time zones later, the Great American Eclipse exits the country at 2:48 p.m. Eastern Daylight Time near South Carolina’s Mt. Pleasant Regional-Faison Field Airport, throwing parts of 14 states into total daytime darkness along the way. Approximately 12 million people live along the band of totality, and some 25 million reside within a day’s drive. The entire event lasts one hour, 33 minutes. 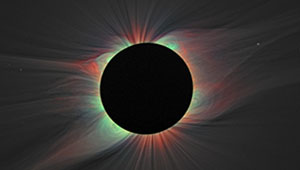 Pilots planning to view the Aug. 21 total solar eclipse as it tracks across the country from Oregon to South Carolina are in the final stages of gearing up for the celestial phenomenon. For aviators without a plan—or an airplane—there is still hope. Read article. 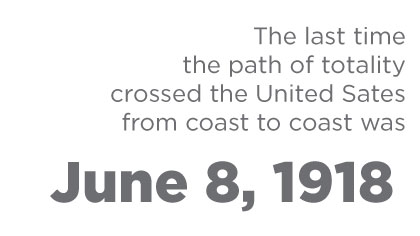 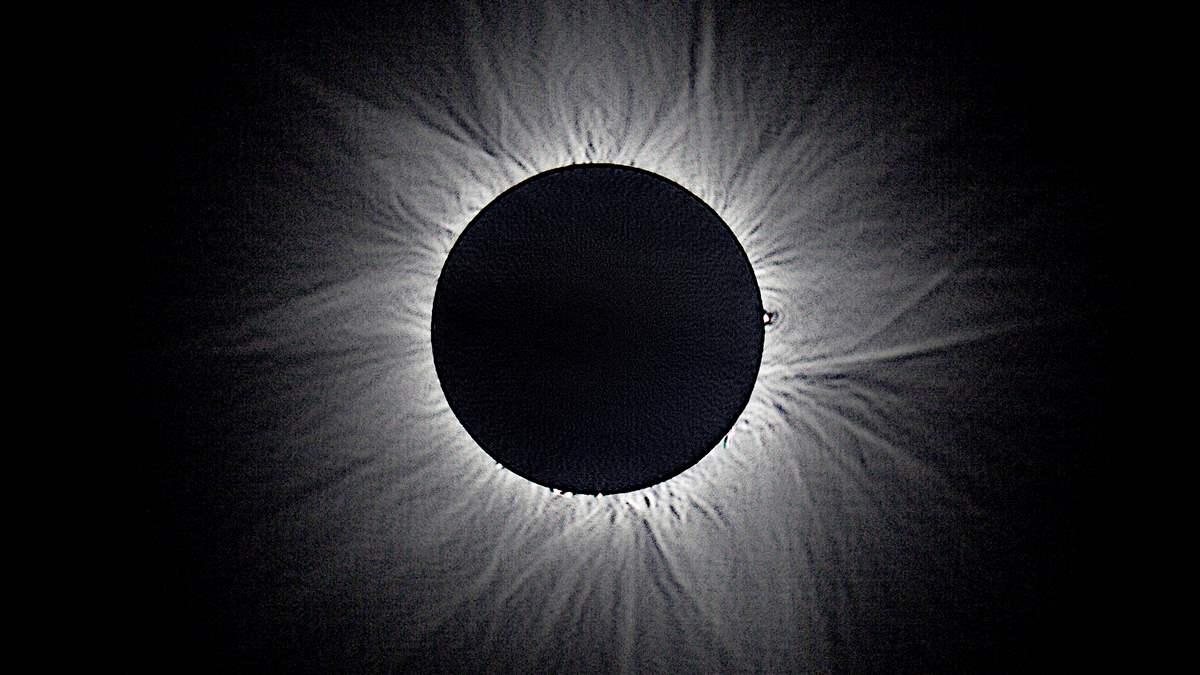 On Aug. 21, a total solar eclipse will sweep across the continental United States for the first time since 1918. Astronomers are calling it the Great American Eclipse. Beginning at 10:15 a.m. Pacific Daylight Time on the Oregon coast and heading east like an accelerated sunset-in-reverse, what’s known as the path of totality will cut a 60-mile-wide arc across Idaho, Wyoming, Nebraska, Missouri, and Tennessee before crossing the South Carolina coast an hour and a half later. Read article. 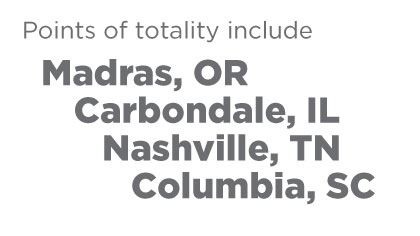 After the checkride: take in the solar eclipse

On August 21, the United States will be treated to a total solar eclipse, and pilots are uniquely positioned to get the best views of this event—because we can fly to where there’s no cloud cover. Read article. 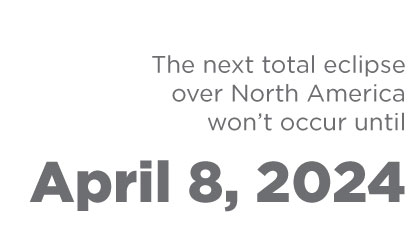 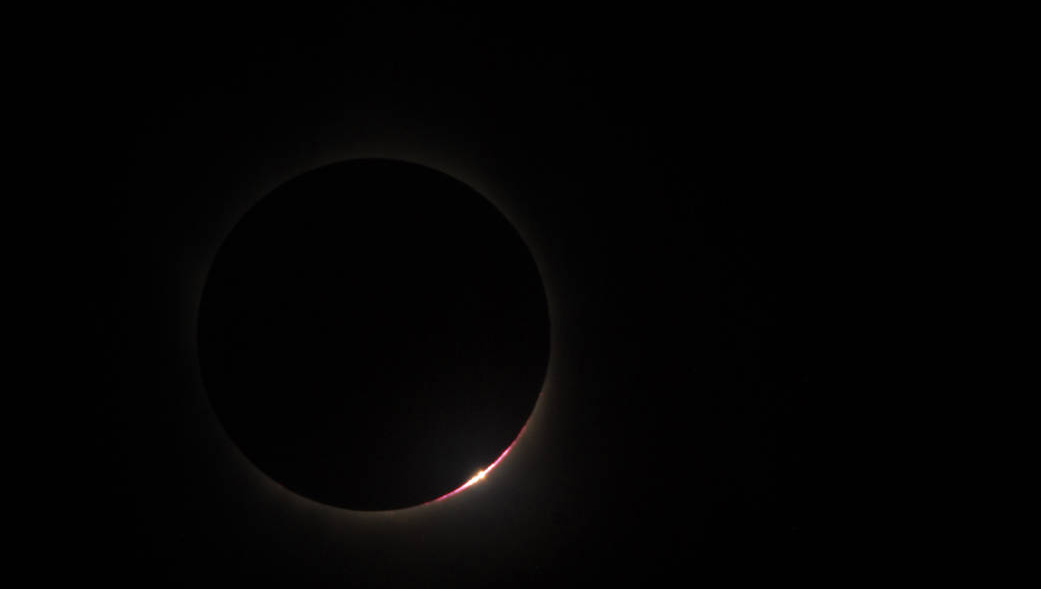 Countless celebrations, observations, and education-based activities are planned for the total solar eclipse that will sweep northwest to southeast across North America on Aug. 21. Read article. 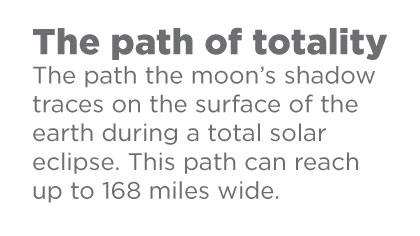 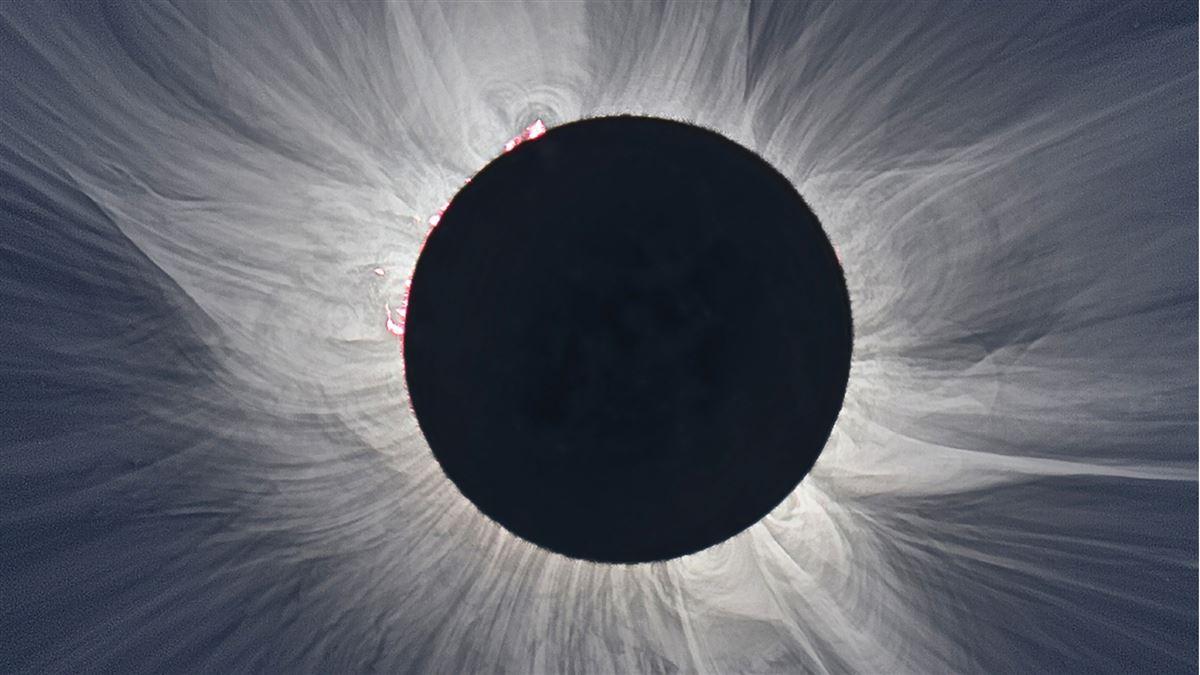 Aviation enthusiasts in the Mountain West who are up for a unique solar eclipse experience might consider viewing the Aug. 21 spectacle from Riverton, Wyoming. Balloonist Patricia Newlin is helping organize a weekend of hot air balloon rides among the scenic Wind River Range in the days leading up to the once-in-a-lifetime event. Read Article. 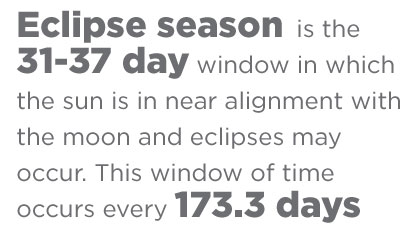