Get the app Get the app
Get the latest news on coronavirus impacts on general aviation, including what AOPA is doing to protect GA, event cancellations, advice for pilots to protect themselves, and more. Read More
Already a member? Please login below for an enhanced experience. Not a member? Join today
News & Media High school students build simulator

Students with the Lakeland Aero Club are showing off their skills this week at the Sun ‘n Fun International Fly-In and Expo by assembling a Redbird FMX. 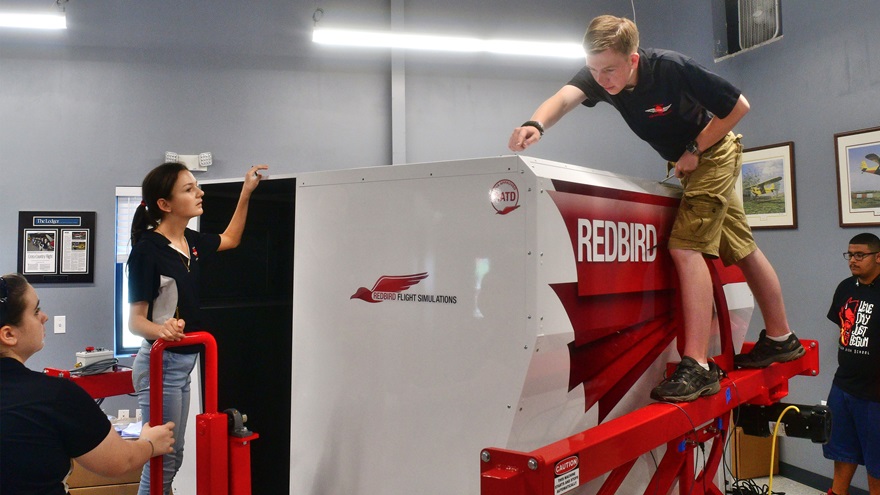 Around 20 students gathered in a back room at the Aero Club’s hangar at Lakeland-Linder Regional Airport this week to construct the full-motion simulator. The device was donated anonymously, and will serve the students at the club, as well as college students at nearby Polk State.

Freshman Sean Stoltz of Eagle Lake, Florida, and sophomore Katie Esker of Lakeland, are leading the effort. The two spent a week at Redbird’s facility learning how to build the device, and prepare it for operation. The simulator was then disassembled and shipped to Lakeland, where the leaders are showing fellow students how it’s done.

Esker says the trip to Redbird in Austin, Texas, was her first away from the East Coast, and that it was a great learning experience. “I had a lot of fun,” she said. “We worked really hard.”

Club instructor Mark Ducorsky chose Esker to attend based on her work with one of the club’s other projects. Students are building a motorglider from a kit, and Ducorsky said he was impressed with Esker’s work. “She was really into it and mature,” he said.

Membership in the Aero Club is open to any student in Polk County, Florida, but most attend the adjacent Central Florida Aerospace Academy. The students have an aviation science, technology, engineering, and math-focused curriculum at the school, and then apply it through hands-on work and flying at the club.

Esker became interested in aviation after attending a summer camp at the airport. She said she loves aviation because it keeps you on your toes. “I just like challenging myself.” Despite having no previous experience with models, helping her parents tinker around the house, or in a shop, she dove right in to the kit project and the Redbird construction. “I try to say yes to everything and do everything I can,” she said.

Stoltz’s path has been a little more defined. His dad is a pilot for Netjets, and the school and club are great outlets for his interests. He also works at a maintenance shop on the other side of the airport when he’s not in class or at the club. He said the Redbird isn’t too hard to construct, although there are more than 100 steps. “The attention to detail and the terms are fairly similar to aircraft maintenance,” he said.

As the construction went on, Stoltz and Esker guided the other students through the steps, acting more as professional installers than students working on their first job. Ducorsky has big plans for the simulator. They ordered panels that matched the aircraft at Polk State college, and he hopes to put it on the school’s Part 141 certificate. That will enable students to learn to fly in high school and transfer directly to the college on the same equipment. “It’s going to pay dividends for years and years to come,” he said. 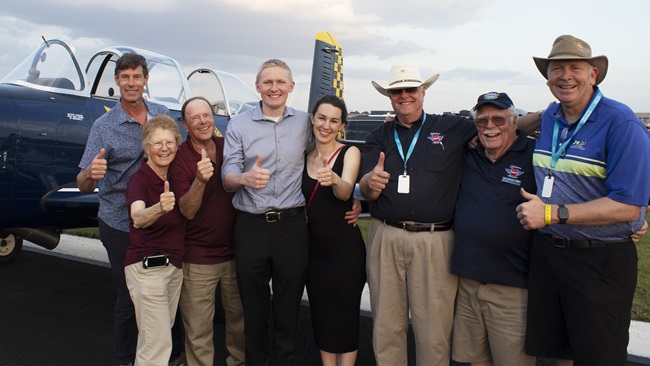 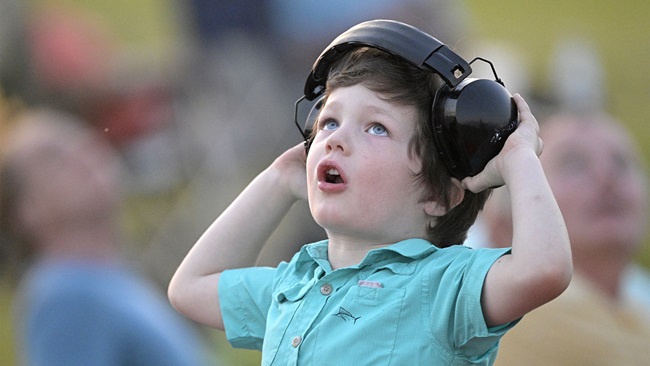 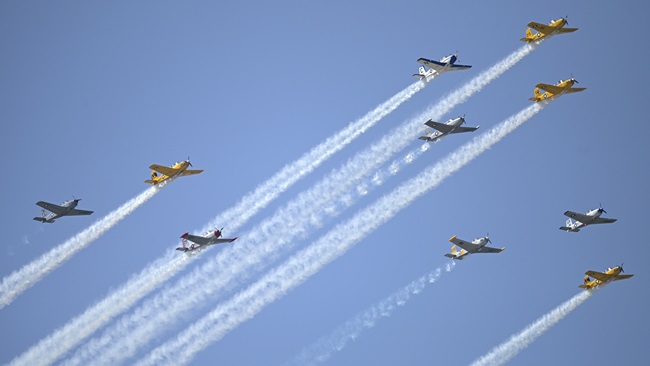