Get the app Get the app
AOPA Members DO more LEARN more SAVE more - Get MORE out of being a pilot - CLICK HERE
News & Media Amid warnings, drones respond to Hurricane Harvey aftermath

Editor's note: This story was updated Sept. 1 to include additional information.

While the FAA, first responders, and other officials pleaded to keep untrained drone pilots from flying their unmanned aircraft in the disaster area after Hurricane Harvey, drone response crews from Texas A&M University’s Center for Robot Assisted Search and Rescue were deployed at the request of Fort Bend County’s Office of Emergency Management to monitor ongoing flooding. 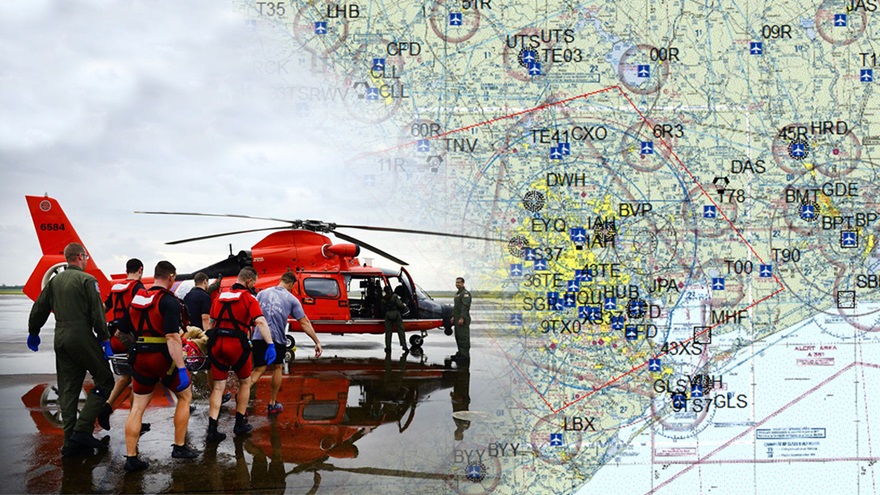 As the scale of the catastrophe that inundated a huge area in and around Houston became clear, the FAA imposed temporary flight restrictions that were requested by emergency responders including U.S. Coast Guard and National Guard air crews flying helicopters to pluck stranded survivors from rooftops.

Even as rain continued to fall in torrents for days following the initial landfall of the hurricane on Aug. 25, drones flown by private individuals and news organizations captured images of devastation—and, in some cases, interfered with rescue operations that were literally matters of life and death.

“The FAA warns drone operators that flying an unauthorized drone could interfere with local, state and federal rescue and recovery missions. You could be subject to significant fines if you interfere with emergency response operations,” the agency reiterated Aug. 30. “Flying a drone without authorization in or near the disaster area may violate federal, state, or local laws and ordinances, even if a TFR is not in place. Allow first responders to save lives and property without interference.”

The American Red Cross issued a call for volunteer drone pilots on social media, and several rushed to the area, using Facebook to put the word out for supplies, spare batteries, drones, radios, and foul-weather gear. The newcomers arrived to a chaotic situation, a region where basic necessities like beds, bathrooms, and food were hard to come by. Unlike the trained professionals of the federal Urban Search and Rescue teams that deploy with supplies and equipment that make them self-sufficient, so as to not create additional burden on already devastated infrastructure, those who lacked the experience, training, and equipment risked adding to the burden of a system struggling to enter recovery mode.

In addition, Texas law prohibits non-government operators from overflying private property without the owner’s permission, a complicating factor that out-of-state responders might not have known.

“We’re seeing a lot of people get caught in that,” said Robin Murphy, director of the Texas A&M University Center for Robot Assisted Search and Rescue and the affiliated volunteer group Roboticists Without Borders.

Murphy, a professor at the university, is one of the world’s leading experts in robot-assisted disaster response, having personally responded to more than 25 major incidents since 1999. She was reached by cell phone on Aug. 31 as she worked with a CRASAR team deployed to support the Fort Bend County Office of Emergency Management, a public agency which CRASAR has worked with in previous incidents.

“We’re sleeping on the floor,” Murphy said, noting that food, gasoline, and other essentials remained in short supply. Murphy expected the CRASAR team to be deployed for a month or more, with a mission to monitor the flooding that came first from a massive amount of rain (more than 50 inches fell in a few days in some locations), then from rivers swollen by the draining watersheds. CRASAR volunteer Justin Adams was designated as the county air boss, coordinating both manned and unmanned traffic in the area. Murphy said the Red Cross call for volunteers may have complicated matters in ways that the organization did not anticipate, though no significant traffic conflicts or other problems had resulted, as far as she was aware.

“This is part of everybody trying to learn how to do this,” Murphy said, noting that she continues to learn from each new disaster response effort herself.

Murphy also took issue with critics who alleged, online and on television news shows, that the FAA and other agencies were grounding drones and squandering opportunities to respond and help locate trapped survivors, or inspect hospitals. Murphy said the flight restrictions imposed by the FAA were imposed to maintain safety and order in a large-scale aerial disaster response.

“It’s very sad to see this public dialogue about why the rules are wrong,” Murphy said. She said the unmanned-aircraft and manned-aircraft pilots were, in fact, coordinating well, and the trained professionals directing the flights were not missing opportunities to save lives or property. “We’re getting to where we can all play together.”

The FAA reported Aug. 31 that 43 unmanned aircraft operation authorizations had been issued to date to support response and recovery efforts. Eight of those approvals went to a railroad operator to survey damage in Houston; five more were issued to oil and energy companies to inspect their facilities; four were issued to news organizations. The FAA noted that operating in the Houston area while the temporary flight restrictions remained in effect requires sponsorship by a government entity, and authorization must be obtained from the FAA System Operation Security Center. Qualified applicants may contact the center at 202/267-8276, and send a backup email to the center with the request.

Murphy posted a blog Aug. 30 with advice for drone pilots who want to help. In summary, for those without training and established relationships with emergency response agencies, it was already too late to contribute, and rushing to the region with a drone in hand would likely cause more problems than solutions.

AOPA Senior Director of UAS Programs Kat Swain, who is also a member of Roboticists Without Borders and a veteran of multiple disaster response deployments, also fielded many requests for information or direction from well-meaning individuals who wanted to help with drones. Swain’s advice is to focus on training and preparing for the next disaster, “not just showing up at the door, because you become an additional burden to the responders and you may not even realize it.”

Murphy said she views unmanned aircraft in a disaster area in much the same way she looks at guns at a police incident: While a private individual may have a permit, weapon, and training, it does not mean a private citizen can volunteer on the spot to participate in a SWAT response: “You have to have been there before, trained with them, and be deputized. We’d all like to be deputies and help, but we don’t realize there’s a lot of work to being a police officer.”

While emergency responders and the FAA were basically begging people to keep drones clear of the area, drones are expected in huge numbers once the skies are clear of rescue helicopters and the recovery phase begins. Insurance companies were expected to deploy hundreds, possibly thousands of drones to support claims adjusters in the weeks and months to come.

"Harvey is an opportunity to see whose drones are capable and whose are merely toys," said George Mathew, chairman and chief executive of Kespry, a drone company based in Menlo Park, California, in an interview with Fortune. "Harvey is a seminal moment for the industry." 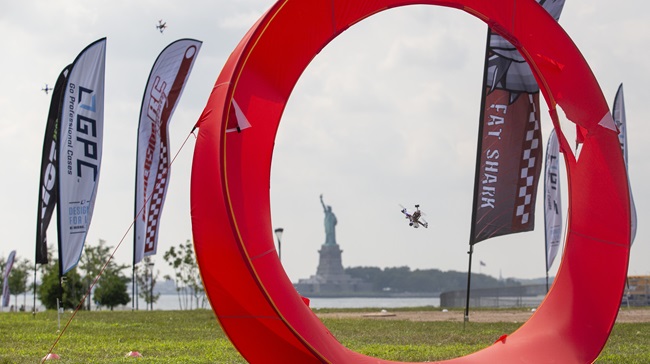