Get the app Get the app
Already a member? Please login below for an enhanced experience. Not a member? Join today
News & Media ADS-B in Alaska

Automatic dependent surveillance-broadcast (ADS-B) wasn’t invented in Alaska, but the technology was validated there between 1999 and 2006 during the Capstone Project, a joint FAA/industry initiative to improve aviation safety and efficiency in Alaska. The FAA provided ADS-B avionics and color GPS moving maps for participating aircraft, as well as the supporting ground infrastructure. The initial phase involved 208 aircraft, primarily air taxis operating between Bethel and the Yukon and Kuskokwim river deltas in southwest Alaska. 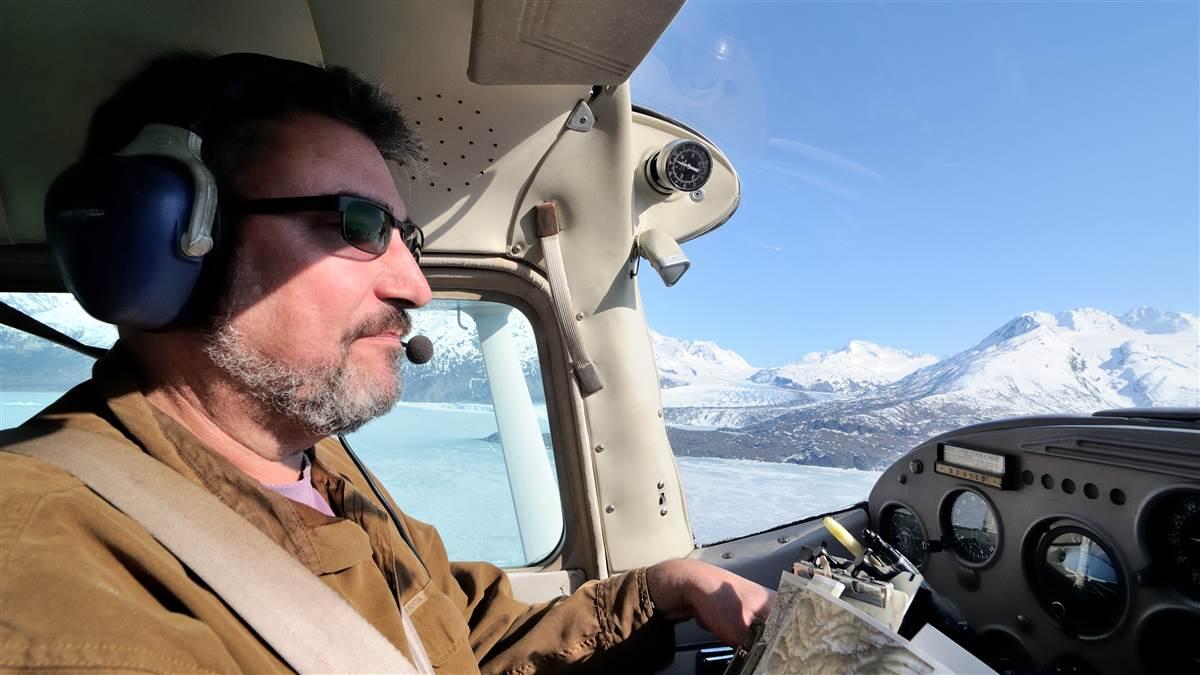 Jim Cieplak tours the Knik Glacier, in the Chugach Mountains east of Anchorage, in his Cessna 182. ADS-B has alerted him to other traffic in this popular airspace.

ADS-B rebate update
As of June 13:

The FAA program offers $500 rebates to owners of single-engine piston aircraft for equipping with ADS-B Out capability. September 18, 2017, is the last day to reserve a rebate.

In December 2006, the FAA announced it would integrate Capstone into its Surveillance and Broadcast Services program office, which was tasked with implementing ADS-B in the national airspace system. Since then, the FAA has mandated ADS-B Out equipage after January 1, 2020, for flight in airspace where a transponder is required today.

Something happened on the way to the lower 48 states, however. ADS-B was unbundled from the other technologies of the broader Capstone project, which had a significant focus on reducing controlled flight into terrain accidents. Capstone led to certification of the first color multifunction display for general aviation aircraft, the II Morrow Apollo/UPS Aviation Technologies/Garmin MX20. Moving maps and terrain databases soon made their way to other GPS navigators.

Some Alaskan pilots have been flying with ADS-B for more than 17 years. What do they think about it?

Jim Cieplak, who bases his Cessna 182 at Merrill Field in Anchorage, was involved in the development of ADS-B and has a strong interest in the technology. “Capstone was a safety program that brought a systems approach to improving aviation safety in the state,” he said. “There were huge operational safety benefits from Capstone.” Beside integrating GPS moving maps with terrain data, and traffic and weather data from ADS-B, it included additional automated weather observation systems to increase the available data. Only the 978 MHz universal access transceiver datalink was used, because it was less expensive and allowed the transmission of weather data.

“There still is a need for additional ADS-B ground stations in Alaska,” Cieplak said, noting a 2005 coverage analysis that identified a minimum operational network in Alaska. “There’s a need for 12 to 14 more, based on that FAA analysis.” Cieplak has been flying ADS-B-equipped aircraft in Alaska since 2004. “My personal opinion is it has tremendously increased the safety of my flying.” 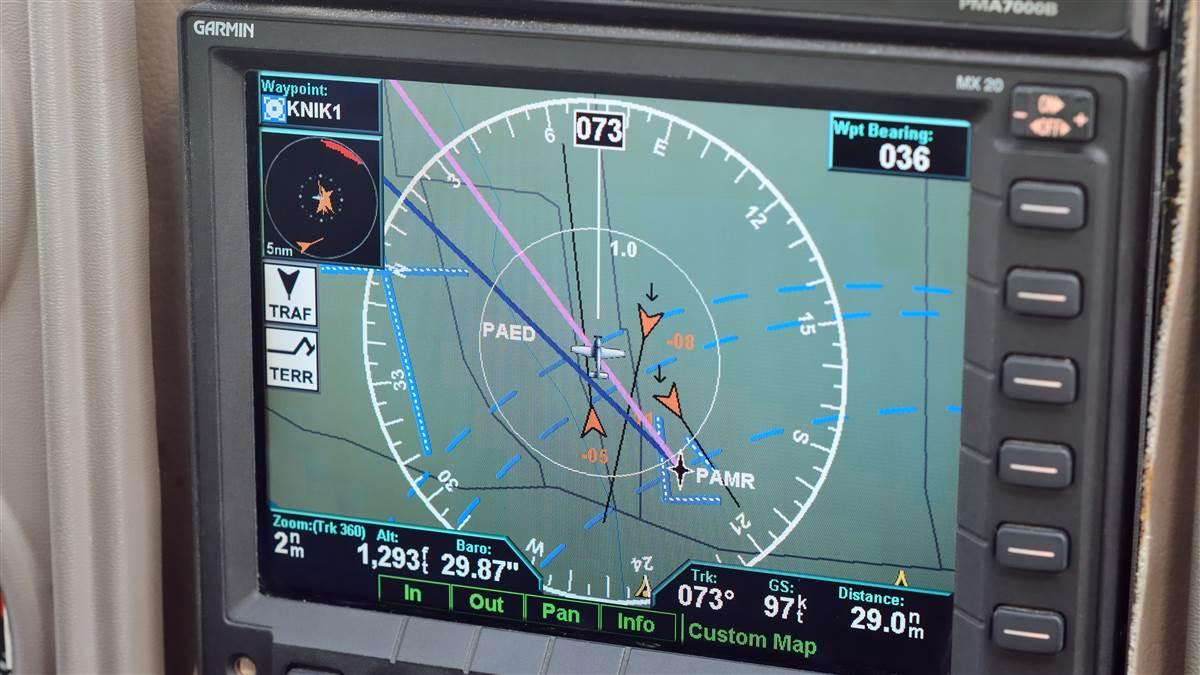 “If we go way back, operators initially were offered this free [hardware], but there was a feeling with some operators that big brother was watching,” said Doug Deering, chief inspector for Anchorage-based Hageland Aviation. “In our company we definitely understand the value of it. I’m kind of surprised that some people still have that attitude. As long as we’ve had ADS-B in our planes, the FAA has never used it for enforcement,” Deering added.

He also said ground station coverage is poor in Alaska, and that he would like to see funding for more ground stations. “We’re trying to solve that problem by making sure we have ADS-B Out capabilities on both 1090 and 978 [MHz], so we’re not relying on ground stations.” Dual equipage would allow his aircraft to see, and be seen by, any ADS-B-equipped aircraft without the need for a ground station.

Also involved in the original Capstone program, Deering serves today as chief inspector and vice president of quality assurance for Hageland Aviation, which operates a fleet of 58 turboprops—all ADS-B equipped. He said the system will be most efficient when everyone is equipped.

The company experienced a midair collision in 2016 involving a brand-new Grand Caravan EX. At the time, there was not an ADS-B solution for its Garmin G1000 glass cockpit. “I don’t know that it would have prevented anything,” Deering said, because the other aircraft was not equipped with ADS-B Out or even a transponder. “It definitely shaped my opinion of ADS-B. I just can’t express any stronger belief in the program. It costs money, but it really improves our ability to operate safely. I would love to see everyone else do it.”

At one point the FAA appeared to discourage dual-frequency ADS-B Out equipage, which does have the potential to contribute to call sign mismatch, a challenge primarily for commercial operators when the ADS-B flight identification does not match the flight plan. Call signs have “been a major issue. Depending on who you talk to, you get different answers,” Hickerson said. He said he’s still looking for good guidance. “The problem is, a lot of places we operate, you’re in and out of radar coverage.” 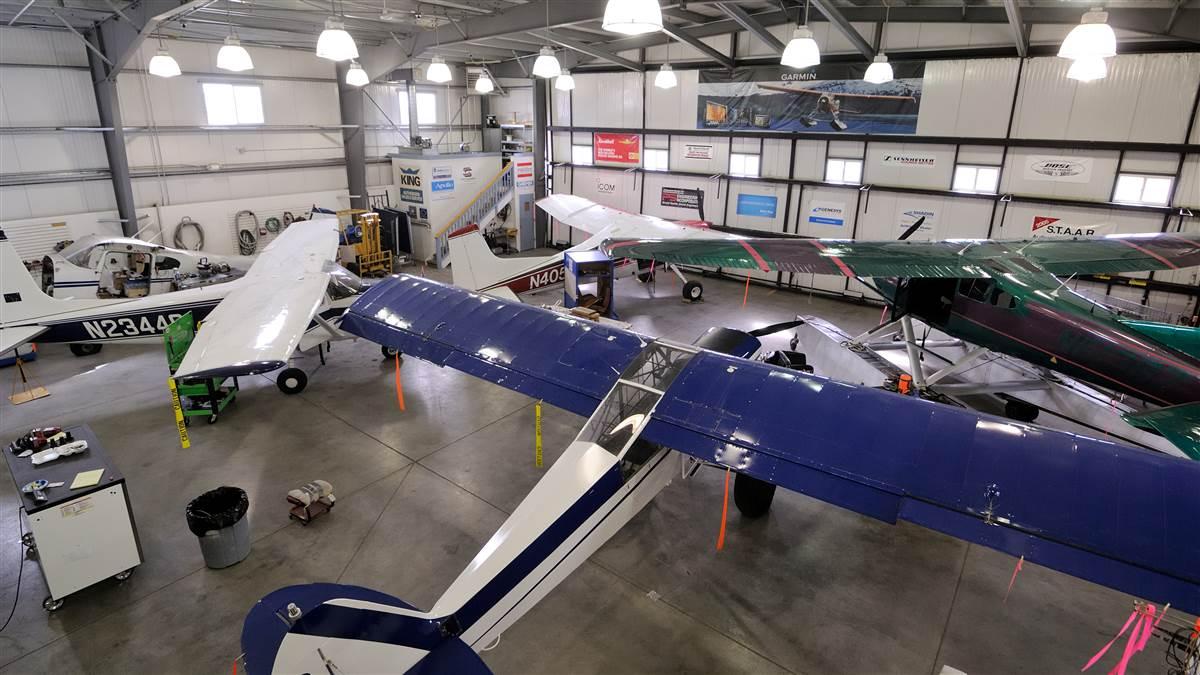 In the future, he would like to see dual-frequency out available in one box; currently they’re installing separate Garmin transponders and UATs. “There definitely are some growing pains with the newer technology, but the end results are going to be worth it. We wouldn’t be spending the money, resources, and time if we didn’t see the safety benefit. This is something that can make an immediate difference the minute you turn it on.”

Gary Bennett, owner of Northern Lights Avionics at Merrill Field in Anchorage—one of only a few avionics shops in the state—has been doing ADS-B installations since Capstone, and averages about three per week. On a visit in early May, three of the four airplanes in his shop were there only for ADS-B; the fourth also was getting panel displays.

“Our biggest issue right now with these ADS-B installs is [electronic] noise—especially in the fabric-covered aircraft,” Bennett said. For these Cubs, Maules, and Citabrias, the solution seems to be moving the antennas as far back as possible—but belly pods and other backcountry modifications can make that challenging.

“Most of the people that come to see me about ADS-B have already made up their minds about it,” he said, and most don’t have to equip. “They’re doing it for their own safety benefit. Then their friends fly with them and see what it can do.”

In Alaska, ADS-B rule airspace is less restrictive than over the continental United States; it’s only required in Class A airspace—above 18,000 feet msl—and in and above Class C, which in Alaska comprises only some terminal airspace in Anchorage; general aviation’s Lake Hood, immediately adjacent to Ted Stevens Anchorage International Airport, and Merrill Field both are outside the Class C. Between the reduced airspace requirement and the spotty ground station coverage, most of those interviewed believe the value of equipping with ADS-B Out is not as strong in Alaska.

AOPA has specifically requested funding for additional ADS-B ground stations. “For Alaskans to see the benefit of ADS-B to equip, they’re going to need the benefit of ADS-B In,” said Rune Duke, AOPA director of airspace and air traffic. Coverage is not available where a lot of aircraft fly, especially low-altitude VFR, he said. “We see a lot of IFR routes in Alaska that lack coverage, and that impacts efficiency.”

ADS-B also has improved search and rescue in Alaska. One pilot was recovered the night of an accident when a rescue helicopter launched based on the aircraft’s last ADS-B position—otherwise, the search would have begun the next morning. “We know that we can get to aircraft more quickly with ADS-B surveillance,” Duke said.

“We know the FAA is going to be requesting funding for additional [ground-based transmitter] locations in Alaska. It’s been a great discussion to come up with the locations. The FAA was surprised at how much traffic used some of those routes. We could really help them tell the story,” he said.