“I tell everybody that Idaho is the sea turtle capitol of the world because I’m here,” True-Lock aviation fastener founder Leslie Weinstein told AOPA. Although he now lives 2,500 miles from his Eastern Seaboard childhood home, Weinstein holds a key role in sea turtle awareness and rescue efforts that he has championed since his youth. 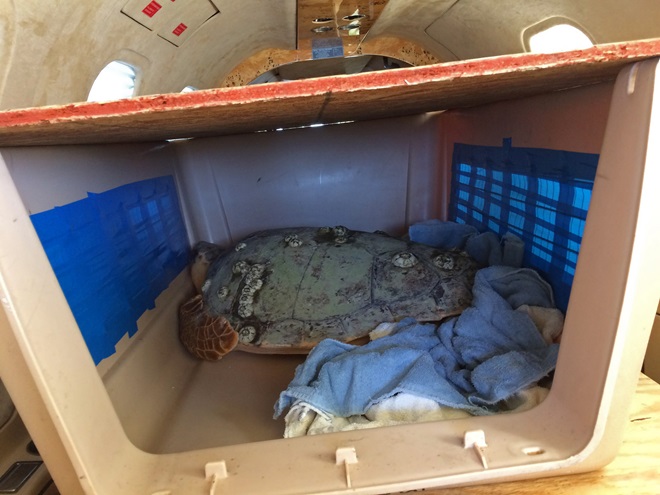 Weinstein founded the all-volunteer TurtlesFlyToo.org to unite “two endangered species—sea turtles and general aviation. I brought them together to save them both.” He began dabbling in wildlife rescue when he was a youth prowling the Florida dunes and sawgrass near St. Augustine, Florida, looking for sea turtle eggs—and shielding them from human and wildlife predators.

“I used to go along the beaches and dig the eggs up because I didn’t like the fact that other people were selling them,” he recalled. “So, I’d take them to our property and hatch them. Then I’d take them back down to the beach in big buckets and release the turtles” so the hatchlings could safely swim away. He chuckled as he reflected on a time when his stealthy efforts resulted in a skyrocketed turtle population that baffled Florida wildlife officials.

As a child, Weinstein spotted the lumbering reptiles along the docks after they were inadvertently scooped up in fishing nets towed along the ocean bottom by trawlers. That was before shrimpers were required to use turtle excluder devices that allowed the swimming reptiles an escape route. The sight of the snagged critters played on the young man’s mind.

When he wasn’t searching for telltale signs of the nesting creatures’ flipper imprints, Weinstein accompanied his dad in the right seat of the family’s Stinson SR-9C Reliant, a classic high-wing taildragger. His father was a lawyer and often defended civil rights “Freedom Fighters” during the tumultuous 1960s. He noted that he “grew up in general aviation and you get to know a lot of people that way.”

True-Lock LLC, the company he started in Boise, Idaho, manufactures aviation fasteners that are certified by the FAA for use as a nut-and-bolt safety system in more than 1,500 aircraft. Weinstein made a lot of friends in the GA community while perfecting the products that help eliminate wear between wheels and axles, among other things.

“I’ve always said, ‘There’s got to be a better way,’” Weinstein explained. He used that philosophy to bridge his professional and personal lives and befriended Terry M. Norton, the director and founder of the respected Georgia Sea Turtle Center on Jekyll Island, about 100 miles north of Weinstein’s boyhood home. The center is a leading sea turtle rehabilitation facility and has scores of water tanks, veterinarians, and volunteers to nurse the distressed creatures back to health. TurtlesFlyToo celebrated the relationship with a 2015 fly-in to Jekyll Island Airport that included a barbecue dinner and island tours. 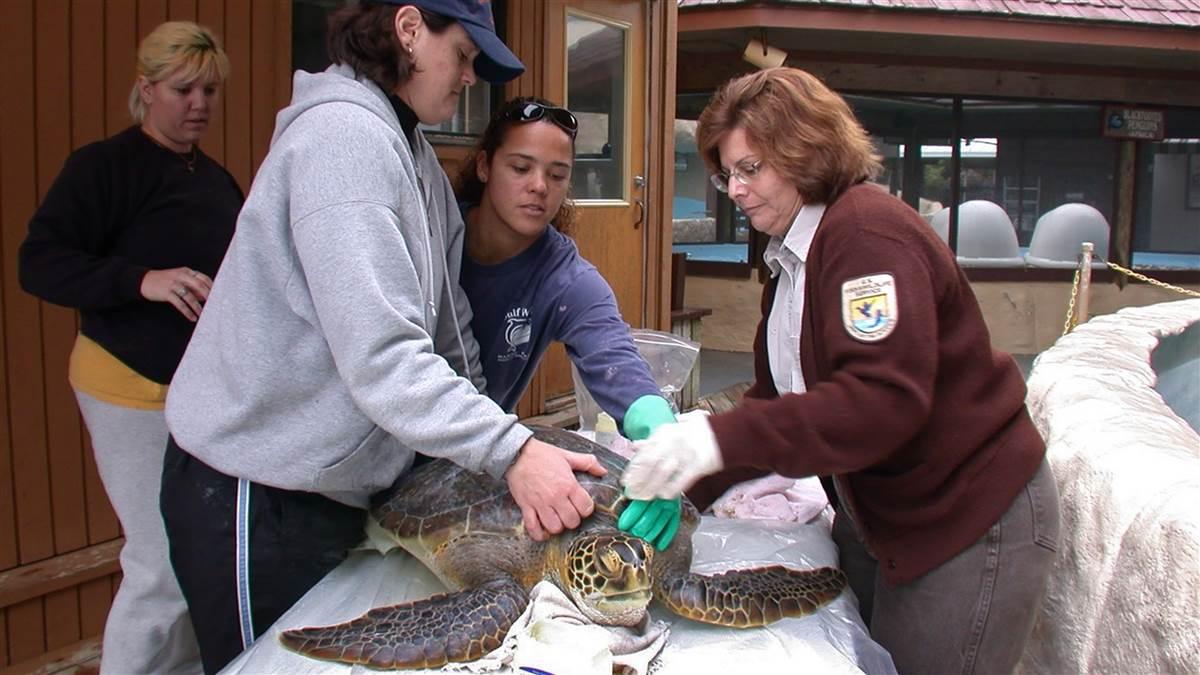 “It’s a tough road to be a baby sea turtle,” noted Richard Fowlkes, the former policy coordinator for Florida’s South Walton Turtle Watch organization. “Sea turtles are reptiles so they are cold blooded,” he explained. “They are like any reptile—when it gets too cold you won’t see snakes out” but sea turtles don’t have much choice. “Of course, they are air breathers and they have to pop up out of the water. When a cold front sweeps through they can get stunned by the lower air and water temperatures and then they just can’t function properly. When that happens, a lot of turtles are affected because they tend to congregate.” He explained that the sudden changes confuse sea turtles, which can die from exposure.

Weinstein recalled that he “had no idea how aviation would be involved” in the sea turtle rescue process, but he brainstormed a way to combine his two loves. An injured sea turtle needed transportation to Dubuque, Iowa, in 2014, so he “put the word out” to the aviation community. State of Georgia wildlife officials asked to be included and they, in turn, requested help from Angel Flight West. Three pilots handled the flight mission and the volunteer effort took off from there. 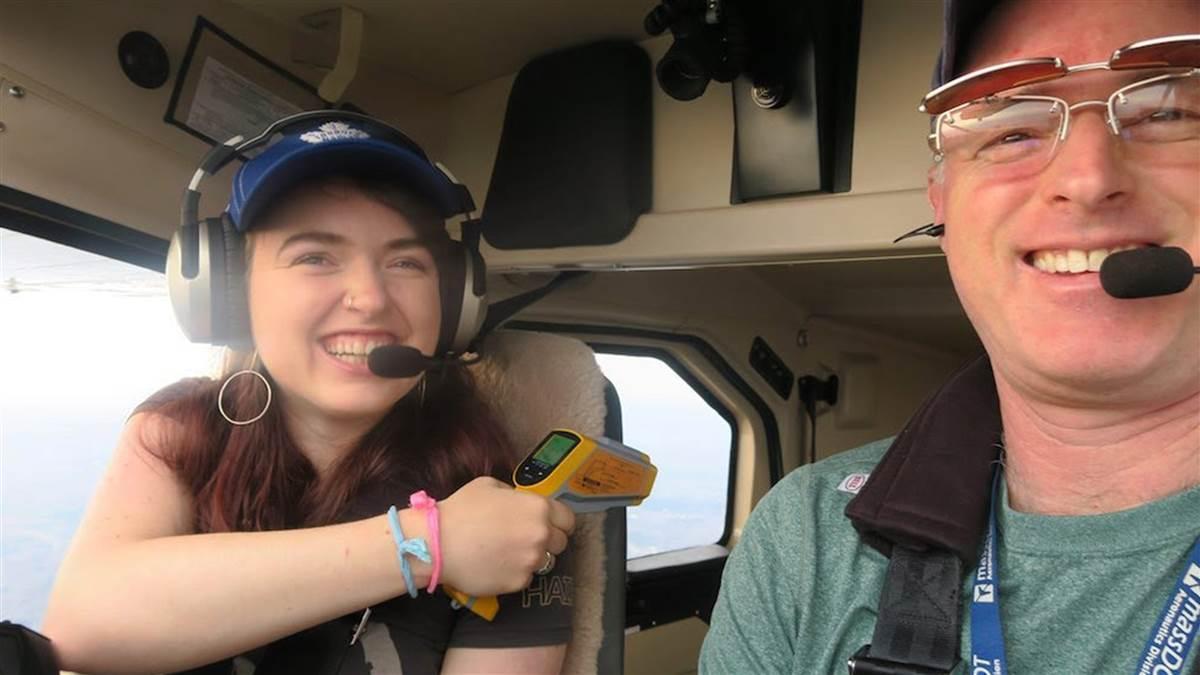 “Then the next order came in for 50 cold-stunned turtles to be flown” to special wildlife medical facilities by GA aircraft. "Those 50 turtles turned out to be the largest single rescue operation of its kind for endangered sea turtles, and it remains so to this day,” he noted. “It got to the point where I was inundated with phone calls” from pilots and aviation organizations expressing a desire to help. “I had pilots from Canada, France, England, California, and other parts of the world call to offer their assistance.”

Today, TurtlesFlyToo.org has “more than 500” pilots in a database. The group matches a turtle’s needs to pilots, aircraft, payload, and distance. There are plans to reimburse pilots for their fuel.

The organization’s website lists seven species of sea turtles that are common to the United States: loggerhead, green, leatherback, hawksbill, Kemp’s ridley, olive ridley, and flatback. Adults can weigh anywhere from 100 to 1,300 pounds. The United States is home to one of the largest loggerhead nesting populations in the world, and about 90 percent of that occurs in Florida. The graceful creatures’ main predators are humans who destroy their natural habitat or eggs, entangle them in fishing nets or discarded plastic wrapping, or harvest them for food or income.

TurtlesFlyToo.org participated in several November rescue missions for Kemp’s ridley sea turtles that were affected by a Cape Cod, Massachusetts, cold snap. Scores of volunteer pilots transported them from the chilly Boston Harbor area to the warmer waters of North Carolina. Weinstein noted that “everything is donated” to support the organization’s rescue efforts. “The website, the people who created it, the people doing social media, the web hosting, the volunteers, the pilots,” and other resources are donated.

He confided that “2017 has been a very difficult year” because of four major U.S. hurricanes and Western forest fires that stressed the generosity of many volunteer GA pilots. “But we’ve been getting it done. You don’t need things like the Deepwater Horizon [oil spill] incident or other disasters to realize that something needed to happen” to maintain a healthy sea turtle population. 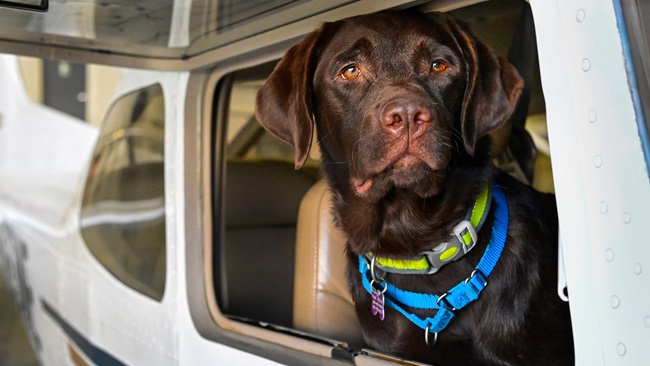