Following AOPA’s complaint with the FAA over fixed-base operator (FBO) pricing practices at Illinois’ Waukegan National Airport, local leaders have taken steps to make the field more accessible and friendlier for general aviation. In recent weeks, the airport has been advertising free tiedowns for transient aircraft, along with a pedestrian gate that will allow pilots and passengers direct access to their aircraft instead of having to walk through the FBO. The FBO also agreed to lower the price of self-service avgas from nearly $6 to a recently reported $4.81 a gallon. 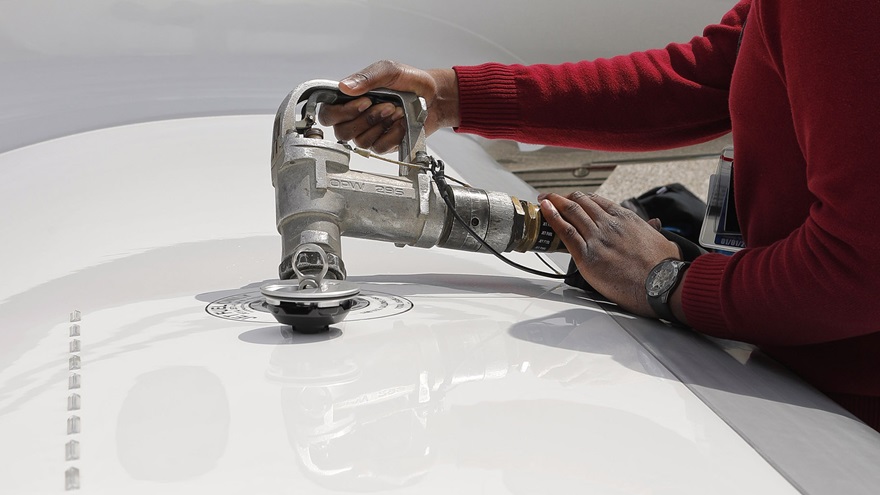 When AOPA initiated its ongoing inquiry into egregious FBO prices and fees, Waukegan’s single FBO, Signature Flight Support, was identified as one of AOPA’s most-complained about locations. However, airport management and leadership have since been proactive in trying to address concerns.

AOPA General Counsel Ken Mead said, “This is a major step toward ensuring the accessibility of Waukegan National Airport. Users can now avoid being forced to purchase fuel and other services at the single FBO just for showing up at the airport.”

The publication of alternative ramp access will increase competition with the single FBO by providing transient users with more than one option for parking their aircraft at the airport, according to AOPA.

When AOPA contacted the airport to verify complaints, airport officials told AOPA that Signature controls the entire ramp space for parking. While airport officials contend the free ramp space has been open to transient aircraft for some time, they acknowledge the availability has not been communicated effectively. To change that, the airport website now includes a map depicting the locations of the ramp, self-service avgas, and an access gate. To use the access gate, pilots must call ahead to give their flight information and receive a unique code from the airport.

“The leadership at Waukegan should be commended for listening to the needs of pilots and taking these steps to ensure the airport better conforms with grant obligations,” Mead said.

Chairman of the Waukegan Port District Board Grant Farrell told AOPA, “We’ve had access, but maybe we just have not communicated it that well.”

AOPA has received numerous complaints from pilots who are forced to pay for services they do not need or request. Skip Goss, the airport’s general manager, said, “Signature provides a lot of amenities and it costs them money. We understand that, but if people don’t seek those amenities and they want free access, we provide that.”

Officials told AOPA the the airport is also working to bring down the price of Jet A and provide users of the alternative transient ramp some basic amenities. Farrell said, “The one thing that we are lacking is if [pilots] go into Signature to use the bathroom, then Signature is going to probably say, ‘well you used some toilet paper,’ but we are going to have a solution to that hopefully in the near future.”

Barry McKenna, the AOPA Airport Support Network (ASN) representative at Waukegan, said, “The airport has been trying to change things and make Waukegan a much friendlier place.”

McKenna called the recent changes, “a step in the right direction.”

Waukegan sits just north of Chicago and is home to Skill Aviation, a flight school that has been recognized for excellence by AOPA three years in a row, and Stick & Rudder Flying Club which has been operating since 1948. The airport also hosts an annual airshow, supports a local math and science elementary education program, and sponsors the Lake County Veterans Memorial Plaza.