Since AOPA was founded in 1939, aviation has gone through many changes, and the advent of drones has been among the most dramatic. Throughout the decades, we have been faithful to AOPA's core missions—promoting safety, preserving the freedom to fly, and building the next generation of pilots. On Feb. 21, AOPA stayed true to its values when it launched a new line of membership options created for drone pilots, a key part of an ongoing effort to unite manned and unmanned pilots for the common purpose of safe integration of all users within the airspace we share. 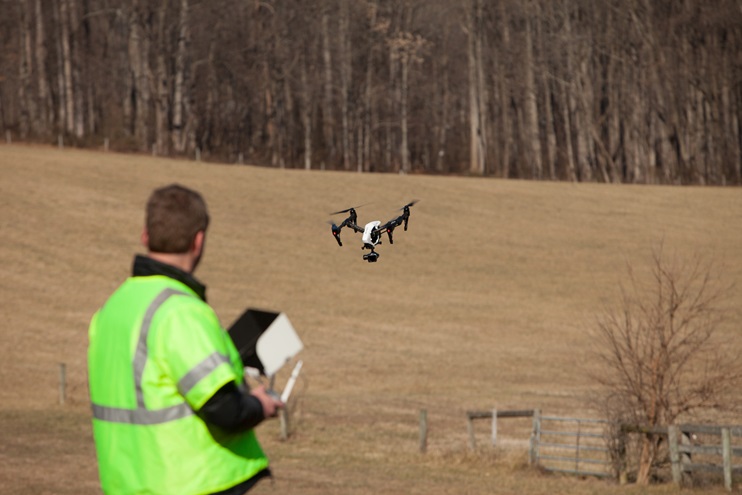 Some might think there is a wide gulf between manned and unmanned pilots, but AOPA believes they are more alike than different. In fact, both groups are part of general aviation, and share a fascination for flight and a craving for new perspectives.

Having long been recognized for leadership in aviation safety and advocacy, AOPA has been involved with drones and related matters for about a decade. We contributed to or commented on virtually every federal regulation and policy created since the drone boom began, always with an eye on the safe integration with manned aircraft.

The FAA estimates that 1.3 million pilots will be certificated to operate drones under 14 CFR Part 107 by 2020. If that forecast remains accurate, a great many of them will have no prior connection to general aviation, nor any connection to a community of fellow aviators or exposure to a culture of safety, yet will share their passion for flight. Within just a few years, there will be two remote pilots for every one pilot certificated to fly manned aircraft.

“Drone pilots are seeking their place in the larger world of aviation and looking for opportunities to expand their experience,” said AOPA President Mark Baker. “This is an ideal time to embrace these pilots and welcome them into the GA family.”

Many of the “new” pilots certificated under Part 107 were flying manned aircraft (and were AOPA members) long before they considered obtaining a remote pilot certificate. All kinds of pilots have turned to the AOPA Pilot Information Center, AOPA.org, and other resources for guidance on a variety of matters. Members have asked how operating a drone for either recreation or commercial work might or might not affect their other pilot certificate; others have voiced concerns about safety and the risks posed by drones flown by uninformed or misguided operators. An overwhelming majority of AOPA members told us they support using AOPA’s resources and expertise to counter unfamiliarity with education.

AOPA has in recent years infused more drone expertise into much of what we do, with a combination of new team members who bring experience in many aspects of the fast-growing field, and developing expertise within the existing staff. In short, AOPA has learned a lot, and we are working hard to stay on top of an industry that creates new products and capabilities at a pace we have never seen in aviation.

One of the new members of the AOPA team, Kathleen “Kat” Swain, joined the staff in April 2016 as AOPA’s senior director of UAS programs. Swain, a CFI who has also played key roles building unmanned aircraft capabilities for the insurance industry as well as flying humanitarian missions, set to work on a plan.

What took shape in the months that followed is a vision of shared effort and shared responsibility, an expectation that everyone will benefit when pilots of all kinds work together toward common goals, safety for all being the foremost of these.

Remote pilots, many of whom are completely new to aviation, need many of the same types of support, services, information, and tools AOPA has expertly provided to the manned community for years.

Baker added, “As newcomers to the skies, they have told us they are looking for a trusted source to help them get the most out of their flying, protect their license and their assets, and keep them up to date on regulations and issues affecting their kind of flying.”

Education—In addition to developing expertise and content from within, AOPA also has entered a formal agreement with DARTdrones, an emerging leader in the drone training industry whose instructors all have manned aircraft credentials and experience. The DARTdrones online course offered free to AOPA members introduces them to the drone world, and provides an overview of many different missions that drones can accomplish. It also answers some basic questions about which drones or types of drones work best for which missions.

AOPA members who then wish to pursue certification will be eligible for a significant discount on an online Part 107 test preparation course, paying $150 for a course that retails for $350. This course prepares pilots and nonpilots alike to pass the Part 107 knowledge test and earn a remote pilot certificate.

Members also will be able to experience drone demonstrations and live seminars at major airshows and at AOPA’s Regional Fly-Ins. For those who want to learn on their own schedule, AOPA has a comprehensive series of drone webinars and podcasts in the works for 2017.

Advocacy—AOPA remains actively involved in drone rulemaking and regulation, representing GA on the Drone Advisory Committee created by the FAA and composed of a broad cross-section of stakeholders. AOPA is also the co-chair of the 26 Coalition for UAS Safety, a group dedicated to safe integration of unmanned aircraft, and has served on various FAA task forces created to study and recommend regulations. AOPA was very much a part of the creation of Part 107, and continues to collaborate on proposed regulations to ensure the safe integration of drones into the National Airspace System.

Pilot Protection Services—Enhanced membership options include legal counsel and representation from expert attorneys, if needed, and other services included in AOPA Pilot Protection and Pilot Protection Plus memberships. AOPA is the only place in the industry for drone pilots to receive this kind of legal protection. Details on those options and benefit comparisons can be found here.

Insurance—Insurance is another important aspect of protection for pilots, and AOPA has long provided affordable aircraft insurance. As underwriters create new policies for unmanned operations in growing numbers, AOPA Insurance has begun serving customers seeking protection for recreational and commercial drone operations. There, too, the expertise of a staff with a long history serving aviation is no small advantage.

News and Media—AOPA publications cover GA like no one else, and members will continue to see unmanned aircraft in the pages of AOPA Pilot and on AOPA Online. The new AOPA Drone Pilot email newsletter that led many readers to this story will be a regular biweekly publication. (An AOPA Drone Pilot subscription is automatically included with every AOPA Drone Membership; nonmembers who wish to receive it may also to subscribe to this biweekly email that will cover drone-related news, features, training, policy, and video from drones flown by hobbyists and commercial operators.)

Safety—Many of the free courses, videos, quizzes, safety advisors, and other products of the AOPA Air Safety Institute are equally applicable to manned and unmanned aviation, and new content will be developed that is specific to drone operations. Members who join AOPA, along with those who make tax-deductible contributions to the AOPA Foundation, make it possible to provide this free safety education and training to all pilots.

Swain said the proposition to drone pilots who are not already AOPA members is simple: “We’re providing the community and resources all pilots need.”

By joining AOPA, drone pilots will support current and future efforts to make unmanned aviation safe and accessible, just as all AOPA members do for GA as a whole. (For those not familiar: AOPA refers to general aviation (GA) as all types of aviation outside of military and scheduled airline service.)

AOPA and its members are committed to serve and grow GA, including the drone aircraft community, as they safely integrate into aviation. We will continue to serve as the chief advocate and supporter of all pilots, working to ensure the skies are safe and accessible to everyone who dreams of flying; that aviation is a subject of lifelong learning by all aviators; and that doors are opened to welcome so many new pilots to GA.

“Dividing manned from unmanned aviators would rob both of many benefits, and create unnecessary conflict,” said Baker. “AOPA is uniquely positioned, with the strength of nearly 350,000 members, as the long-recognized voice of GA, and represents all pilots. We believe we are stronger and safer as a united community, and welcome these new pilots with hope that our common goals of safety and freedom to fly will be achieved together.” A new way to learn 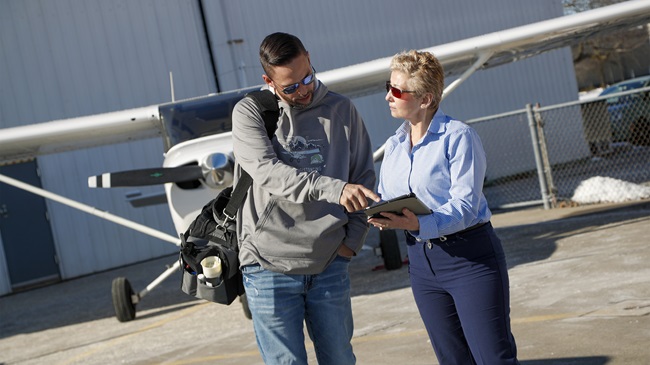