An aviation-inspired rubber wristband created by a student pilot honors Ron Alexander, a “quiet giant” of aviation, who died in a November 2016 aircraft accident near his beloved Peach State Aerodrome in Georgia. Alexander introduced Cayla McLeod to aviation in 2015. Now she is paying it forward with a gesture she hopes will help hundreds of future pilots attending Alexander’s Candler Field Museum Youth Aviation Program. 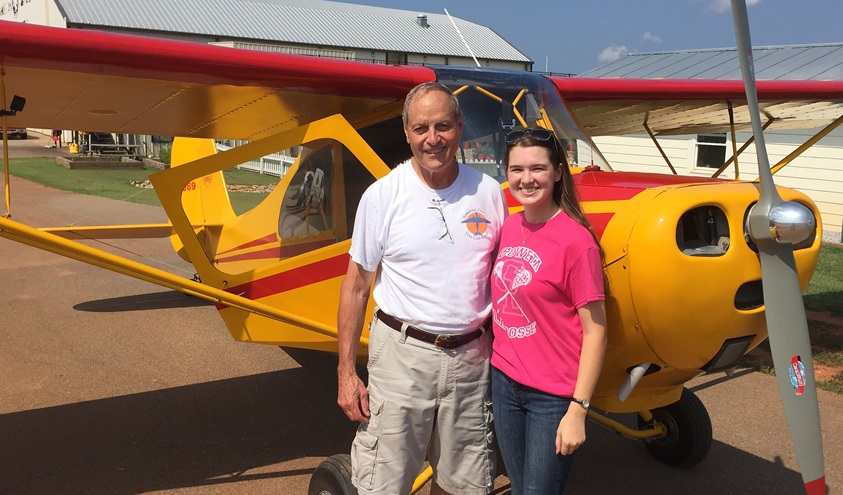 The 17-year-old who thought of the retired Delta Airlines pilot and entrepreneur “as a grandfather in many ways” is helping to keep his dream alive. McLeod designed the $10 wearable memorabilia to honor Alexander and his treasured 1917 Curtiss JN-4 Jenny.

She selected sky blue, gray, and light brown, with the inscription, “In Loving Memory of Ron Alexander,” and flanked it with two aircraft aimed at the sky. They are available online from Aircraft Spruce & Specialty Co. or at the airfield’s Barnstormer’s Grill. Sales of the wristbands honoring Alexander have generated $2,500, and McLeod said she hoped to sell the remaining bands at Alexander’s Celebration of Life March 25. 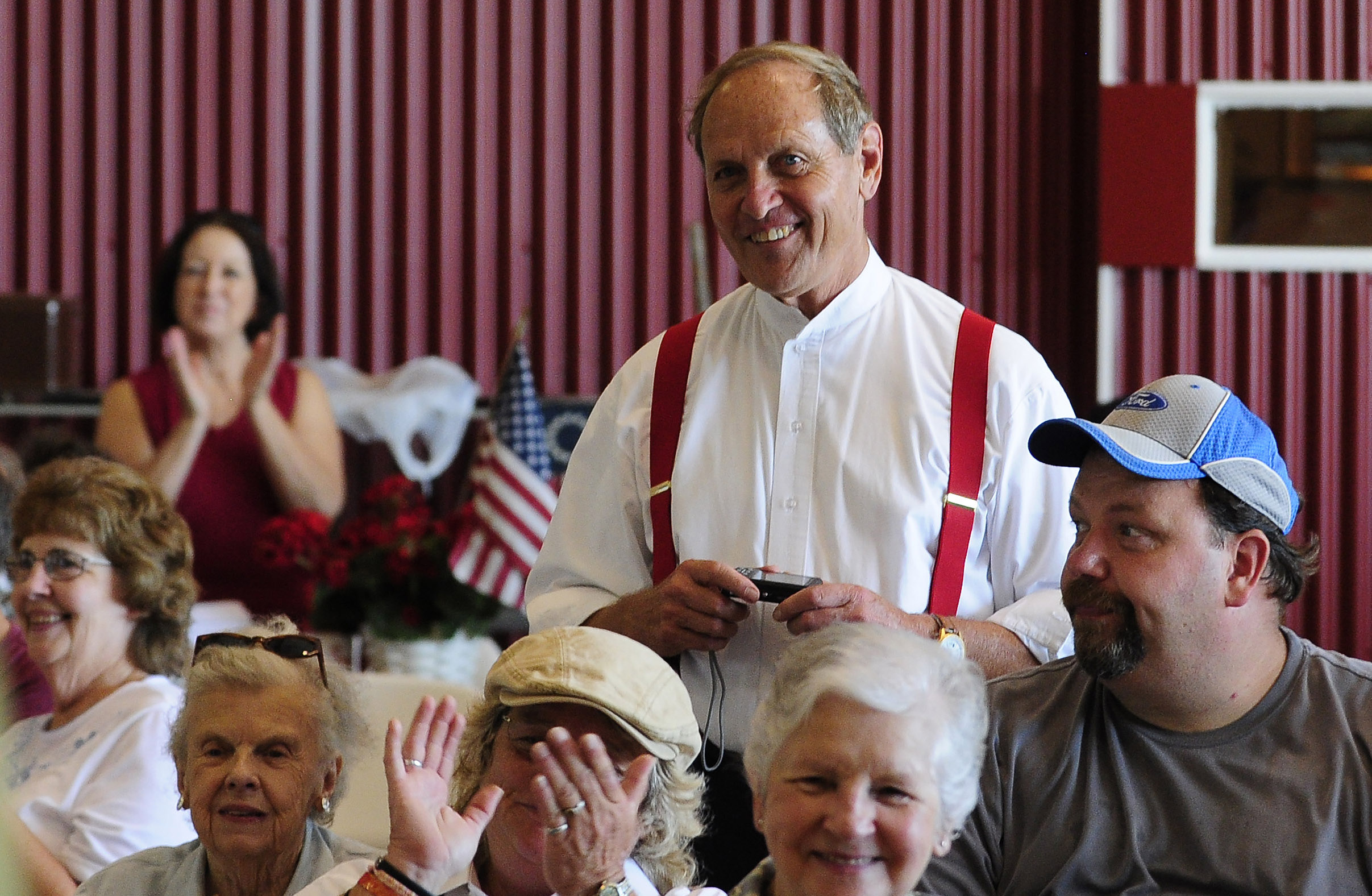 Alexander was as an accomplished businessman and aviator. He launched a series of traveling hands-on workshops for aircraft restorers, started an aviation supply company and other business interests that were later purchased by Aircraft Spruce, and established a composite aircraft repair facility.

AOPA Editor at Large Dave Hirschman praised Alexander as a “quiet giant” of aviation because he did not draw a lot of attention to himself.

The Indiana native and war hero was known for sharing the joy of aviation with others and could often be spotted giving rides in his polished Douglas DC-3 based at the Aerodrome’s grass field south of Atlanta.

After an EAA Young Eagles flight at Peach State two years ago, McLeod said she “fell in love” with aviation and stumbled across Alexander’s “very active youth program” at the Candler Field Museum. 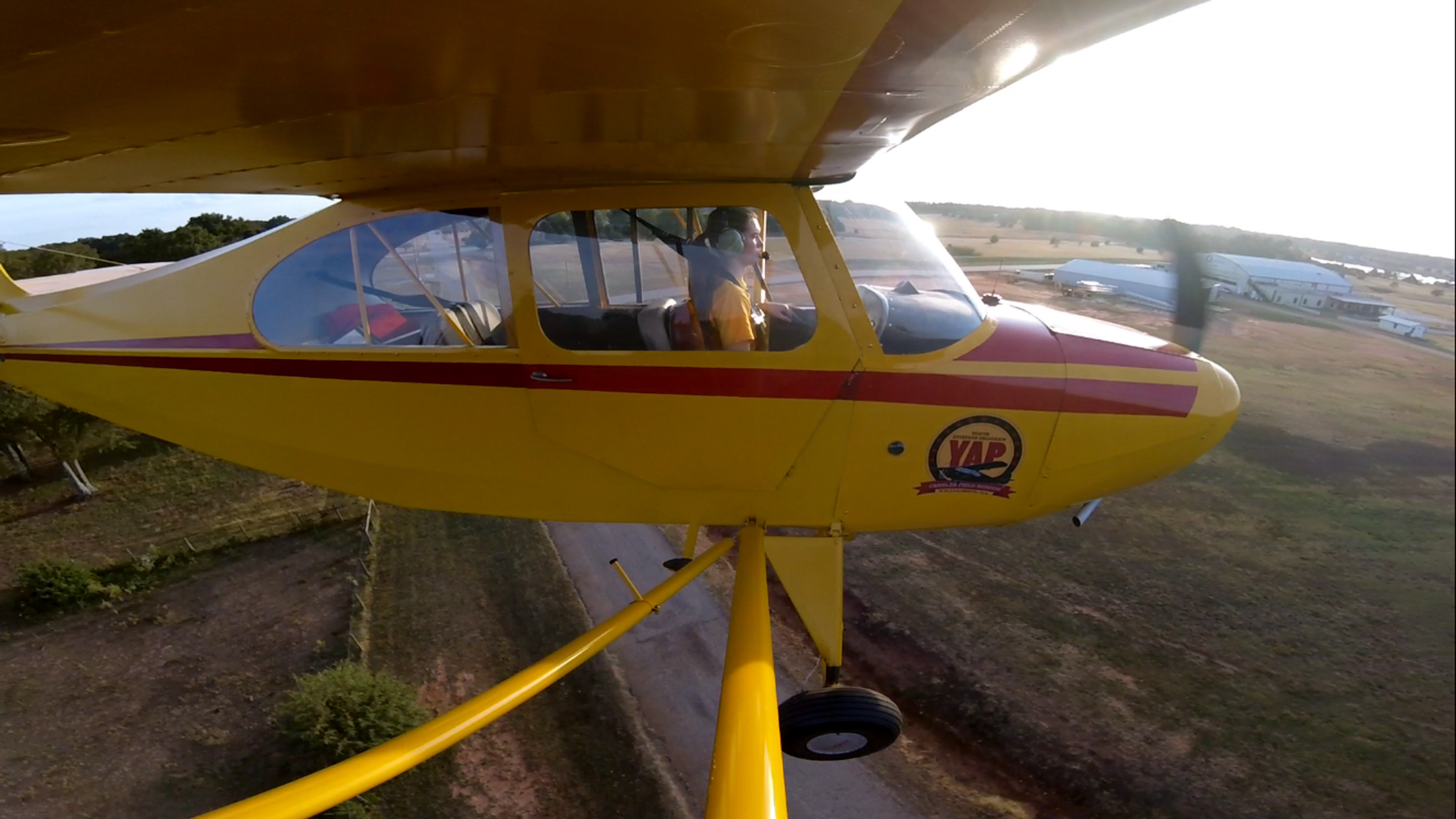 McLeod has now logged about 40 hours, including two in Alexander’s DC-3 (her first logbook entry), one in the Curtiss Jenny, one in a Stearman Model 6 Cloudboy, “and 30 hours in an Aeronca Champ that I helped restore. In other words, I'm a taildragger kind of girl.” McLeod is transitioning to a Piper Cherokee and hopes to obtain her private pilot certificate in the coming months.

The aspiring pilot said she had looked at aviation as a career but didn’t really consider it because “you don’t see many female pilots walking down the corridor at Hartsfield-Jackson Atlanta International Airport.” 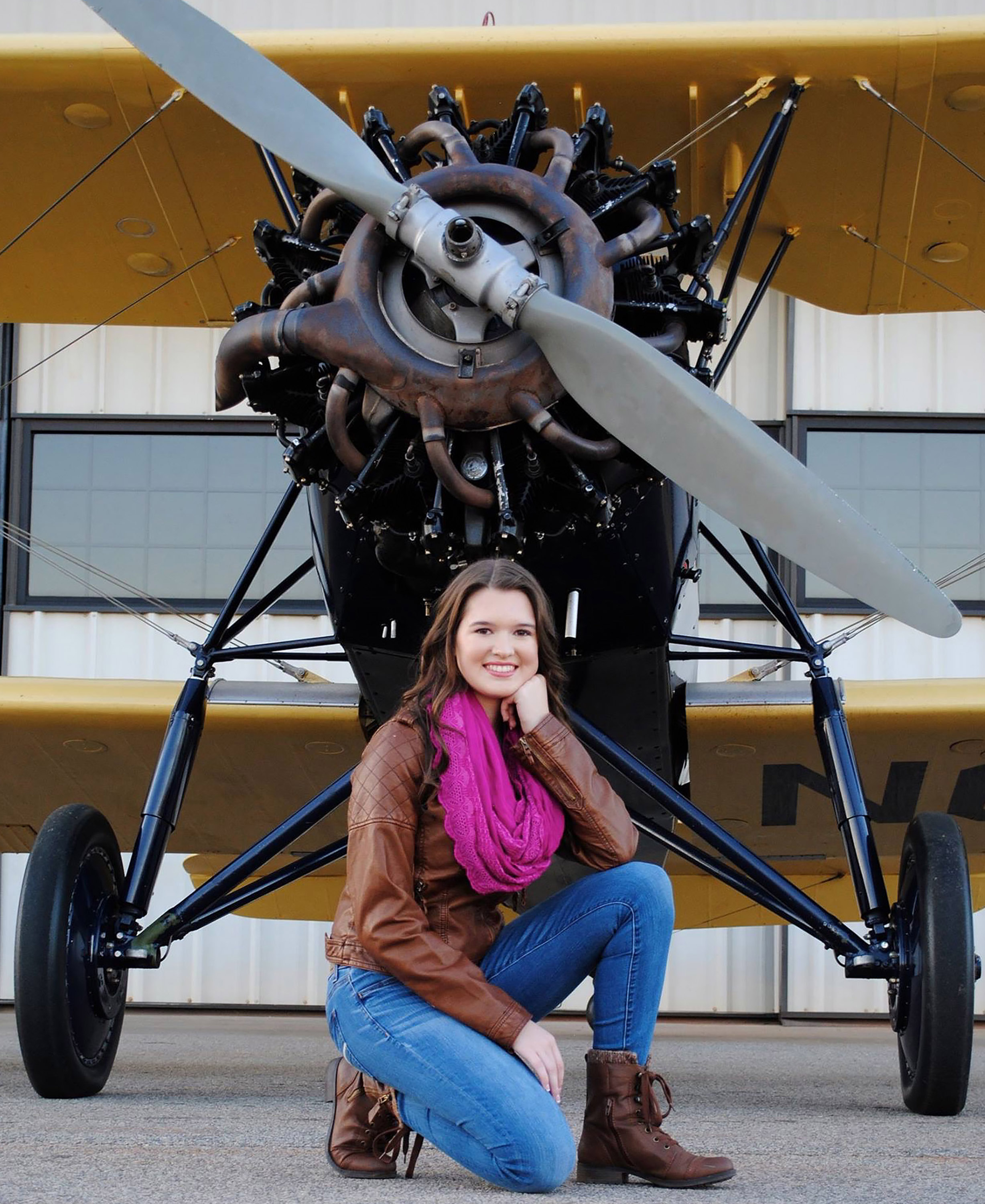 McLeod explained that Alexander steered her toward a nonaviation college background to experience a more rounded education while she gained flight experience. “You can always fly,” she remembers Alexander counseling her, "but if you lose your medical or have an incident, you need something to fall back on.” As a result of that coaching, the University of West Georgia freshman is studying communications while she continues flight training.

The young pilot said she was one of the last people to speak with Alexander before he and a passenger took off in the Jenny to share a sunset over the tall pines lining the airfield.

“A few days after Ron passed away I started realizing that we cannot allow his legacy to die with him,” McLeod told AOPA. “Ron always encouraged me to be inventive and to never stop coming up with new ideas, so the wristbands were born.” McLeod said she thought Alexander’s friends “would like to keep a part of Ron close to them,” and raising money for the youth program at his museum honoring the Golden Age of aviation was a natural fit. 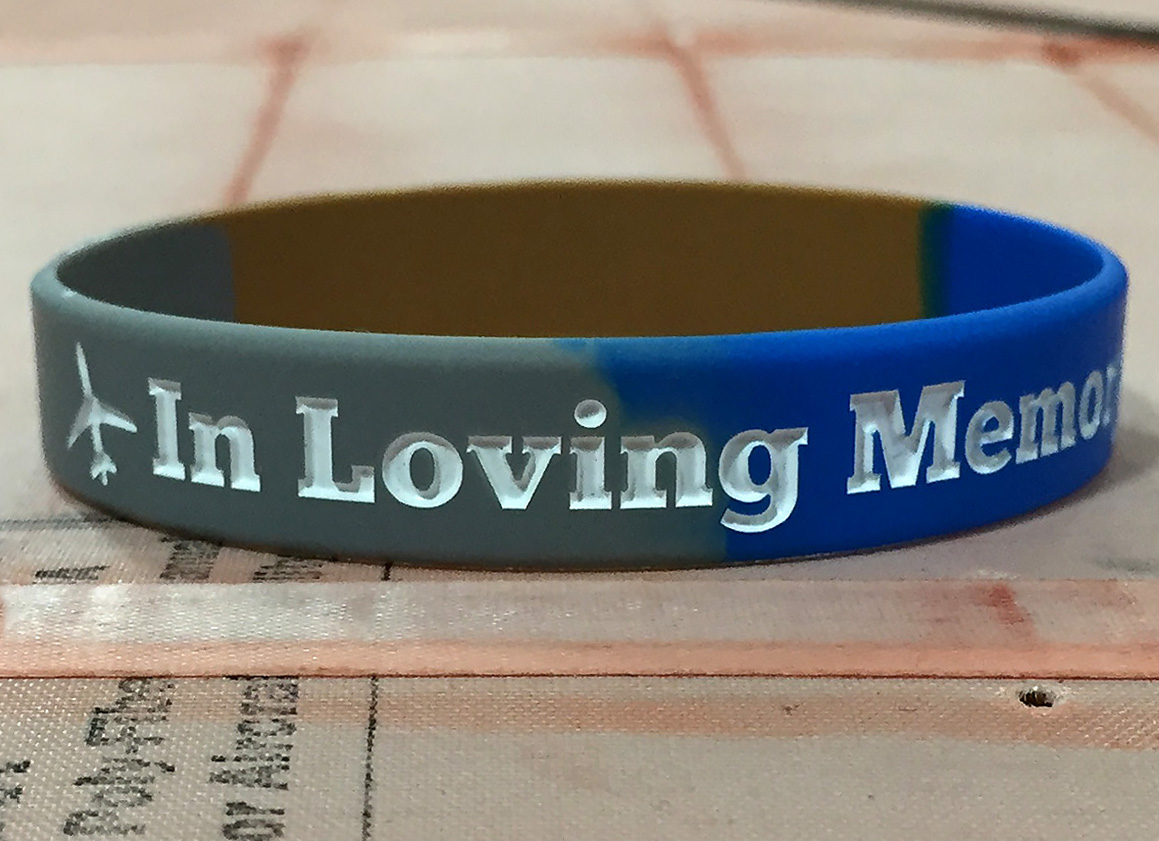 The idea “just popped into my head one night,” McLeod said. “He didn’t like all the attention, but he would approve of the fact it was my own idea and the money would be used to buy tools, fabric, and really expensive stuff that we need in the shop.”

McLeod said Alexander was “somebody I could always go to about anything. He was never negative, always positive. He was really encouraging and he will always be my favorite flight instructor.” 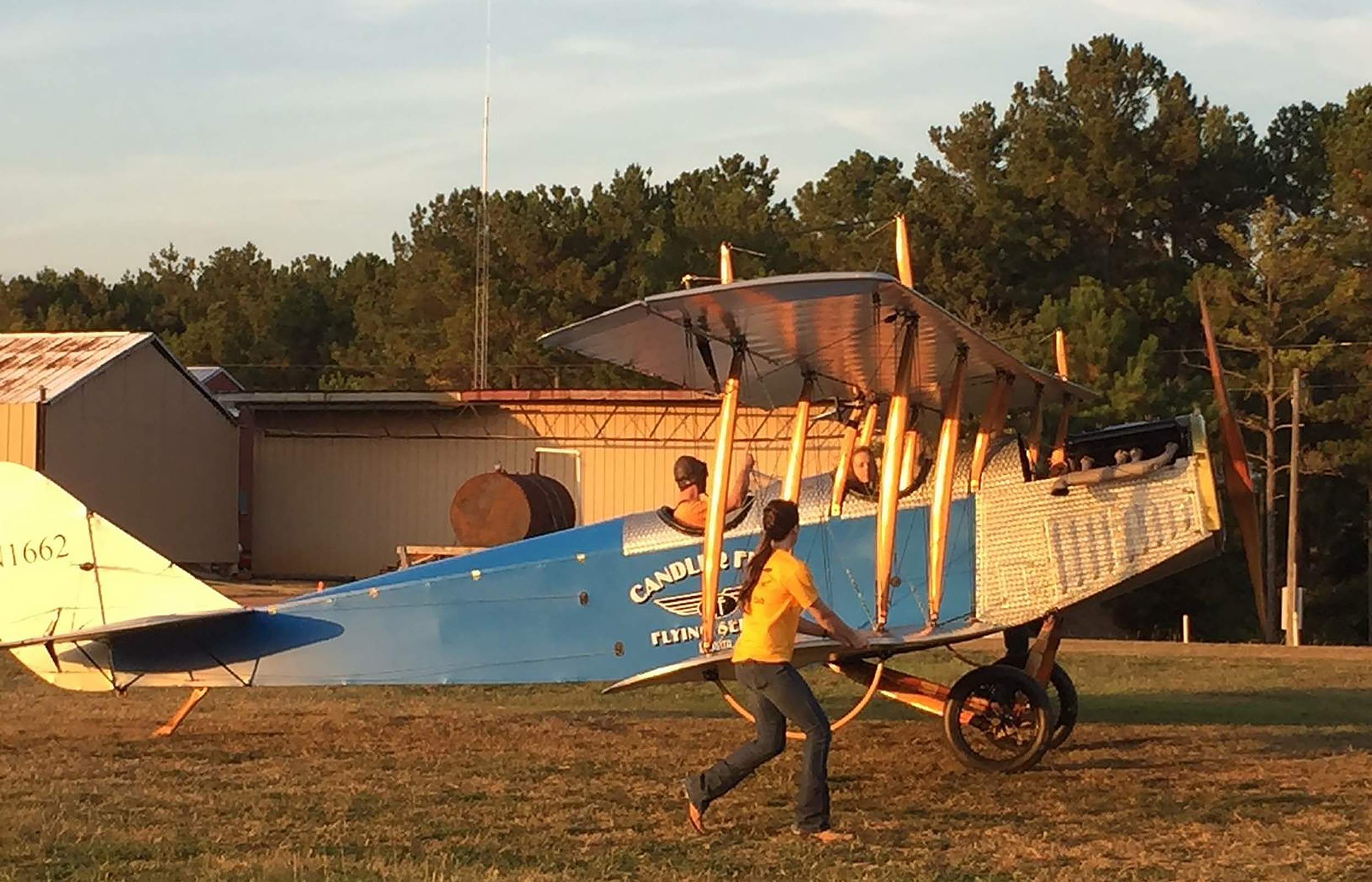