Get the app Get the app
AOPA Members DO more LEARN more SAVE more - Get MORE out of being a pilot - CLICK HERE
News & Media ADS-B: passing the test

The FAA announced its ADS-B rebate program on June 6, 2016. The program went live on September 19; as of December 14, 12 weeks into the program, 3,836 aircraft owners had reserved one of the $500 rebates—and 1,297 had been processed for payment (see “ADS-B: Navigating the FAA Rebate,” December 2016 AOPA Pilot). Many early applicants, however, found aspects of the rebate process frustrating. 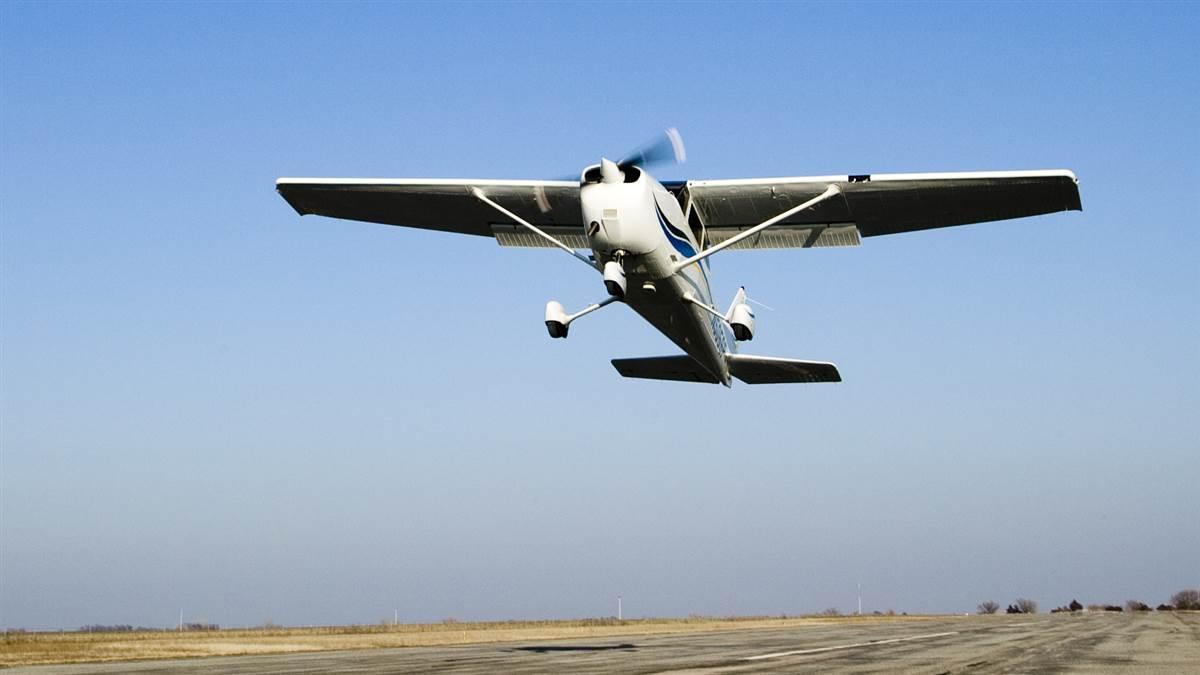 Determining whether a fixed-gear aircraft is in the air or on the ground is causing grief for some ADS-B adopters who seek FAA rebates.

Automatic Dependent Surveillance-Broadcast, which uses satellites instead of ground-based radar to determine aircraft location, is a key technology behind the FAA’s Next Generation Air Transportation System. The FAA has mandated ADS-B Out after January 1, 2020, for flight in airspace where a transponder is required today. To encourage owners of single-engine piston-powered airplanes to install TSOed ADS-B Out equipment, the FAA is offering up to 20,000 of the $500 rebates (www.faa.gov/go/rebate) over a 12-month period.

Claiming the rebate is a five-step process. First, select the equipment you wish to purchase and schedule its installation. Second, reserve your rebate online and obtain a Rebate Reservation Code. Third, have the equipment installed. Fourth, fly according to the rebate program rules to validate equipment performance and receive an Incentive Code. Finally, go online and use your Rebate Reservation Code and Incentive Code to claim the rebate.

AOPA has heard from a number of aircraft owners who experienced trouble with the validation step of the process. The determination of whether the aircraft is in the air or on the ground—one of many parameters that must be reported in the ADS-B Out data stream—has caused the most grief, especially in light, fixed-gear aircraft without a retract’s squat switch, which greatly simplifies the process.

The FAA talks quite a bit about air/ground status in AC-165B, with recommendations that air/ground determination be more sophisticated than simply a groundspeed value. For example, some Garmin products use a reference altitude and other data to determine air/ground status, said Bill Stone, Garmin’s senior business development manager. But because of a ground station limitation, they still sometimes get flagged for errors in that determination.

“What they now call the ADS-B Performance Monitor doesn’t have a lot of data to work with,” Stone explained. It uses a 25-knot groundspeed value for the determination, and specifically excludes rotorcraft. “It seems to be a zero-tolerance monitor. What’s in the aircraft is generally more robust.

“If you’re in your Aeronca Champ on approach with a 30-knot headwind, you could be approaching stationary,” Stone said. “There are quite a few challenges out there.”

If the air/ground determination—or anything else reported by the ADS-B Performance Monitor—fails 100 percent of the time, something is wrong, probably with hardware setup or configuration, Stone explained. But a failure rate of 1 to 2 percent is a nuisance failure, and paying special attention to the flight profile can help to avoid them. “If you have a 1 or 2 percent failure rate—and that’s where most of these air/ground failures are—[the FAA’s] offering to process them manually.”

Stone related the story of a Piper Cherokee’s owner who failed the air/ground portion of the test three times at one airport in the southeastern United States—and when he flew a test flight at another airport, the airplane passed on the first try. “The FAA understands and appreciates the challenges, and is considering making some changes to the monitor,” Stone said.

To minimize the chances of nuisance failures, he suggests the following steps. “Probably the overarching thing is to take your time,” Stone added.

1. Move the aircraft clear of any hangars or other obstructions before starting, so it has a clear view of the GPS satellite constellation. Starting between hangar rows can complicate satellite acquisition.

2. Wait at least two minutes after powering up the avionics before moving the aircraft, to assure that the GPS has acquired enough satellites.

3. Taxi slowly to the runway (the “brisk walk” from our student pilot manuals).

4. Take off, climb, and perform some normal maneuvers—not abruptly, just nice and easy. (Do not perform aerobatics on a validation flight. Yes, it’s been tried.) If you are also seeking to qualify for the rebate, make sure you fly for more than 30 minutes in FAR 91.225 rule airspace, where ADS-B will be required in 2020.

5. After a normal pattern and landing, come to a complete stop on the runway. Then, taxi slowly to the ramp or your hangar and shut down.

Stone said his team is seeing improvements in ADS-B validation testing, and he believes that pilot patience has been a big help.

Kris Garberg, director of sales for Appareo, offered similar advice. “Get a good GPS lock so it can determine that it’s on the ground,” he said. “Look for a Ground annunciation if it’s displayed on the unit.”

The key is to know your hardware, regardless of its manufacturer. “We had a few dealers tell people they had to turn [Appareo’s Stratus ESG transponder] to ALT mode. That completely overrides the unit. Make sure it’s in Ground mode before you taxi, and then don’t touch it,” Garberg said.

And taxi speed may not be that big a deal—if the GPS has locked on to the satellites, he said. “We’ve found that speed hasn’t been as much of an issue as we actually thought. I’ve waited for a Ground lock and then taxied faster than 25 knots—that’s pretty fast for a [Piper] Archer—and it hasn’t broken lock,” he added.

Dick Williams, who flies from Lampasas Airport in Texas, southwest of Dallas, had heard about the early issues with FAA rebate and ADS-B performance validation flights. So after installing an Appareo Stratus ESG in his 1978 Beechcraft Sierra C24R, he carefully planned his validation flight and coordinated it with air traffic controllers at Austin-Bergstrom International Airport.

Williams even practiced his validation flight profile, and requested ADS-B Performance Monitor reports on the practice flight, as well as a flight to a fly-in in Temple, Texas. “They arrived in short order. There were no defects reported. No red ink! No comments about ground-related defects,” Williams recalled.

Before he could execute his planned validation flight, however, he received an Email from the FAA: “We are looking at your report. Please give us two to three business days.” Williams soon received a follow-up message: “We have cleared your reservation so you can proceed to the rebate claim.” Williams had flown six flights since his installation, totaling about six hours of flight time. “That was enough for FAA to validate your equipment. If your pilot friends have similar situations, they can always Email us,” the FAA told Williams, who was pleasantly surprised by the rebate approval.

AOPA members who have difficulty passing the ADS-B Performance Monitor test should call AOPA’s Pilot Information Center, where the staff is prepared to help them navigate the process. Although it’s not required by the rules, once you receive a passing report from the ADS-B Performance Monitor, AOPA recommends that you print out a copy and keep it with your aircraft maintenance logs for future reference.