Get the app Get the app
AOPA will be closed July 4th, in observance of the Independence Day holiday. We will reopen at 8:30 am ET on Tuesday, July 5.
News & Media Apollo commander Cernan remembered

Apollo 17 commander Eugene A. “Gene” Cernan, the last human to walk on the moon and a passionate pilot who challenged the nation to continue exploring, died Jan. 16 at his home in Houston, surrounded by family. The 82-year-old was an AOPA member, and his death was announced by NASA, launching a wave of tributes and memorials from around the country and beyond.

Cernan, a Navy pilot who also was a veteran of three space flights, began his spaceflight career with Gemini 9A on June 3, 1966, when, at age 32, he became the youngest astronaut to fly in space, and the second to complete a spacewalk. Cernan later piloted the Apollo 10 lunar module, descending to within 8 nautical miles of the lunar surface, later recalling in a 2007 NASA oral history interview that the mission had set the stage for the first steps on the moon. 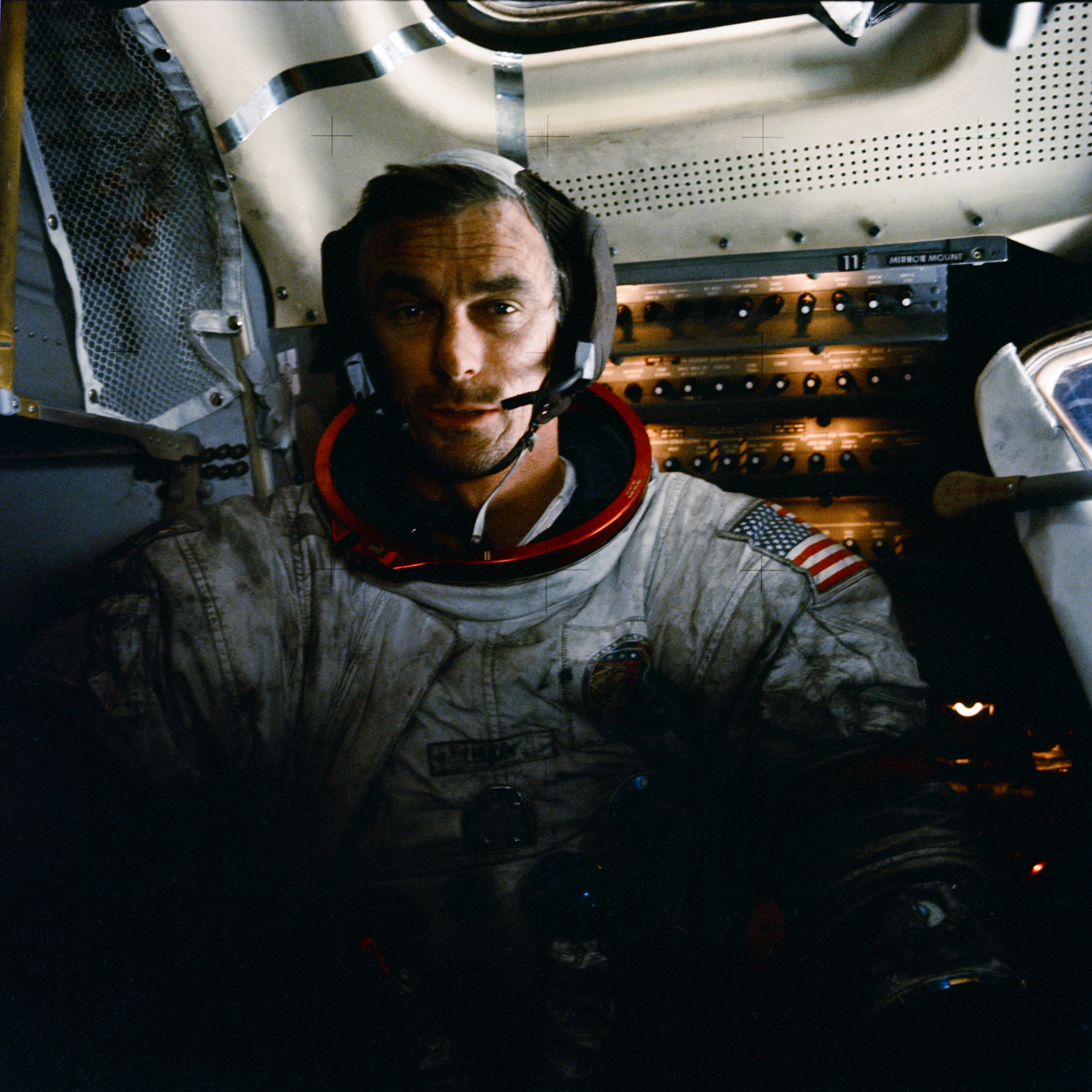 “I kept telling Neil Armstrong that we painted that white line in the sky all the way to the Moon down to 47,000 feet so he wouldn’t get lost and all he had to do was land. Made it sort of easy for him,” Cernan said.

In 1972 Cernan commanded Apollo 17, the sixth and final mission to the lunar surface, logging 22 hours and 6 minutes of lunar surface exploration with scientist-astronaut Harrison Schmitt, serenading the world watching from below with, “I was strolling on the moon one day,” and later departing with words that foreshadowed a mission he would embrace for the remainder of his life, pushing for continued exploration:

“We leave as we came, and, God willing, we shall return, with peace and hope for all mankind,” Cernan said as he prepared to climb the ladder and depart. The Navy captain later followed that up with an unscripted declaration, just before lighting the rocket for the ride home: “Let’s get this mother out of here.”

Cernan is survived by his second wife, the former Jan Nanna, and his daughter, Teresa Cernan Woolie, whose initials he drew in moon dust, a tribute likely to last for eons on the airless surface. Two stepdaughters, nine grandchildren, and Cernan’s sister, Dolores Riley, also survived him. The family released a statement through NASA:

“Our family is heartbroken, of course, and we truly appreciate everyone's thoughts and prayers. Gene, as he was known by so many, was a loving husband, father, grandfather, brother and friend,” the family said. “Even at the age of 82, Gene was passionate about sharing his desire to see the continued human exploration of space and encouraged our nation's leaders and young people to not let him remain the last man to walk on the Moon.”

Born in Chicago on March 14, 1934, to Andrew Cernan and the former Rose Cihlar, Cernan earned an engineering degree from Purdue University followed by a master’s degree in aeronautical engineering from the Naval Postgraduate School in 1963. Cernan logged 5,000 hours and 200 carrier landings as a Navy pilot, fueling a passion for flight that would endure throughout his life. Cernan flew a Cessna 421 and spoke to AOPA Editor in Chief Tom Haines in 2012 about the rewards of flying:

“It keeps me alive, it conditions my brain,” Cernan said. “You know, you’ve got to keep everything in shape. I tell you what, I used to get, and I still do, you know, you get upside down and do a roll over top of the clouds, but I get as much satisfaction out of doing a good approach in bad weather.”

Cernan said at the time he continued to work with and counsel young pilots, and had two main pieces of advice:

“If it’s not a passion, get out, you’re going to hurt somebody,” Cernan said. Then, musing that his Cessna had more technology on board than an Apollo spacecraft, he said he cautioned pilots that modern tools can have drawbacks.

“Don’t use technology as a crutch, use it as an aid,” Cernan said. “We tend to rely too much on technology and not enough on ourselves … There’s only one way to fly an airplane and that’s the right way.”

Cernan helped forge cooperation between the United States and the Soviet Union in the post-Apollo space age, founded an aerospace consultancy, and served from 1994 to 2000 as chairman of Johnson Engineering Corp. His autobiography, “The Last Man on the Moon,” was published in 1999. In 2010, Cernan testified before Congress with Armstrong, who died in 2012, and he was sharply critical of decisions to scale back space exploration.

NASA Administrator Charles Bolden was among the first to pay official tribute in a Jan. 16 statement:

“Gene's footprints remain on the moon, and his achievements are imprinted in our hearts and memories,” Bolden said. “His drive to explore and do great things for his country is summed up in his own words: ‘We truly are in an age of challenge. With that challenge comes opportunity. The sky is no longer the limit. The word impossible no longer belongs in our vocabulary. We have proved that we can do whatever we have the resolve to do. The limit to our reach is our own complacency.’”