Get the app Get the app
Already a member? Please login below for an enhanced experience. Not a member? Join today
We will be performing maintenance on our systems Sunday, 10/17/2021, beginning at 12:00 A.M. ET and ending at 6:00 A.M. ET. During this time, you may experience intermittent service outages. We appreciate your patience.
News & Media ADS-B requirement clarified for nonelectrical aircraft

Editor's note: AOPA has clarified the airspace covered by the ADS-B Out exemption for nonelectrical aircraft.

A recently issued legal interpretation from the FAA’s Office of the Chief Counsel has clarified Automatic Dependent Surveillance-Broadcast (ADS-B) requirements for operators of aircraft without electrical systems. The FAA has mandated ADS-B Out equipage after Jan. 1, 2020, for flight in airspace where a transponder is required today. 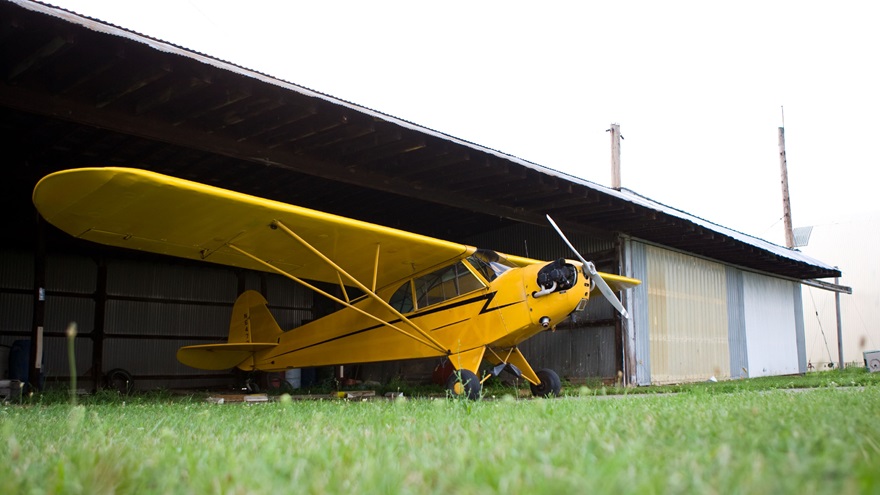 A Piper Cub is one example of an aircraft certificated without an electrical system.

“The legal interpretation confirms that the same aircraft excluded from the transponder requirement are excluded from the ADS-B Out equipage requirement,” said Justin Barkowski, AOPA director of regulatory affairs. “That means aircraft subsequently equipped with batteries or an electric starter would not be required to equip for ADS-B Out.

The regulation 14 CFR 91.225(e) allows aircraft not certificated with an electrical system, including balloons and gliders, not equipped with ADS-B Out to operate within 30 nautical miles of a Class B primary airport—basically, within its Mode C veil—while remaining outside of any Class B or Class C airspace. These aircraft can operate as high as 17,999 feet msl except above Class B or Class C airspace; they also can operate beneath Class B and Class C airspace. Operationally the ADS-B Out rules mirror the transponder equipage requirements in 14 CFR 91.215. Equipping with a transponder now, and ADS-B Out by Jan. 1, 2020, allows for operations above Class B and C airspace.

The legal interpretation states that the FAA may make a technical amendment in the future to eliminate the discrepancy between 14 CFR 91.215 and 91.225.

Technical Editor
Mike Collins, AOPA technical editor and director of business development, died from COVID-19 at age 59 on February 25, 2021. He was an integral part of the AOPA Media team for nearly 30 years, and held many key editorial roles at AOPA Pilot, Flight Training, and AOPA Online. He was a gifted writer, editor, photographer, audio storyteller, and videographer, and was an instrument-rated pilot and drone pilot.
Go to Mike Collins's Profile
Topics: Advocacy, Aircraft Regulation, NextGen