Get the app Get the app
Get the latest news on coronavirus impacts on general aviation, including what AOPA is doing to protect GA, event cancellations, advice for pilots to protect themselves, and more. Read More
Already a member? Please login below for an enhanced experience. Not a member? Join today
News & Videos Spot a whale shark for science

Pilots flying above the Gulf of Mexico in the days just before and after July’s full moon stand a better-than-average chance of spotting one of nature’s most magnificent creatures in the waters below—and a team of scientists wants to know of the sightings. 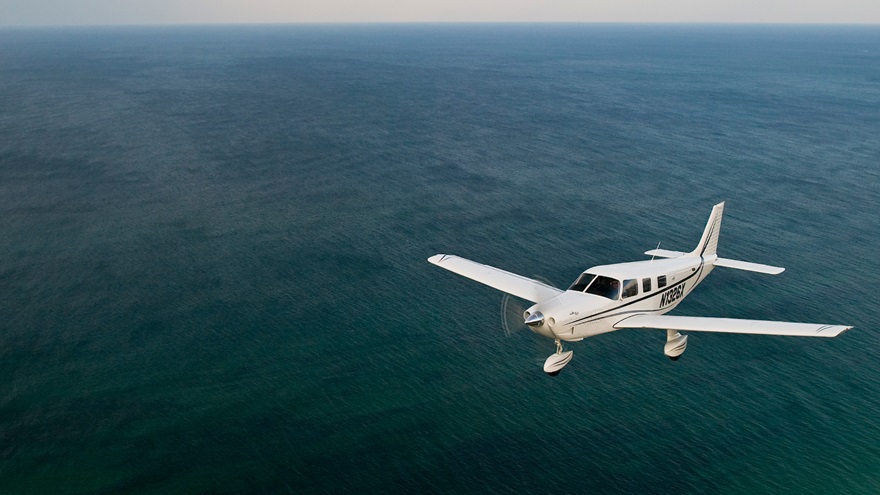 The subject of research conducted by the University of Southern Mississippi’s Gulf Coast Research Laboratory is the whale shark, a bus-sized plankton-eater—not to be confused with the whale, an aquatic mammal—that claims the title of the largest fish in the sea.

Despite its renown as a 20-ton, 40-foot-long ocean dweller that “filter feeds” by swimming along near the surface with jaws agape, not much is known about the whale shark’s life cycle, feeding, and spawning habits, said Anita N. Arguelles of the university’s Marine Education Centers.

For the USM Gulf Coast Research Laboratory fisheries scientists studying whale sharks in the Gulf of Mexico, “any reported sightings in the northern Gulf, particularly off Mississippi and Louisiana, during the month of July” would be helpful—especially right around the time of the full moon on July 8, she said in a message that reached out to the aviation community through AOPA.

Sighting a lone whale shark is possible in the Gulf year-round, she said. But at this time of year, whale sharks “tend to aggregate” for their spawning and feeding activities, making it an opportune time for scientists to get in the water with them, photograph and tag them, and take a DNA sample, she said. (Around the full moon is a famously fortuitous time frame for fact-finding forays focused on the formidable fish.)

At first Arguelles thought it might be a “whacky” idea to ask general aviation pilots overflying the Gulf of Mexico to participate by spotting and reporting whale sharks. But their reporting could help nail down the search zone for the lab’s researchers.

“It was kind of a shot in the dark,” she said by phone.

Sighting reports, which pilots can provide using this survey form, go into a database of whale shark sightings in the northern Gulf. 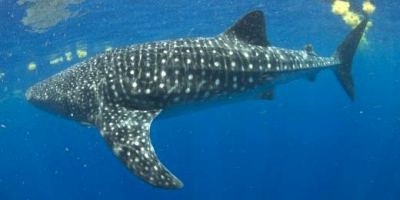 “When we have a general idea of where to locate aggregating whale sharks, our research team heads out,” she said. Volunteer boat captains deliver the scientific teams to their encounters with the whale sharks.

Scientists and divers “enter the water with the whale sharks,” photograph them for identification, make scientific observations and measurements, take DNA samples, and “attach satellite tags for tracking the whale sharks,” she said.

The photos are taken of the left side of the whale sharks, especially the area behind the gills, so that an individual animal’s unique pattern of markings can be used to confirm its identity in the future.

Tagging requires using a “tagging pole” that gives the attached dart enough force to penetrate whale shark skin that can be up to six inches thick. Nothing to it.

“It’s not something I would do, but we get these brave people in the water,” said Arguelles. “And the shark doesn’t even notice it.”