The FAA has published a final rule establishing three temporary restricted areas near Twentynine Palms, California, in support of a large-scale Marine Corps exercise scheduled for Aug. 7 to 26. 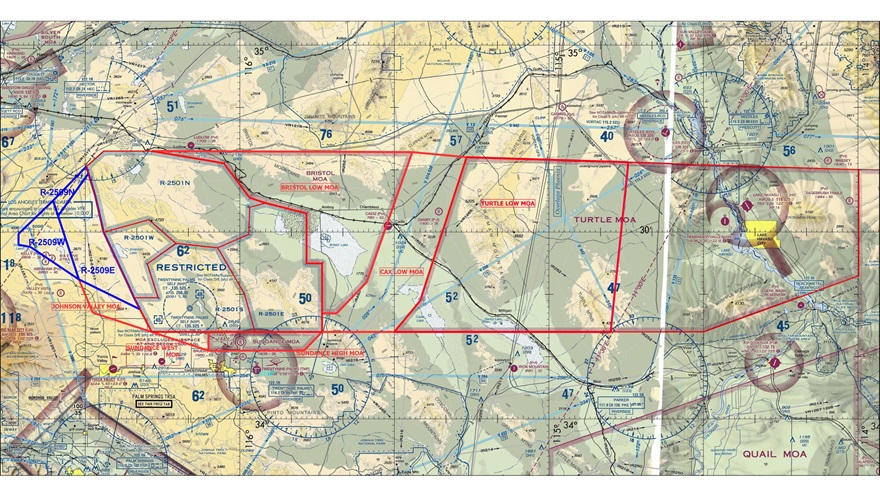 AOPA has long objected to the use of temporary restricted areas to support military exercises, and has called for a moratorium on their use, noting that this temporary airspace is uncharted and creates an unacceptable flight hazard to general aviation pilots.

Also, the publications pilots customarily consult for flight-safety information do not describe the rarely used temporary special-use airspace, creating a gap in pilots’ ability to assess a flight’s risk.

“Notably, temporary restricted areas have not been used in 20 years,” said Rune Duke, AOPA director of airspace and air traffic.

The notam issued for the temporary restricted areas will use the key word “tempo” and will not include a description of where a pilot may find the airspace. The temporary airspace will be graphically depicted on the FAA’s special-use airspace website, and in the Notices to Airmen Publication.

Outreach to pilots will be a high priority for AOPA between now and when the temporary restricted areas become active, with the association working with the FAA and the military to enhance safety by alerting pilots to the changes.

Meanwhile, AOPA continues to voice concerns to the FAA about the use of temporary restricted areas absent any easily accessible guidance for pilots, and before a technological solution is available to display the airspace on an electronic flight bag or moving map, Duke said. 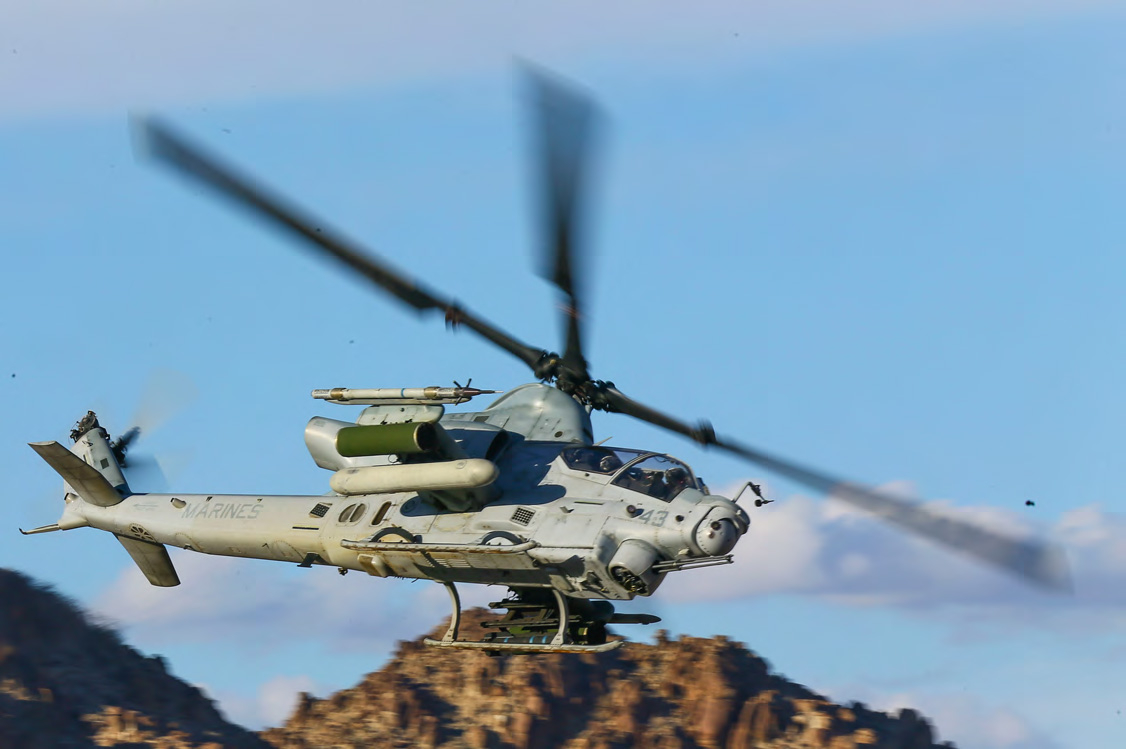 “We are concerned that pilots are being set up for failure and will unintentionally violate this airspace, placing them and the military participants at risk. We do not oppose the Marine Corps conducting this necessary training. We oppose the use of special-use airspace that pilots have little to no knowledge of,” he said.

The rule establishing the temporary restricted areas was published in the Federal Register June 29. It acknowledged AOPA’s contention that the special-use airspace plan in the area east of Los Angeles raises a variety of hazards for GA flight operations, including placing flights closer to precipitous terrain, forcing deviations into “more complex and congested airspace,” and impacting heavily used airway V-386.

The rule also acknowledged that in 2016 “the FAA previously withdrew a proposal for the same temporary restricted areas because efforts to mitigate the aeronautical impacts were unsuccessful.”

Mitigations agreed upon since then “have adequately addressed the FAA’s earlier concerns,” it said in response to AOPA’s concerns.

In May 2017, AOPA participated in a safety panel, pointing out again that the hazard for GA remains unacceptable. AOPA noted that the guidance publications pilots customarily consult do not describe temporarily established special-use airspace. In a May 18 letter to the FAA, AOPA described the increased reliance on temporary restricted areas to support military operations as “a troubling trend.”

Complicating the issue further for pilots, there is no process for temporary restricted areas to be provided by flight information services-broadcast (FIS-B) “and to then be electronically depicted on a moving map,” AOPA added, noting that “airspace incursions have dropped dramatically with the proliferation of moving map technology.”

“Activating temporary Restricted Areas without the process in place for third party vendors to depict them electronically for pilots is counter to safety and our joint efforts to reduce incursions,” AOPA wrote.

The Aeronautical Information Manual notes that special-use airspace is charted along with hours of operation, altitudes, and the controlling agency, perhaps giving pilots an incorrect expectation that the same information will be available for the California temporary restricted areas.

The AIM also notes that “penetration of restricted areas without authorization from the using or controlling agency may be extremely hazardous to the aircraft and its occupants.”

AOPA has urged the FAA to impose a moratorium on temporary restricted areas until it can review policies “to determine if these areas are compatible and safe for all users” of the National Airspace System. AOPA also has called on the FAA to update publications such as the AIM and the Pilot/Controller Glossary to acknowledge “unrecognized temporary SUA.”

Dan Namowitz has been writing for AOPA in a variety of capacities since 1991. He has been a flight instructor since 1990 and is a 35-year AOPA member.
Go to Dan Namowitz's Profile
Topics: Advocacy, Notams, Flight Planning