Get the app Get the app
AOPA Members DO more LEARN more SAVE more - Get MORE out of being a pilot - CLICK HERE
News & Media ATC privatization pitfalls: Point by point

The issue of air traffic control reform surfaces in Washington, D.C., from time to time, and with the 21st Century AIRR Act (H.R.2997) under consideration for a vote in the House of Representatives, that debate is happening again. 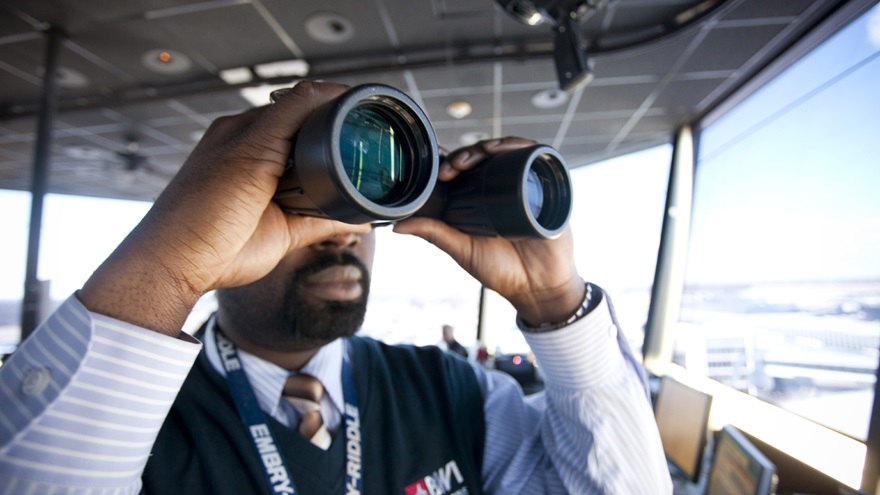 Just last year, similar legislation was proposed and passed committee vote, but never reached the floor of the House. This time, with the support of the White House, the legislation stands a serious chance of becoming a reality.

While often referred to as privatization, H.R.2997 really just takes a monopoly and turns it over, lock, stock, and barrel, to a board dominated by the airlines and their affiliates. Rep. Mario Diaz-Balart (R-Fla.), senior member of the House Committee on Appropriations and chair of the Subcommittee on Transportation, Housing and Urban Development, said the organization that would run ATC “will be a monopoly run by private interests with zero oversight. There’s still no competition.”

As the International Business Times reported, “The board could easily come under the control of the major U.S. airlines, which have spent millions lobbying the government to privatize the nation’s airspace.”

The cost of flying will go up and delays will not decrease despite claims from the airlines and their front groups like Citizens For On Time Flights. A 2016 Delta Airlines study estimated an increase of 20 to 29 percent in ATC fees on airline ticket under privatization, and according to the Bureau of Transportation Statistics, 80 percent of delays in the system are caused by the airlines and weather, neither of which H.R.2997 can address.

Privatization is simply a move by the airlines to control the system—the very airlines that jam passengers into a seat and reap billions of dollars annually from travelers who simply want to bring along luggage. Without even getting into customer service issues, do you really want the airlines running the U.S. ATC system?

Remember, these are the same airlines that have filed for bankruptcy dozens of times since 1978.

What happens when fuel prices go up again or God forbid another terrorist attack, considering this new entity would be leveraged with billions in debt on day one?  Where do the cuts and funding come from, the major airports around cities? Of course not.

GA and rural communities will be left with the crumbs as the board will be dominated by commercial interests.  As the Delta Airlines study said, “Effects of privatizing ATC could also place a greater financial strain on smaller airports that serve rural communities and other populations located outside major urban centers.”

In congressional testimony on privatization, Transportation Secretary Elaine Chao admitted the oversight board would favor the interests of larger airports.

The federal government does two things well: national security and air traffic control. In fact, ATC is the FAA’s best asset. According to a 2016 GAO report, the United States is considered to have the busiest, most complex, and safest ATC system in the world.

Aviation accounts for more than five percent of our gross domestic product, contributes $1.6 trillion in total economic activity, and supports nearly 11 million jobs, according to the FAA. Aviation manufacturing is one of the few industries left that generates a positive trade balance for the United States.

We’ve seen what has happened with Amtrak and other government hybrids, and we don’t need one in the sky. Andrew Langer of the Institute for Liberty wrote, “The proposal, which is being pushed almost exclusively by the big commercial airline lobby, would actually create a new quasi-governmental, public-private entity similar to a government sponsored enterprise (think Fannie Mae or Amtrak).”

AOPA supports modernizing ATC, and the FAA could be a lot more efficient. Congress could do a number of things to help, short of H.R.2997. Growing capacity in the system and allowing more people to experience flying is a laudable goal that AOPA supports. But the issue must be addressed in a holistic manner.

The airlines say projected growth demands a new system to manage ATC. But where are these airplanes going to land?  It is almost impossible to build a new airport in this country. For example, it took four years to build a new runway at Seattle-Tacoma International Airport but permitting took 15 years. Todd Hauptli of the American Association of Airport Executives told Congress, “It took longer to build that runway than the Great Pyramids of Egypt.”

Where are the airport gates and runways to accommodate this growth that modernization is promising?

Another downside of privatization would be the cost, and all taxpayers, not just air travelers, would have to dig deeper in their pockets. U.S. government cost estimates for implementing privatization range from $20 billion to $46 billion, but that would likely be just the beginning.

A privatized ATC would inherently be “too-big-to-fail” and eventually require increased fees and/or taxpayer funded bailouts, as seen in Canada and the U.K. As The Atlantic reported, “Taxpayers could potentially be on the hook to bail out that entity—in the name of safety—should it go under.”

As for ATC technology and claims by the airlines that NextGen is behind schedule and over budget, the GAO found costs have not increased significantly above initial 2004 estimates. According to the FAA, NextGen data shows the program is “delivering benefits to industry and the public on time, on budget, and in quantifiable segments.”

Paul Rinaldi, president of the National Air Traffic Controllers Association which has endorsed the 21st Century AIRR Act, wrote in congressional testimony that the critical NextGen technology upgrades are on time or ahead of schedule. The Washington Post reported that it is the airlines that have actually been reluctant to spend on adopting the new technologies.

Supporters of privatization often point to other countries that have taken similar steps, namely Canada and the United Kingdom, but close examination proves they should be warnings not validators.

According to the Delta Airlines study, Canadian flyers faced a 59-percent increase in ATC fees on airline tickets and the U.K. saw a 30-percent jump following privatization.

Since 1998 Canadian ATC has seen their revenue go up by around 21 percent while flight volume actually decreased by 16 percent, per the Delta Airlines study. The GAO also found that following privatization, many Canadian general aviation pilots in rural areas faced an increase in fees.

Additionally, a 2015 study conducted by industry consultant Bob Mann showed that the FAA-run system is already more efficient than the Canadian counterpart to the tune of 8 cents per mile.

Sen. Jerry Moran (R-Kan.) highlighted the unintended consequences and broken promises that came with privatization in Canada. "Proponents point to Canada as the model for how ATC privatization ought to be accomplished, but general aviation in Canada continues to pay not only aviation taxes but user fees as well, the industry has not received the fair treatment originally promised from privatization," said Moran.

Similarly, the United Kingdom has seen a decline in airport services outside of London and required a multi-million-dollar taxpayer bailout after the post-9/11 downturn. According to a 2015 study by the U.K. Airports Commission, privatization has hurt access to aviation in rural areas of the United Kingdom, and has had a detrimental effect on local economies.

With a nearly unified airline assault for control of the nation’s airspace and so much at stake, AOPA is urging members to contact their representatives in Congress to oppose the 21st Century AIRR Act, H.R.2997.