American Legend Aircraft Co. has been steadily ratcheting up the power and performance of the classic Cub design, and now heads to EAA AirVenture in Oshkosh, Wisconsin, with a new model that boasts performance enhancements well-suited for backcountry adventure. 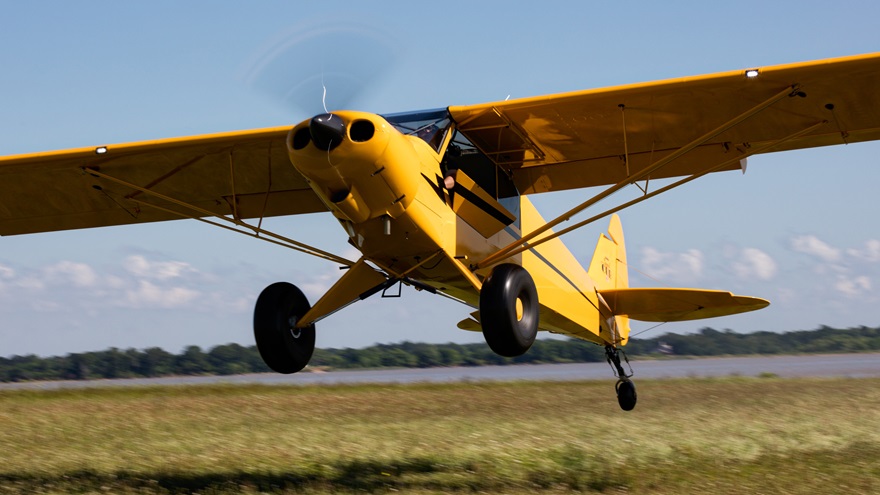 The Super Legend XP follows up on the Super Legend HP (which was reviewed in the June issue of AOPA Pilot) with new features and tweaks that squeeze a little more speed out of the classic design, and improve low-speed handling as well. A company news release also described improvements to the undercarriage and increased fuel capacity (from 30 to 40 gallons useable), so the Super Legend XP has longer legs both literally and figuratively speaking.

The 180-horsepower Titan engine of the Super Legend XP can run on both mogas and avgas, with a selector switch that adjusts the engine timing for either fuel. That engine turns a new Catto propeller that contributes to improved short-field performance that also results from wing and landing gear modifications. Wing changes include square tips, extended flaps and ailerons, as well as the larger fuel tanks. The landing gear has been extended three inches forward, with an extra three inches in height as well, resulting in an increased angle of attack on the ground and improved takeoff performance along with better braking, the company noted in a press release. The undercarriage has also been upgraded with shock absorbers from Acme Aero that enhance both comfort and control, the company said. Tundra tires ranging from 8.5 to 30 inches can be fitted.

Other upgrades to the Super Legend XP include L-21-style extended rear windows and a skylight for improved visibility. “Their full effects are observed during low-and-slow surveillance and reconnaissance operations,” the company noted, going on to quote launch customer Joe Edwards, who raved that the “XP is the best of all worlds. It cruises more comfortably and performs short takeoffs and landings with the best of them. My XP stalls at 8 mph less, at approximately 25 mph, with its longer flaps.”

The Super Legend Cub is sold as both a kit and a factory light sport aircraft. The new model will be on display July 24 through 30 at EAA AirVenture.