Editor's note: This article was updated July 28 to clarify the total number of jobs.

Boeing predicted an ongoing strong demand for aviation industry jobs with no signs of it slowing down. The aerospace giant released its jobs outlook for the next 20 years at EAA AirVenture July 24, and the Boeing Global Services report showed a need for 637,000 commercial aircraft pilots; 648,000 technicians; and a whopping 839,000 cabin crew members within the next 20 years. 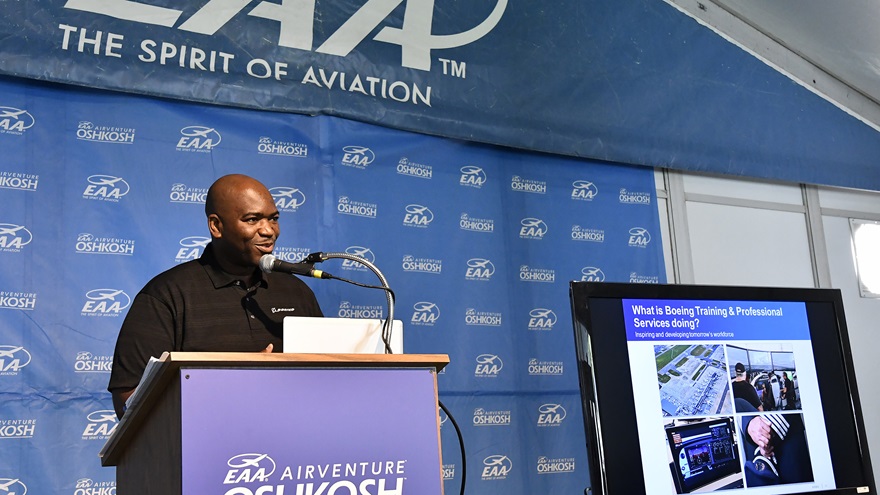 “It’s a very exciting time for Boeing” and for career aviators in general, said William Ampofo, the firm’s vice president for business and general aviation aircraft. “We’re out of the gate and off to a very good start.”

According to the Boeing report, the demand for high-quality aerospace professionals is driven by three things; emerging economies, strong aircraft replacement demand, and new markets. He said new aircraft with increased capability and travelers with discretionary income will likely help fuel the hiring surge.

Asia and the Pacific led the anticipated demand for pilots at 253,000, with North America at 117,000 and Europe at 106,000. The same three global markets also will drive the need for a similar number of aircraft mechanics. Ampofo noted a slight downturn from the company’s previous mechanic projections because new aircraft are simply more reliable. 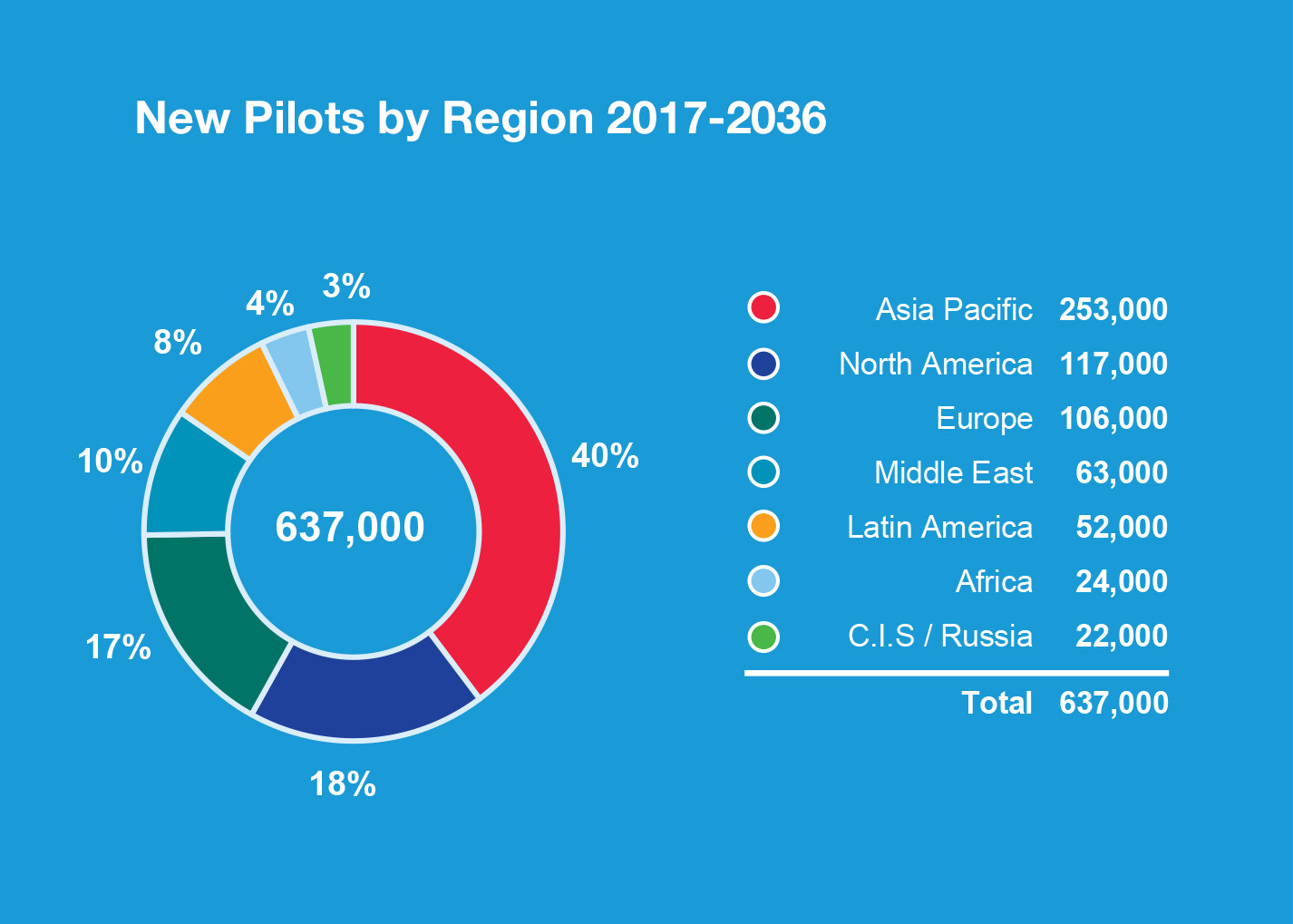 He said GA accounts for a key piece of the supply-line puzzle by training pilots, mechanics, and other aviation professionals moving up from local flight instruction facilities to regional carriers—and ultimately—to the major airlines. Salaries are “absolutely” one of the reasons pilots leave regional air carriers, but he thinks there might be a way to correct that trend.

“We have to make sure that we have the pipeline to fulfill that market,” Ampofo added. Many regional air carriers have begun battling back against the jump to a major carrier by offering attractive hiring packages that include incentives and bonuses if pilots remain loyal to that company.

The real surprise from the report, explained Ampofo, was the anticipation of 839,000 cabin crew to support all of the additional travel. “These numbers are just staggering,” he noted, explaining that Boeing is “not only thinking about selling airplanes but looking for ways to support the global aviation community.”

Carl Davis, Boeing’s director of air crew operations, said, “Now is as good a time as I’ve ever seen” for young people to pursue an aviation career. He suggested a foundation in science, technology, engineering, and math (STEM) courses would help prepare them for future opportunities.

Ampofo emphasized that Boeing’s ongoing educational and recruitment efforts extend down to the high school level. The firm’s commitment to teaching youth about STEM concepts is a way to bring more young people into the aviation environment. He added, “The future is very bright” for those considering aviation as a career.

AOPA has recognized the importance of growing the pilot population, and the association has put several programs in place to ensure a robust future for aviators. The goal of AOPA’s You Can Fly High School Initiative is to help build and sustain aviation-based STEM programs and provide a quality workforce to the aviation industry.

This is the eighth year for Boeing's highly regarded report, which is used by colleges, businesses, and other institutions to gauge interest in aviation careers; tailor their learning programs; and provide curriculum to career pilots, mechanics, and cabin crew.

Ampofo said the shortage of qualified aircraft pilots, mechanics, and crew “is not coming anymore, it’s upon us.”