Get the app Get the app
Already a member? Please login below for an enhanced experience. Not a member? Join today
News & Media Civil Air Patrol volunteers can fly under BasicMed soon

Volunteer pilots for the Civil Air Patrol (CAP) are standing by for final clearance to fly under the BasicMed rule, according to Lt. Col. John W. Desmarais Sr., the organization’s director of operations, who reached out to insurance carriers, the U.S. Air Force, and the FAA to confirm that pilots would be able to continue their missions under the regulations that went into effect May 1. 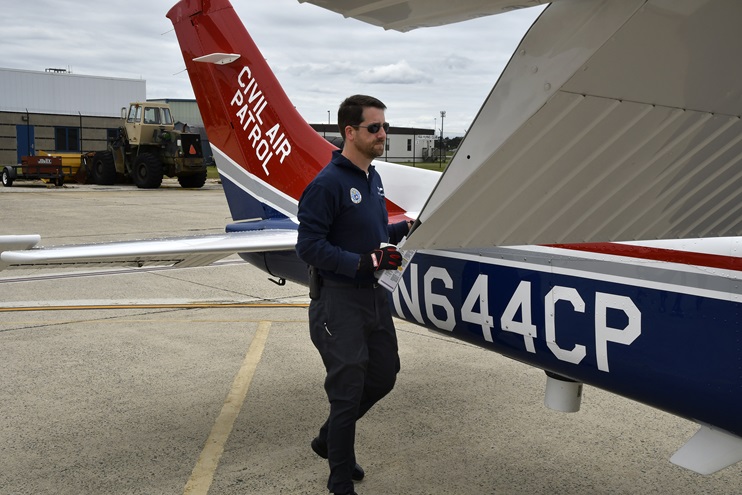 The organization was founded in 1941 to help protect and defend the United States. In more recent years, CAP has acted as an auxiliary arm of the U.S. Air Force; patrol members are frequently tasked with critical search-and-rescue missions, disaster documentation, and other security functions.

BasicMed “kind of changes the way we do business for some things, but it really opened the doors for some other folks,” said Desmarais. He explained that under third class medical regulations, CAP pilots had to pay for a separate airman medical exam, “so in the long run it’s less expensive for many of those pilots” to fulfill their volunteer duties with the organization.

Desmarais described the three-pronged approach the organization deployed to clarify its exemption to operate under BasicMed rules.

“The first thing we had to do was check with our insurance carrier to see if our folks were covered under BasicMed” without premiums increasing, he explained. “We are a nonprofit, so we had to make sure that it would not affect our budget.”

Next, Desmarais spoke with the U.S. Air Force “because 75-85 percent of our missions are performed for them.” Many CAP pilots are retired Air Force personnel, and Desmarais “wanted to be up front and in agreement” with the military service before moving forward. “They told me to ‘stick with what the FAA requires’ and we’d be OK.”

Finally, the organization sought record-keeping advice from the FAA because of stipulations in its charter. “The last thing we did was go to the FAA and seek clarification for paperwork because under our existing [operating] exemption we had to keep a copy of an FAA medical.”

Any pilot flying under the new rule “must also keep both the completed Comprehensive Medical Exam Checklist and education course completion certificate in his or her logbook,” reminded AOPA Senior Director of Government Affairs David Oord, who explained that the records also may be stored electronically and made available upon request.

Desmarais described additional “little nuances in the BasicMed law that affect us,” including aircraft restrictions. While a Civil Air Patrol Cessna 172 or 182 will never see the BasicMed 250-knot indicated top speed restriction, the Air Force auxiliary does fly aircraft with more than six seats.

“We’ve actually got some aircraft in the fleet that are eight seats. Our Gippsland GA8 Airvan is primarily a transport aircraft when we have to move folks around,” Desmarais said. The seats are removable, he added, so the aircraft is sometimes called upon to ferry supplies during a disaster. The organization has four Airvans in Alaska and 12 in the Lower 48. The cargo- and passenger-hauler requires the pilots who fly it to carry at least a third class medical certificate. “The rules are very clear on that.”

The CAP has 3,000 active pilots on its roster and “another 6,000 pilots that could get back into flying” under the new BasicMed rules, he said. It is composed of 57,000 members with “just over 24,000 cadets and just under 33,000 adults,” Desmarais said, adding that the organization typically flies an estimated 60 to 75 disaster missions each year and has already counted “1,400 hours of sorties on disaster relief” in the last 12 months, including hurricane support in North Carolina, South Carolina, Georgia, and Florida.

He was optimistic about how BasicMed rules would play out in the coming years, especially in lowering the cost for aviators and increasing the pilot ranks: “I’m hoping that a lot of noncurrent pilots will be interested in flying again, especially if the cost is lowered. Hopefully that’s a barrier that’s been removed in the big picture—and that’s a good thing for us. Growing the pilot community is a priority.”

Desmarais said the organization has not yet implemented BasicMed but is looking “to do that within the coming weeks,” most likely in July.