Get the app Get the app
Already a member? Please login below for an enhanced experience. Not a member? Join today
News & Media Training Tip: A positive exchange
Sponsored by Aircraft Spruce

A flight instructor is introducing maneuvers to a student pilot in the practice area. Following a steep turn demonstration, the CFI turns the controls over to the student. “You have the airplane,” the instructor announces. 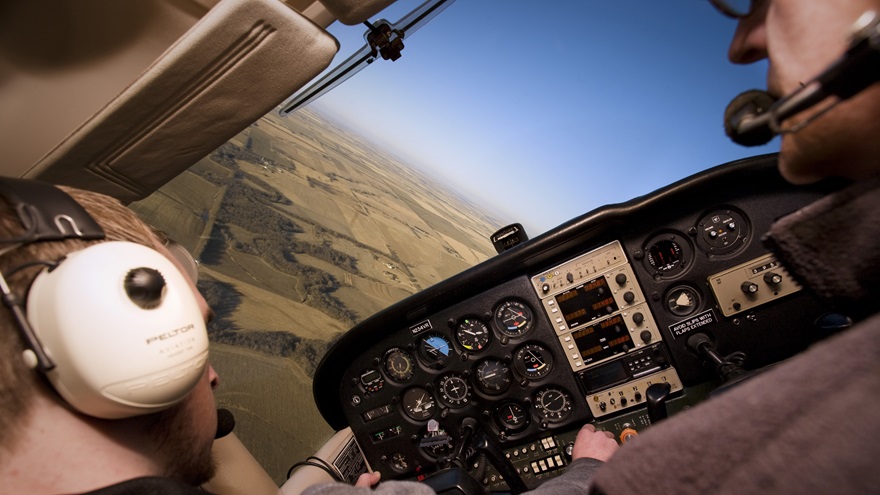 Instructors should ensure students have a clear understanding of how to exchange command of the aircraft before flight. Photo by Mike Fizer.

Returning to the traffic pattern, where the wind has come up, the landing becomes an unscheduled introduction to crosswind landings after the student requests assistance—resulting in the CFI taking back control in a smooth, clearly communicated exchange the pair agreed on when they began flying together.

Using a reliable system for positive exchange of flight controls is one of the first elements of crew resource management (or cockpit resource management) you encounter in flight training. It comes into play when an instructor turns the controls over to the trainee for practice, and it works in reverse, if a CFI must take over to correct an error, or if the student asks to see another demonstration, or is getting fatigued.

Accidents traced to unclear exchanges of control are not uncommon—suggesting that in addition to discussing how you will effect a positive transfer, it’s a good idea to hold a short rehearsal in the aircraft before start-up. Later, stick to the script.

Clarity of communication is key, as underlined in the Private Pilot Airman Certification Standards: It notes that an applicant must demonstrate “the ability to identify, assess and mitigate risks” including “failure to positively exchange the flight controls.”

Suppose you have requested that your instructor take over, and you are certain the message has been understood. Be sure to completely release the controls. That includes removing your feet from rudder/brake pedals.

When a loss-of-control-on-landing accident damaged a single-engine aircraft in which an instructor had taken over control from another pilot in Durango, Colorado, in May 2016, the National Transportation Safety Board determined the probable cause as “the instructed pilot's interference with the flight controls during landing, which resulted in the flight instructor's inability to maintain directional control.”

By contrast, a smooth control exchange described to the Aviation Safety Reporting System involved a McDonnell-Douglas MD-80 jet captain calling for an aborted takeoff and taking over control from the first officer after the aircraft began to rotate prematurely.

They learned later that the airplane’s left elevator was jammed in the up position—a scenario in which a botched exchange would have made a bad situation much worse.