AOPA is among the members of a new committee assembled by the FAA to develop recommendations for drone identification and tracking, laying important groundwork for future regulatory envelope expansion expected to allow flights over people and beyond line of sight. 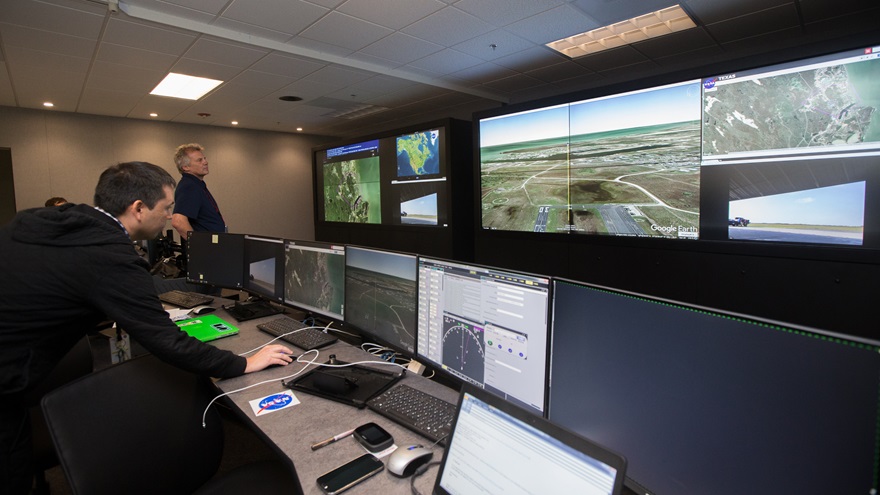 A laborartory at the NASA Ames Research Center has been set up as an unmanned aircraft traffic control test center where researchers coordinate and monitor fights at test centers around the country. Jim Moore photo.

Committee membership extends to a variety of industry and airspace stakeholders. The committee will work toward consensus on recommendations to facilitate digital identification and tracking of unmanned aircraft, which the FAA previously identified as an important prerequisite to more permissive regulations.

FAA Administrator Michael Huerta said in March that the inability of law enforcement agencies to remotely identify drones in flight was among the significant obstacles in the way of allowing sought-after operations including logistics (delivery) or media coverage of large events. Technology has been developed to allow remote identification of drones, and the industry has generally embraced the digital ID concept.

The Unmanned Aircraft System (UAS) Identification and Tracking Aviation Rulemaking Committee (ARC) will prepare recommendations on digital drone identification technologies and how those technologies may address security concerns and public safety needs. The ARC will submit its recommendations to the FAA by October, and is expected to wrap up its work by November. This latest committee is among many UAS-related efforts AOPA has participated in. Ongoing examples include AOPA membership on the FAA Drone Advisory Committee and the Unmanned Aircraft Safety Team. AOPA also participated in past FAA regulatory study and rulemaking related to UAS, and plans to remain involved to promote the safe integration of unmanned aircraft for the benefit of all airspace users.