Get the app Get the app
Get the latest news on coronavirus impacts on general aviation, including what AOPA is doing to protect GA, event cancellations, advice for pilots to protect themselves, and more. Read More
Already a member? Please login below for an enhanced experience. Not a member? Join today
News & Media Vermont will keep aircraft sales tax exemption

Tax law changes signed into law in June by Vermont Gov. Phil Scott include making permanent a sales and use tax exemption for aircraft sold to businesses engaged in air commerce, and parts and equipment installed on all aircraft. Unmanned aircraft were excluded from both exemptions. 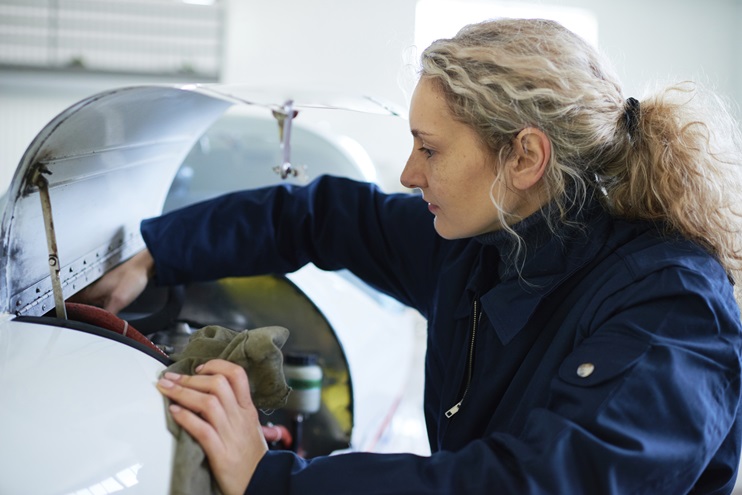 A female aviation technician works on an engine. iStock photo.

The repeal of recurring legislative review of the aircraft sales and use tax exemption—a so-called sunset provision—“will make it easier for aviation maintenance businesses to make longer term investments in their airports and communities, and help neutralize the risk of competition in neighboring states,” said AOPA Eastern Regional Manager Sean Collins.

“Although the legislation started as an effort to expand Vermont’s sales tax exemption to include aircraft sales as a way of becoming more competitive with neighboring states, the initial proposal proved too much to ask for in the current fiscal climate,” he said.

The net effect of S.135’s repeal of the sunset provision is positive for Vermont’s aviation sector, “but Vermont remains as the only state from New York to Maine to tax the sales of aircraft,” Collins said, adding, “AOPA will continue to educate legislators with the help of local AOPA members, to help lawmakers understand the value of targeted tax exemptions that create jobs and help airports remain self-sufficient.”

Christopher Carrigan, vice president for business development of the Vermont Chamber of Commerce, testified several times before legislative committees on the importance of the sales tax exemption, which he said puts Vermont “in a strong position to tap a global maintenance and overhaul market opportunity” estimated at $65.5 billion in 2016.

The permanent exemption also advances the development since 2013 of a Vermont-Quebec aerospace corridor that Carrigan says is opening supply-chain opportunities for Vermont’s $2 billion aerospace manufacturing base with Canada’s $28 billion aerospace industry, the world’s fifth largest. At the same time, Vermont’s proximity to Canada positions the state as a competitive gateway to the U.S. market, he said.

Language included in H.516 states that the aircraft sales and use tax exemption applies to “aircraft, but not drones,” and to parts installed in any aircraft “other than drones.”