Get the app Get the app
Get the latest news on coronavirus impacts on general aviation, including what AOPA is doing to protect GA, event cancellations, advice for pilots to protect themselves, and more. Read More
Already a member? Please login below for an enhanced experience. Not a member? Join today
News & Media Aviation scholarship opportunities abound in March

From academia and aviation advocacy groups to community foundations and organizations dedicated to helping young people explore their futures, a wide variety of programs are being made available to help deserving applicants meet the financial needs of training for, or choosing, an aviation career path. Numerous programs are accepting applications this month—some with application deadlines closing soon, and others extended a few more weeks. 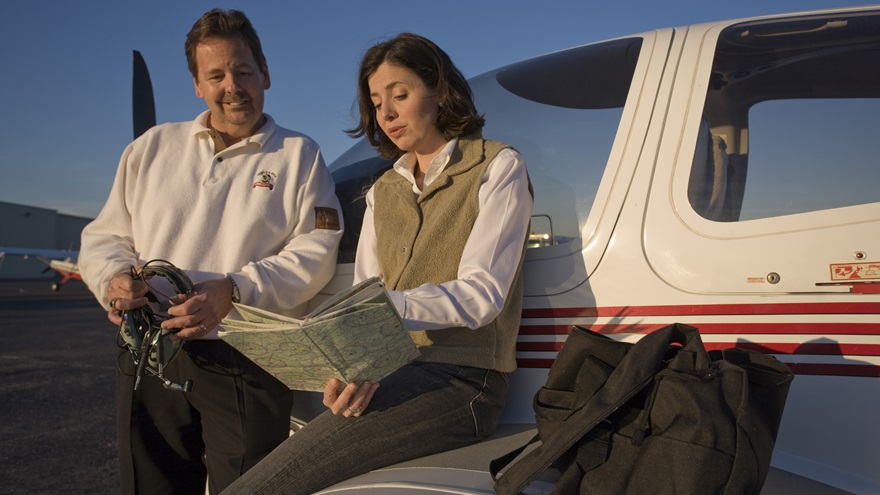 Here are some of the scholarships currently available from other sources, according to information made available online by the awarding organizations.

March 31 is the deadline for those eligible to apply for several scholarships offered by the American Association of Airport Executives through its AAAE Foundation. The AAAE Foundation awarded $261,300 in 2016, and has provided nearly $4.25 million in scholarships to more than 2,700 students, the organization said in a recent announcement of 2017 scholarship grants.

Scholarships are offered to full-time undergraduate or graduate students who are attending any accredited college or university worldwide. All applications must be postmarked no later than March 31. Awards range from $900 to $4,000. They are offered to Accredited Airport Executive, their spouses, and their children. Scholarship recipients can be enrolled in any course of study. Accredited members are sent information on the program annually in early January. Awards are made in July, the group said.

Applications will be accepted until March 31 for a $1,500 Richard L. Taylor Flight Training Scholarship awarded by the National Air Transportation Foundation. The award is to be used for one year of full-time undergraduate study. Applicants must be enrolled in a flight program through an accredited college or university with aspirations of becoming a professional pilot; and possess a private pilot certificate among other requirements. The scholarship is named for Associate Professor Emeritus Richard L. Taylor, who was a member of the Aviation Department at Ohio State University for 22 years, and is the award-winning author of 14 aviation books.

The Grand Rapids (Michigan) Community Foundation awards more than 50 scholarships annually, mainly to Kent County students bound for college or pursuing technical careers. To be eligible for the Joshua Esch Mitchell Aviation Scholarship, application deadline April 1, a student must be a U.S. citizen enrolled full- or part-time at a college or university in the United States providing an accredited flight science curriculum, according to the organization’s s website. Applicants must be second-year students or above and have a GPA of at least 2.75 pursuing studies in the field of professional pilot with an emphasis in general aviation, aviation management, or aviation safety. Applicants must hold a valid pilot certificate (other than a student pilot certificate) and must submit a letter of recommendation from a professional in the aviation field.

The National Aviation Exploring Committee awards individual scholarships annually between $3,000 and $10,000 to aviation Explorers pursuing a career in the aviation industry. The application deadline is May 1, and applications are submitted by email. “The intent of these scholarships is to identify and reward those individuals who best exemplify the qualities that lead to success in the aviation industry,” the organization said on its website. Applicants must be currently registered and active in an Aviation Explorer post, and students under age 18 must have a parent or guardian signature on the application. Three letters of recommendation (aviation post advisor, aviation professional, teacher, employer, community leader, etc.) should accompany the application. Award winners will be notified by email July 1.