Get the app Get the app
Already a member? Please login below for an enhanced experience. Not a member? Join today
News & Media FAA urged to downgrade less-used Class B airspace

Class B airspace, the most stringently controlled of the surface-based airspace classes, should be downgraded when its primary airport’s activity no longer supports the classification. But the FAA has no procedure for making the change, leaving burdensome and costly Class B airspace rules in effect for the airspace’s remaining users. 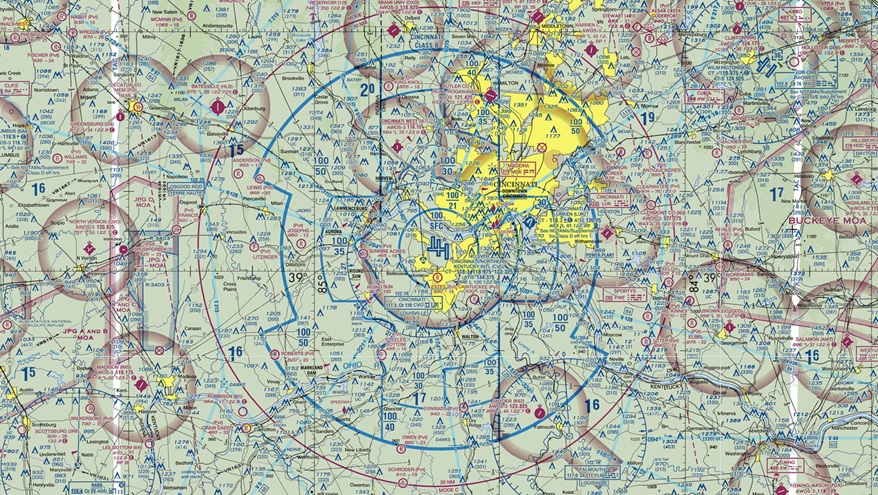 A case in point after years of declining activity is Cincinnati/Northern Kentucky International Airport (KCVG) in Covington, Kentucky’s airspace, AOPA said when requesting that the FAA reclassify the airspace from Class B to Class C as a pilot program to develop a systemwide policy.

“The Association has received numerous complaints from General Aviation pilots in the Cincinnati area detailing the adverse impact the Class B airspace is having on their freedom to fly,” wrote Rune Duke, AOPA director of airspace and air traffic, in a letter making the downgrade case to the FAA.

Airspace can be classified as Class B—with air traffic controllers paid according to the airspace’s complexity—if it meets several criteria. They include that the primary airport serve at least five million passengers; that the primary airport have a total airport operations count of 300,000 (of which at least 240,000 are air carriers and air taxi); and that the Class B designation contributes to the efficiency and safety of operations.

“AOPA argues CVG no longer meets any of these criteria,” Duke wrote.

Since losing its status as an airline hub, Cincinnati/Northern Kentucky International Airport’s declining activity has resulted in “five straight years of a traffic count below the minimum threshold,” Duke said.

Meanwhile, Class B airspace operating rules continue in force for users at 70 private and public airports and heliports, and 640 based aircraft within 30 nautical miles of the airspace’s center. In that 30-nm zone, or “veil,” an altitude encoding transponder is required equipment for the 220,000 annual aircraft operations that occur—approximately the same number of operations as at the primary airport.

Other impacts include mandatory Automatic Dependent Surveillance-Broadcast (ADS-B) equipage for aircraft operating within the Mode C veil after Jan. 1, 2020, at an average cost of more than $3,000 for a single-engine piston aircraft; a prohibition on special VFR; mandatory air traffic control clearance to enter the airspace; visibility and cloud clearances specific to Class B airspace; limitations on student pilots’ use of the airspace; and no aerobatic flight or glider towing operations within the lateral boundaries of the airspace.

AOPA has worked collaboratively on the issue with the FAA and industry groups as part of an RTCA task group. Last year the association earned recognition for staffers’ efforts.

AOPA is urging the FAA—which has established an internal working group to address the airspace issue—to adopt recommendations produced by an RTCA Tactical Operations Committee to “develop criteria to identify where Class B airspace should be revoked,” and to outline a process for revoking it.

The association also has brought the recommendations to the Aeronautical Charting Forum, to ensure that Class B airspace is appropriately charted, Duke said.

Acknowledging that an airspace downgrade from Class B to Class C has never been implemented, Duke noted that resolving Cincinnati’s case could provide lessons that would assist development of “a more complete airspace policy” for the future.