Get the app Get the app
Get the latest news on coronavirus impacts on general aviation, including what AOPA is doing to protect GA, event cancellations, advice for pilots to protect themselves, and more. Read More
Already a member? Please login below for an enhanced experience. Not a member? Join today
News & Media Cessna introduces SkyCourier twin turboprop 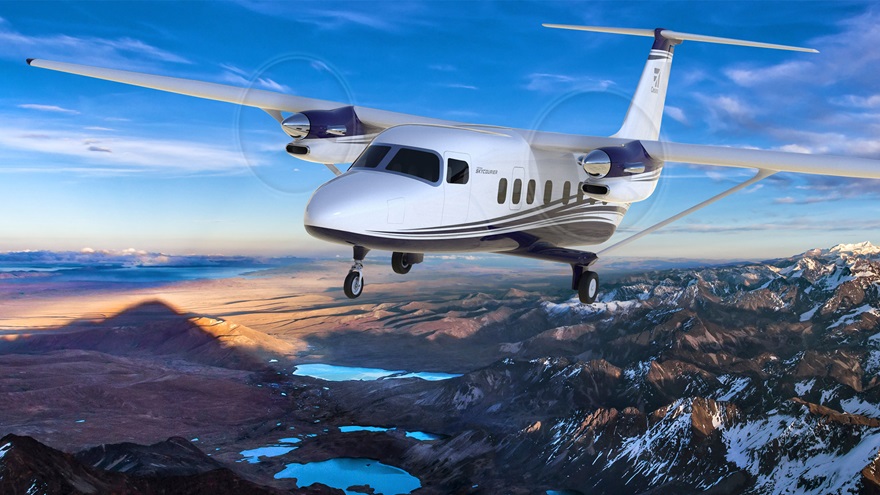 The Cessna SkyCourier 408 is a high-wing, twin-engine, turboprop design that can haul people or cargo and is based on the popular single-engine Cessna Caravan utility aircraft. Photo courtesy of Cessna/Textron Aviation.

The new aircraft can move 6,000 pounds of payload at cruise speeds up to 200 knots with a range between 400 and 900 nautical miles, depending on how heavily it’s loaded.

FedEx Express has signed on for “up to 100 aircraft, with an initial fleet order of 50 cargo aircraft,” according to the announcement. The Pratt & Whitney PT6A-65SC-powered 1,100-shaft-horsepower twin has a service ceiling of 25,000 feet and will require 3,300 feet of runway for takeoff.

The SkyCourier 408 also can be configured for up to 19 passengers with “crew and passenger doors for smooth boarding, as well as large cabin windows for great natural light and views.” Single-point pressure refueling is said to speed up turnarounds for both the cargo and passenger models.

The aircraft has a base price of $5.5 million and is planned for service beginning in 2020. 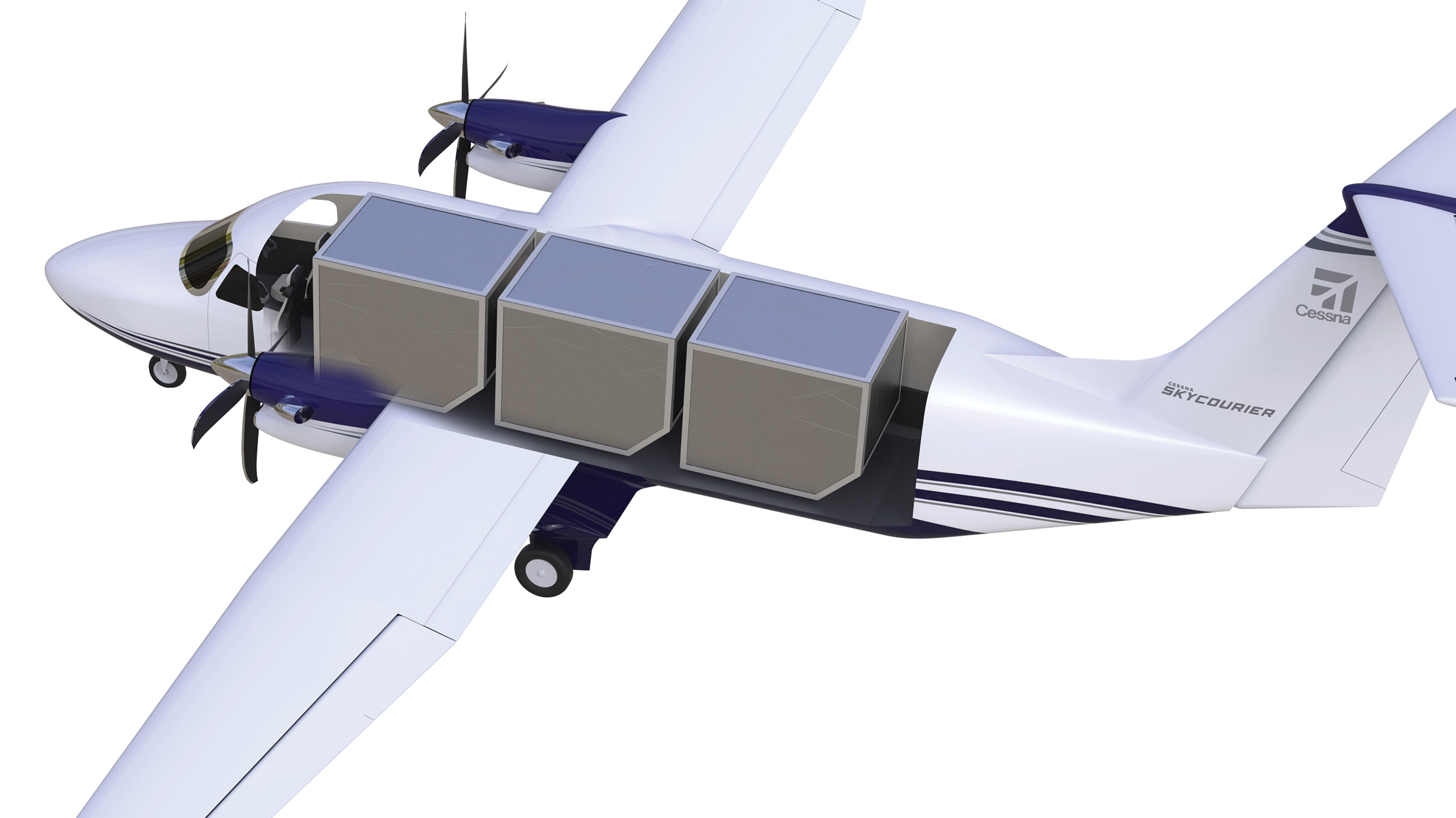