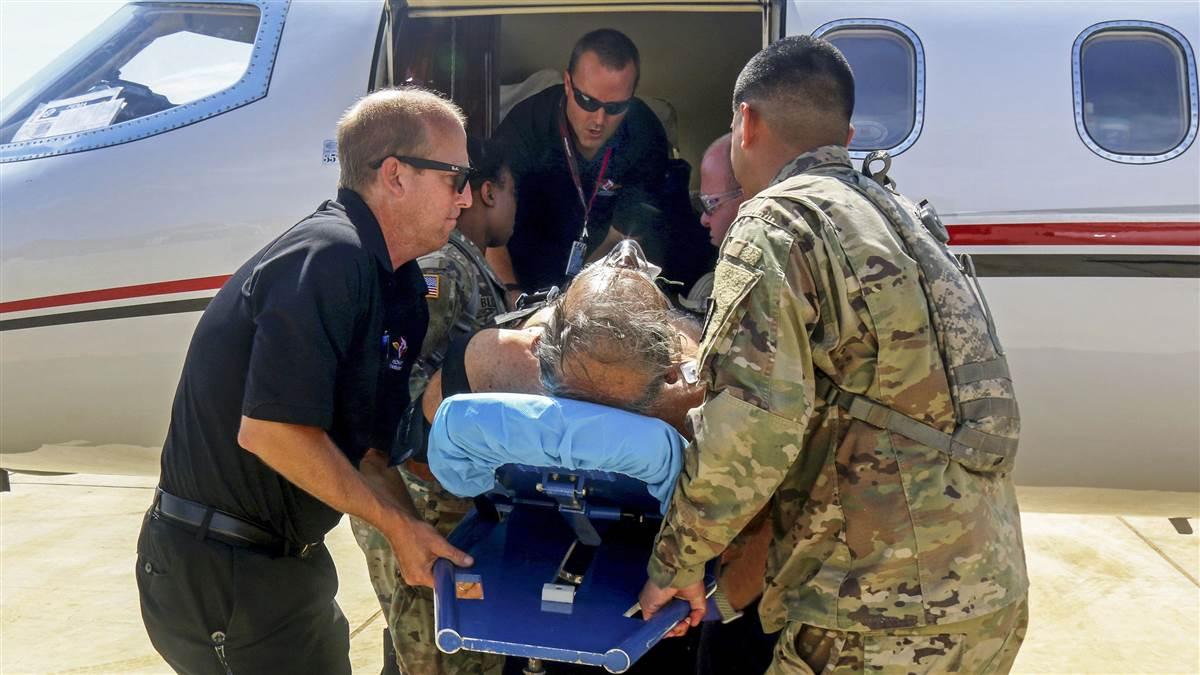 The jet bound for Puerto Rico Sept. 27 was the latest volunteer effort to get off the ground since Wolfe and Jackson formed Operation Airdrop in the wake of Hurricane Harvey, which flooded their native Texas. At last count, the organization credited more than 200 GA pilots for volunteer flights that assisted Hurricane Harvey and Hurricane Irma victims in Texas, Louisiana, and Florida, before Hurricane Maria—a Category Five tempest at the time—flattened the U.S. islands.

The DC-8 “can move some serious freight” confided Wolfe, who was excited to report some good news for beleaguered islanders. 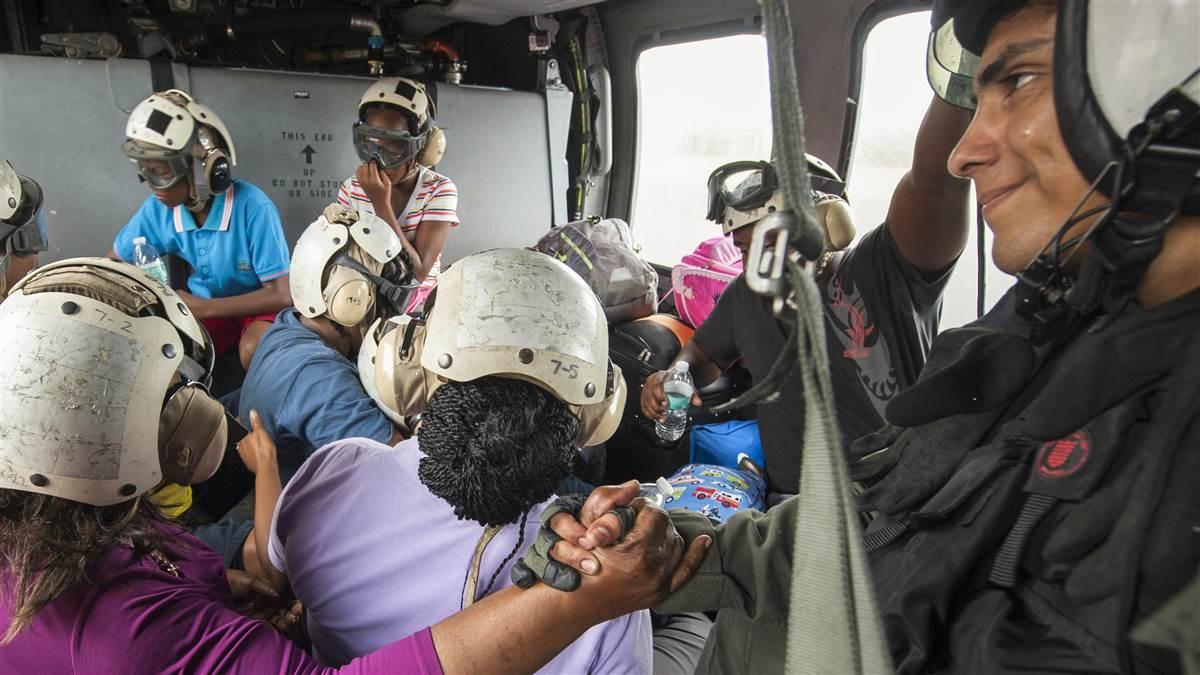 The U.S. Department of Defense estimated that “approximately 44 percent of Puerto Rico’s population” did not have adequate supplies of drinking water and only “eleven of 69 hospitals” had fuel and power. The defense department noted that San Juan International and seven other Puerto Rican airports were “open, or open with restrictions” for mostly daylight operations. The territory still has a dusk-to-dawn curfew in place.

“Today we had our first flight land in Puerto Rico with our crisis team on it,” Wolfe told AOPA. “We got a large donation from Major League Baseball Hall of Famer [Ivan] 'Pudge' Rodriguez, who played for the Texas Rangers.” He noticed the group of aviators “because of our relief efforts during Harvey last month and 'Pudge' wanted to do something" for his homeland.

The Gold Glove-winning catcher was born in Manati, Puerto Rico, and spent 13 seasons with the Rangers before retiring from baseball in 2011.

Wolfe explained that his expertise running GiveMeTheVIN.com, an online auto auction site that is set up as a hub-and-spoke system, helped the grassroots effort get off the ground. “Logistics is our middle name, so I know how to do this,” he said. “We swapped the car haulers for aircraft, and swapped the car auctions for FBOs,” he explained. “Now we’re brokering airplanes, containers for cargo ships, and trucks to deliver the supplies instead of moving automobiles around the country.”

Wolfe said he hoped to load the DC-8 with 100,000 pounds of food, water, medicine, and other relief supplies. “The problem is the big-carrier stuff is going to FEMA, but it’s moving slow.” The Federal Emergency Management Agency has been criticized by island residents, officials, and others for dragging its feet as relief for the territory’s 3.5 million residents begins to trickle in.

“I called a company in Alaska with four C-130s but they were already booked up by FEMA,” added Wolfe. “There’s 1.5 million pounds of supplies in a Florida warehouse that we are trying to haul” to the islands.

Dallas Mavericks owner Mark Cuban and the rapper known as Pitbull also have pledged aircraft for rebuilding and relief efforts. Dallas basketball guard J.J. Barea ferried 40,000 pounds of food, water, and other items to the island; and the musician helped transport cancer patients to the U.S. mainland, according to news reports.

WGNO in New Orleans reported that aviation enthusiasts known as the Cajun Airlift have gathered donations, supplies, and doctors to assist the crippled island. A note posted on the airlift’s Facebook page announced that Homeland Security personnel and the Air National Guard would transport relief supplies to Puerto Rico beginning Oct. 2. The Sept. 28 posting noted that the first mission would include baby formula, diapers, and basic hygiene items and concluded, “You are making a difference, keep pushing.”

AERObridge, the all-volunteer, nonprofit GA organization that acts as a clearing house after natural disasters at home and abroad, has also turned its attention turned toward Hurricane Maria efforts. The organization thanked its volunteer pilots Sept. 18 for “working tirelessly” during Hurricane Irma relief missions in the Florida Keys, after moving east from Hurricane Harvey’s strike on Texas.

Retired U.S. Army Lt. Gen. Russel Honoré, who coordinated response efforts after 2005’s catastrophic Hurricane Katrina, did not mince any words when asked about official response in the wake of Hurricane Maria. He slammed the slow federal response, telling CNN Sept. 28 that it was “a crying damn shame” that help from the U.S. mainland had not arrived sooner. The network reported that 9,500 shipping containers of emergency supplies, food, and medicine were tied up at the port of San Juan because roads were impassable, fuel was in short supply, and logistics were still stymied.

Honoré later told NPR that efforts to rebuild after Hurricane Maria were “a bigger mission than Katrina.” He said the federal relief effort “started about four days too late” and predicted the need for “at least 50-80 helicopters in there.” 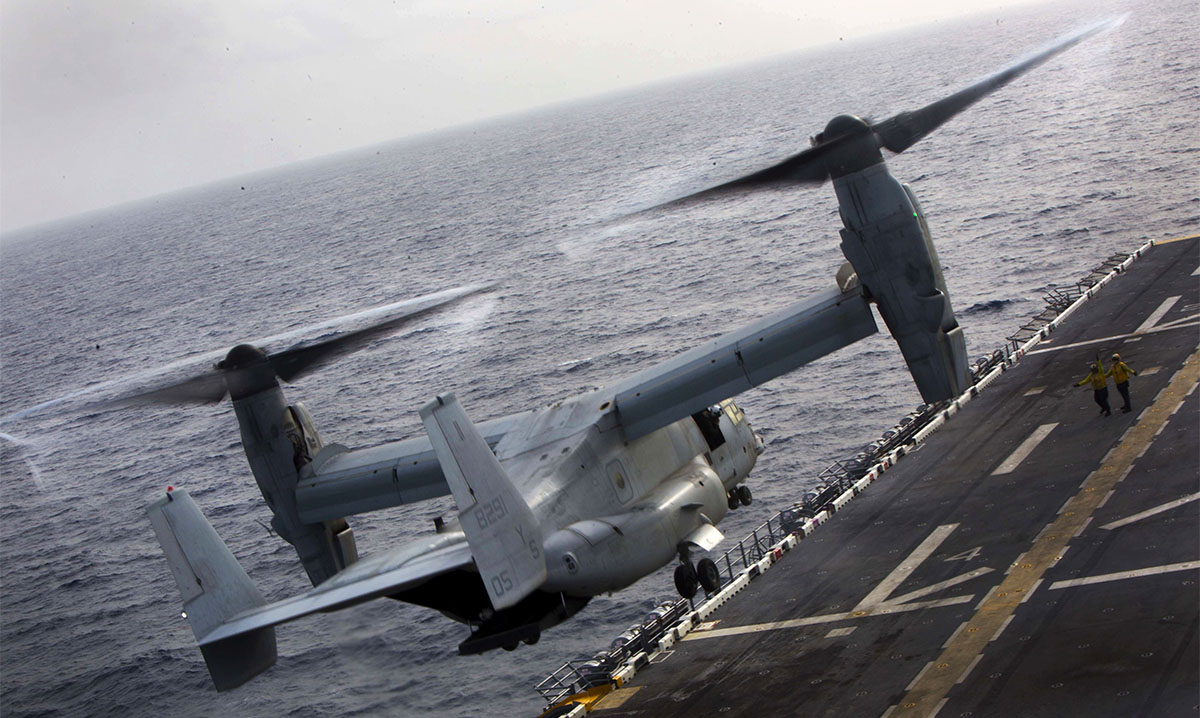 Defense Department spokesperson U.S. Army Lt. Col. Jamie Davis noted in a news release that “the changing scope and conditions” in Puerto Rico in light of an emerging humanitarian crisis would “transition from a short term, sea-based response to a predominantly land-based effort designed to provide robust, longer term support” to FEMA’s efforts there. Davis said the situation in the U.S. Virgin Islands continued to improve, explaining Sept. 26 that relief shifted “from response to recovery” in the hard-hit region. Military airlifts increased “from 3-6 aircraft per hour to 10 aircraft per hour” or about 240 aircraft missions per day, according to Davis.

Vertical-takeoff-and-landing Osprey aircraft were dispatched to Puerto Rico from the USS Kearsarge, an amphibious assault ship operating near the islands at the convergence of the Atlantic Ocean and the Caribbean Sea. “We are moving critical life-sustaining logistics” to interior parts of the island, U.S. Navy Admiral Jeff Hughes told CNN as tilt-rotor Bell Boeing V-22 Osprey aircraft took off from the deck of the ship. Their mission was to deliver supplies including water, food, and medicine to different parts of Puerto Rico “that may not necessarily be accessible from the ground.”

Kathleen Bergen, the Atlanta-based FAA Southern Region spokesperson who handles Puerto Rico and the U.S. Virgin Islands, told AOPA Sept. 28 that the agency’s focus was on “restoring FAA operations at major airports where we have FAA and Federal Contract Towers, and where the majority of relief and military flights are operating.”

Bergen wrote via email that operation was “almost back to normal at San Juan airports” and the FAA noted in a news release that four other airfields were open "with no restrictions" as of Sept. 28. The Puerto Rico Ports Authority oversees nine GA airports on the island commonwealth located about 940 nautical miles from Miami.

FAA Tactical Operations Program Manager Bill Tindall issued an update on damaged aviation infrastructure throughout Puerto Rico and the U.S. Virgin Islands, noting that “the islands were devastated. There is no commercial power, and as a result, everything is operating on generators. There is debris blocking the majority of the roads which presents a challenge in getting to the remote sites and getting fuel delivered.”

When Hurricane Irma roared through a couple of weeks ahead of Hurricane Maria, it splintered much of Saint John and Saint Thomas but largely spared Saint Croix and the Henry E. Rohlsen Airport, where AOPA delivered $300,000 worth of critical antibiotics Sept. 14. However, Hurricane Maria was not as kind and slashed away parts of the hangar roof at Bohlke, the fixed-base operator that received the supplies. A large gaping hole in the rear of the hangar could be seen in aerial reconnaissance photos provided by the National Oceanic and Atmospheric Administration’s “Hurricane Hunter” aircraft and pieces of the front of the hangar's roof were torn off.

“Please be patient,” the FAA’s Tindall asked in the wake of the storm’s relief efforts. “We are doing everything we can to restore systems and services as quickly as possible while ensuring the safety of our maintenance personnel.” 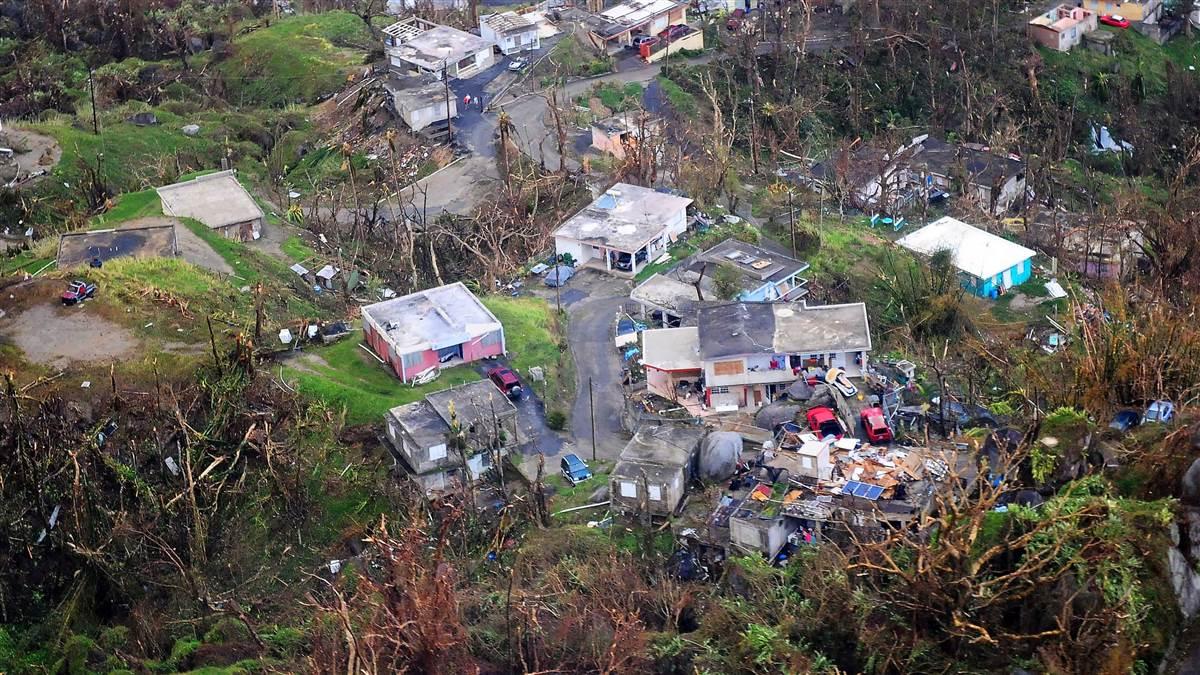