Get the app Get the app
Get the latest news on coronavirus impacts on general aviation, including what AOPA is doing to protect GA, event cancellations, advice for pilots to protect themselves, and more. Read More
Already a member? Please login below for an enhanced experience. Not a member? Join today
News & Media NTSB roundtable targets loss-of-control accidents

Industry and government aviation experts agree that training and technology hold the key to reducing loss-of-control accidents experienced by general aviation pilots. AOPA and the Air Safety Institute shared the work the association is doing to keep GA accidents declining at a roundtable discussion hosted by the National Transportation Safety Board on April 24 at its Washington, D.C., Boardroom and Conference Center. 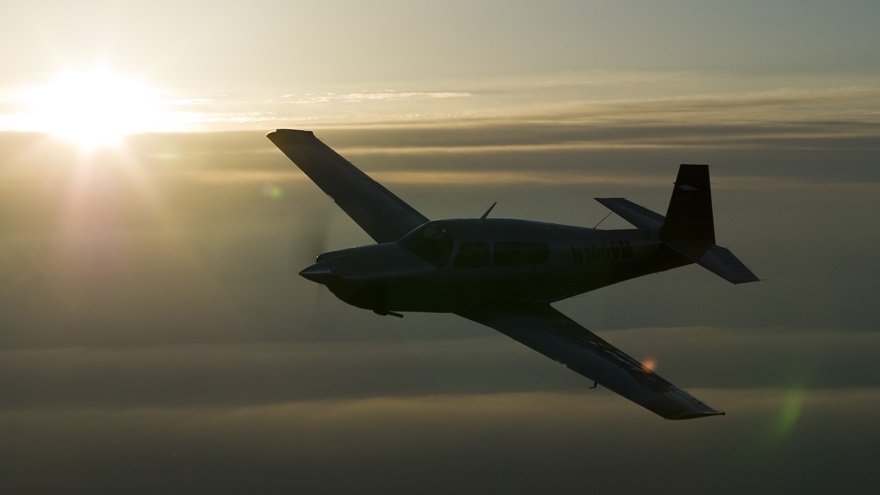 NTSB Chairman Robert L. Sumwalt moderated the daylong session to air solutions to loss of control, a problem that “has figured in more than 40 percent of single-engine, fixed-wing general aviation fatal accidents.”

“More general aviation pilots and passengers die from accidents involving loss of control in flight than any other single factor," Sumwalt said. "Our goal is for these experts to discuss solutions available to prevent loss of control and to identify the path forward in our continued joint effort to improve safety.”

The independent safety board defines loss-of-control accidents as those involving “an aircraft’s unintended departure from controlled flight, which can be due to a variety of reasons, such as pilot distraction, loss of situational awareness, or weather.” Loss of control is a primary reason why the NTSB had placed GA safety on its Most Wanted List since 2012, Sumwalt said. It also is the subject of safety enhancements recommended by the General Aviation Joint Steering Committee, on which AOPA participates.

Fortunately, DeLisi said, the scenario he was describing was set in the future—and there was still time to save the fictional pilot from his fate—provided roundtable participants could come up with ideas about how to do so.

Barkowski addressed the problem from the technological angle, describing how the industrywide initiative to retrofit existing aircraft in the aging GA fleet—for which AOPA strongly advocated—has led to the manufacture of many quality products such as angle-of-attack indicators, electronic flight displays, and autopilots available to legacy aircraft owners at reasonable cost.

The advances were spurred by revised certification regulations and policy under which the FAA can approve new cockpit technology for certified aircraft through a risk-based evaluation method that allows manufacturers to decide more freely how to produce their products.

There is a fundamental difference between upgrading the existing fleet and introducing technology to head off loss of control in newer aircraft, he said, noting that although about 1,000 new piston-powered aircraft are developed every year, there are more than 200,000 aircraft in the existing fleet. Most of those existing aircraft have antiquated cockpit technology—and the average single-engine airplane is 45 years old.

AOPA believes the FAA must continue to support the industry by taking such positive steps as making it easier for companies to expand the list of aircraft approved for their products’ use under supplemental type certificates.

Deres highlighted how the Air Safety Institute is delivering innovative and effective pilot education with products for ground study and flight training. The Air Safety Institute's Accident Case Study videos are the institute's most popular product, he said. They are delivered in a narrative style that pilots enjoy following, augmented by actual air traffic control tapes, producing an effective, engaging educational product.

Deres also described the institute's Focused Flight Review project, a web-based program designed to maximize the flight review as an avenue for enhancing fundamental stick-and-rudder skills, decision making, pilot knowledge of their aircraft’s operating envelope, technologies and performance, and teaching pilots to recognize the precursors to loss of control.

Panelist Patty Wagstaff, an aerobatic champion and active flight instructor, noted that flying is “a very perishable skill,” and described the upset-recovery training she provides to professional pilots.

She emphasized her belief in the importance of pilots continuing to seek ways to improve their skills and knowledge, urging all pilots to read aviation books, magazines, and accident reports—and to continue receiving instruction.

“Sometimes you have to go backwards to move forward, and I think that pilots really have to revisit the basics,” she said.

Retired NASA astronaut Charles Precourt offered his perspective on safety culture from a quantitative point of view, noting that when he flew for NASA, the risk of loss was one in 100 flights. “We had a lot of risk to manage and we had to do it with proper training,” he said.

Society of Aviation and Flight Educators Founding and Charter Member Doug Stewart urged that safety culture be instilled “at the very beginning,” citing the law of primacy, a fundamental principle of instruction holding that a lesson learned first creates the strongest impression.

For the complete list of participants and to view a video of the entire six-hour roundtable, visit the NTSB website.