Get the app Get the app
Get the latest news on coronavirus impacts on general aviation, including what AOPA is doing to protect GA, event cancellations, advice for pilots to protect themselves, and more. Read More
Already a member? Please login below for an enhanced experience. Not a member? Join today
News & Videos A piece of the pie

A look at shared ownership options

There are numerous options for operating your aircraft, ranging from leasing, chartering, and sharing to full ownership. The primary drivers behind these alternative arrangements are the acquisition costs, operating costs, and the legal and tax considerations. This article will focus on the shared aircraft ownership options—how they are the same and how they differ. 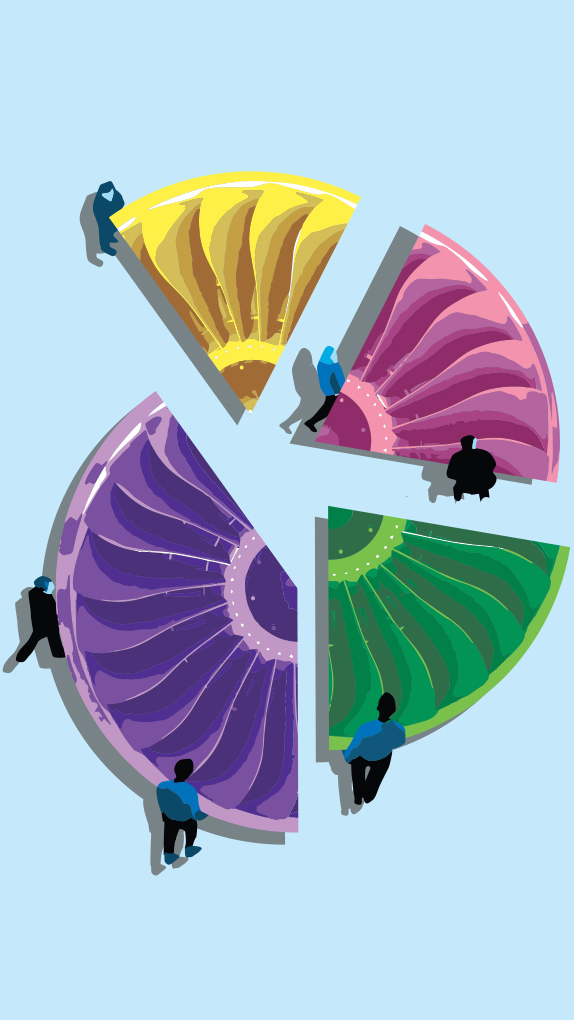 The IRS has also determined that a joint ownership agreement, if executed correctly, is noncommercial for tax purposes. This is based on the fact that each of the co-tenants, or registered joint owners, pays their pro rata share of all fixed costs attributable to the aircraft and also pays the direct operating costs when they are on board their aircraft.

In addition, each of the co-tenants maintains considerable control over the pilots. This includes the ability to hire a pilot other than the ones employed by a joint owner. Also, pilots are under the co-tenant’s exclusive control, subject to the discretion of the pilots as to safety issues. Under this arrangement, the IRS has determined that the amounts paid by the co-tenants for costs associated with the use of their aircraft will not be considered amounts paid for the use of someone else’s aircraft.

FRACTIONAL OWNERSHIP
Fractional ownership, under FAR 91 Subpart K, is a concept where registered co-owners of an aircraft employ a management company and allow the management company to dry lease exchange the aircraft among their fleet. When owners purchase an interest in an aircraft, it guarantees the owner a set number of hours of flight time per year. Under this arrangement, the management company establishes the suitability requirements for the pilots and, in most instances, supplies pilots and pays their salaries. The owner can provide his or her own pilots, however, with 24 hours’ notice.

Joint ownership, shared ownership, and fractional ownership can all be Part 91 operations, and not subject to the commercial federal excise tax when executed correctly. It is in everyone’s best interest to understand how these options differ and which one you or your client is truly interested in. It will affect the application of federal and state taxes on the aircraft, and how the FAA looks at the operation.