Growing deliveries of piston airplanes, business jets, and rotorcraft led an “encouraging” 2017 highlighted by stabilization of the rotorcraft sector after several down years, the General Aviation Manufacturers Association said in its annual State of the Industry Address.

“Notable from these numbers is that the rotorcraft segment stabilized after several years of declining deliveries. Piston rotorcraft experienced the largest increase of all segments at 264 unit deliveries compared to 224 in 2016, a 17.9-percent increase. Preliminary turbine rotorcraft data also indicates an increase of 3.9 percent, to 662 aircraft delivered,” GAMA said in a news release.

New models of business jets entering service drove the 1.3-percent growth in the sector’s deliveries in 2017, up from 667 to 676 units.

A sampling of general aviation aircraft makers revealed variable volumes in 2017. Piper Aircraft shipped 155 total units, up from 127 in 2016, with a 30-unit increases in deliveries of the single-engine Piper Archer III, from 42 to 72, a highlight. Diamond Aircraft’s 137 units shipped topped the previous year’s 132, with its DA40 single-engine airplane the leading product in both years, up 12 units from 2016 to 2017. Cirrus Aircraft shipped 377 aircraft compared to 320, with Cirrus Vision SF50 jet deliveries up from three to 22, driving a billing increase of about $80 million. Textron’s Beechcraft unit results slipped from 151 units to 122, with King Air 350/ER deliveries off from 63 to 45, year to year.

Bell Helicopter’s 132 deliveries of various models topped the prior year’s 114.  The Robinson Helicopter result of 305 deliveries showed growth from 234 in 2016, with all products in the piston R22 and R44 and turbine R66 lines showing increases. Billings followed suit.

Following the release of the year’s results at the Feb. 21 news conference at the Newseum in Washington, D.C., a panel of GAMA Executive Committee members looked to a future primed for growth in technology, expressed guarded optimism about expanded methods for achieving aircraft certification, and noted some short-term challenges—especially for aircraft owners who have yet to arrange to equip their aircraft with Automatic Dependent Surveillance-Broadcast (ADS-B) Out before a Jan. 1, 2020, deadline.

From electric and hybrid propulsion advances to what Straub described as “simplified vehicle operations,” the building blocks are in place for future developments, perhaps with such technologies as advanced envelope protection for pilots leading eventually to “autonomous type operations.”

Technological advances in propulsion are “close to the heart of European aviators” because of environmental issues, noted David Van Den Langenbergh, chair of GAMA’s Airworthiness and Maintenance Committee and chief technical officer of Luxaviation Group of Luxembourg.

Advances that seem far off may arrive sooner than expected, suggested GAMA’s immediate past president, Piper Aircraft CEO Simon Caldecott, who recalled driving a hybrid Prius nine years ago and noting since then the rapid expansion of hybrid technology in the auto industry and stepped up testing of driverless cars.

“All those are technologies that came from aviation. We’ve got the building blocks. It’s not that far away,” he said.

A related question the panel debated was whether training for private pilots should be updated to suit the technological features future pilots will fly.

The panel sounded a note of caution for aircraft owners who have not yet responded to the FAA’s ADS-B mandate, with Chuck Wiplinger, chair of GAMA’s Technical Policy Committee and president of Wipaire Inc., predicting that limited capacity will force installation prices to rise as the deadline, now less than two years away, nears. Caldecott added that owners waiting for prices to come down may find that equipment and installation costs already “bottomed out,” with shop schedules filling out and long waits ahead.

“Lead time is going to get longer,” he said.

Bunce noted that the industry had a banner year in service to communities, advancing youth education in robotics and science, technology, engineering, and math subject matter—a key component in the long-range strategy to meet one of the industry’s critical future needs: a skilled workforce.

He credited business aviation and GA for “just phenomenal” service providing relief during the many hurricanes and weather events of 2017, adding, “We ought to be very proud of what we were able to accomplish.”

Responding to a question about the current political debate over air traffic control privatization—“the fire that doesn’t seem to go out”—Bunce noted that in his 14 years with GAMA, the issue has been raised “virtually the whole time,” making it important for the industry to keep telling its story and rallying its workforce and supporters.

Dan Namowitz has been writing for AOPA in a variety of capacities since 1991. He has been a flight instructor since 1990 and is a 35-year AOPA member.
Go to Dan Namowitz's Profile
Topics: General Aviation Manufacturers Association, ADS-B, Aviation Industry 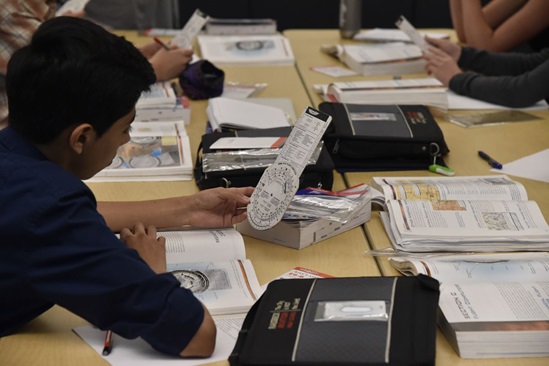