What the government shutdown means for GA

At 12:01 a.m. on Jan. 20, the federal government officially shut down. And while a number of key Republican and Democratic leaders have expressed optimism about being close to a deal, there’s no telling when it will actually happen. 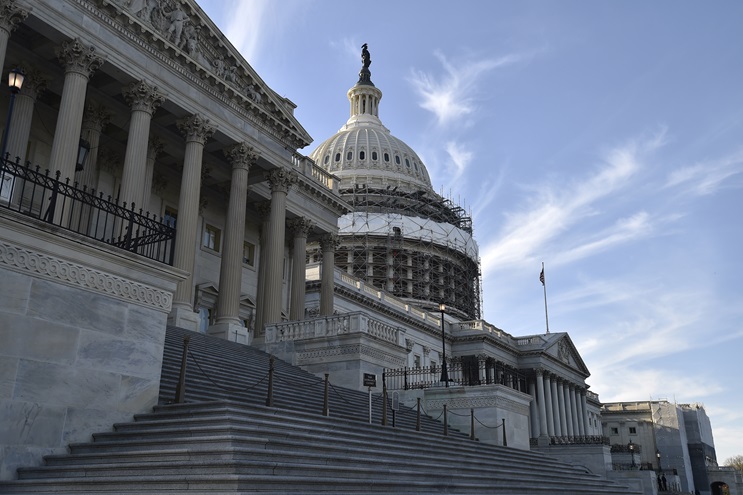 The Capitol is home to the U.S. Congress. The House and Senate have significant influence over general aviation. Photo by David Tulis.
The last federal shutdown was in 2013 and lasted 16 days. The longest shutdown started on Dec. 5, 1995, and lasted for 21 days.

As with past shutdowns, many of the core government functions to aviation including air traffic control will keep running, but a number of key programs will be put on hold until funding legislation is signed into law.

How we got here

The House passed a short-term continuing resolution on Jan. 18 that would have funded the government for four weeks. It included six years of funding for the Children's Health Insurance Program, but Senate Democrats demanded a long-term solution for the Deferred Action for Childhood Arrivals program.

The Senate needed 60 votes to end debate, but came up short in a 50-48 vote just before the deadline. Neither the Senate nor the House took further action, shutting down the federal government.

Republicans blame the shutdown on Democratic opposition, while Democrats blame it on a failure of leadership with Republicans in control of the White House and majorities in the House and Senate.

What happens to general aviation?

According to an operations plan issued by the Department of Transportation, a number of key aviation functions are on hold, but the skies are still open with ATC up and running through the shutdown.

DOT is furloughing 17,859 positions and 27,809 remain at work, 23,814 of which are with ATC. Hundreds more in safety and security jobs are exempted from the shutdown along with others in programs with multi-year funding including 552 positions with the Airport Improvement Program.

But during the shutdown the FAA will not issue airmen certificates and the aircraft registry is closed, bringing aircraft sales to a grinding halt.

AOPA President and CEO Mark Baker said, “The shutdown will have immediate effects in flight training and the aircraft market, and the longer it lasts, the worse it will be for pilots, aviation jobs, and the economy. We hope Republicans and Democrats can come together quickly to reopen these critical functions for our industry.”

During the 2013 shutdown, Baker and the heads of six other industry groups sent a letter asking the DOT to reopen the aircraft registry highlighting the economic impact. They wrote, “The U.S. Registry’s closure is having profound ramifications on our manufacturers and workforce as our estimates show this may impact up to 130 aircraft by the mid-month that are valued at almost $1.5 billion.”

Other suspended DOT programs include rulemaking, dispute resolution, and NextGen development and testing.

Just before the shutdown, NTSB Public Affairs Officer Peter Knudson wrote in an email to AOPA that most of the staff at the safety watchdog will be furloughed and most investigations will be put on hold until after the shutdown is over.

“Most investigative work would cease but it is possible some work on new crashes would occur. We do have the ability to call investigators back in the case of a major crash,” said Knudson.

Once the House and Senate pass legislation and it’s signed by President Donald Trump, suspended federal operations will reopen and employees will return to begin to dig out of a backlog of work, the size of which depends on how long the shutdown lasts.

White House Office of Management and Budget Director Mick Mulvaney speculated that Congress would miss the Jan. 19 deadline but pass something over the weekend before Jan. 22, when most federal workers were scheduled to return to work.

Here is a list of suspended activities taken directly from “Operations During a Lapse in Annual Appropriations Plans by Operating Administration,” issued by the Department of Transportation Office of the Assistant Secretary for Budget and Programs, and CFO: