Get the app Get the app
AOPA will be closed on Monday, May 25, 2020, in observance of Memorial Day.
Already a member? Please login below for an enhanced experience. Not a member? Join today
News & Videos Aviation honors its own at Legends gala

From parachutists and glider pilots to executives and entrepreneurs, aviation recognized the best of the best at the fifteenth annual Living Legends of Aviation awards ceremony in Beverly Hills, California, on Jan. 19. Actor and pilot John Travolta hosted the black-tie event, a fundraiser for the Kiddie Hawk Air Academy, at the Beverly Hilton hotel.

Among those inducted into the Living Legends of Aviation was AOPA President and CEO Mark Baker, who was recognized for his passion for aviation and willingness to share it with others and for his leadership in supporting general aviation causes as head of the world’s largest community of pilots.

Previous Living Legends nominate inductees, with the final group selected by a committee.

Other inductees this year included Felix Baumgartner, who jumped from a capsule at the edge of space to become the first human to free fall beyond Mach 1, landing safely under a parachute in the desert. Famed airshow announcer and airline and test pilot Danny Clisham also was inducted—and was the emcee for the evening. Bruno Gantenbrink, a world champion glider pilot and safety advocate for glider racing, also was enshrined into the group.

Dr. Ulf Dietrich Merbold was inducted for his role as the first European Space Agency astronaut to go into space. He also was the first non-U.S. citizen to reach orbit in a U.S. spacecraft. 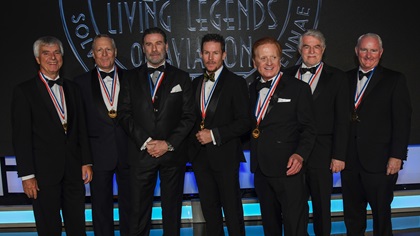 Businessman and passionate pilot H. Ross Perot Jr. joined the exclusive club, being recognized for his record-setting round-the-world trip in a helicopter, achieving the feat in only 30 days, a trip experts said would take at least 90 days. He also is the developer of the Fort Worth Alliance Airport, one of the largest privately owned airports in the nation.

The Living Legends organization each year also recognizes a number of notable achievers, especially entrepreneurs. Tyson Weihs and Jason Miller, co-founders of the flight planning app ForeFlight, received the Eren Ozmen Aviation Entrepreneur of the Year award. The award is named after the founder of Sierra Nevada Corp.

Aerobatic helicopter pilot Chuck Aaron presented the Vertical Flight Hall of Fame award to Mike Silva, a career helicopter pilot who piloted helicopters for news organizations and firefighting as well as multiple tours in Vietnam, for which he received the Distinguished Flying Cross and the Bronze Star. 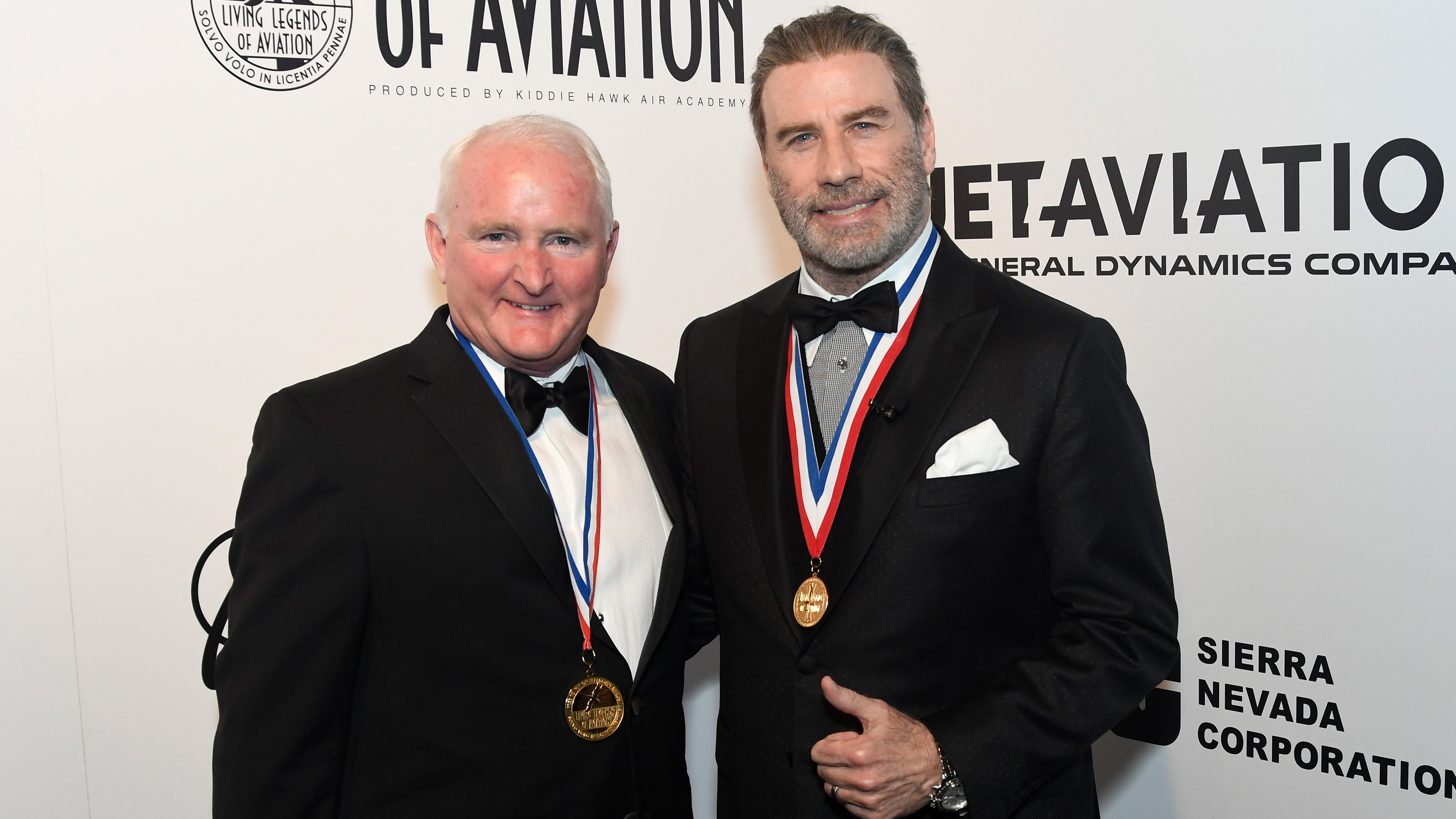 Steven F. Udvar-Hazy presented the award named for him to Jack Dailey, a U.S. Marine Corps general who served for 18 years as the head of the Smithsonian National Air & Space Museum.

Actor and pilot Harrison Ford presented his Aviation Legacy Award to Sen. Jim Inhofe of Oklahoma for his advocacy for GA causes in the Senate, especially his opposition to removing the air traffic control system and handing it over to a board dominated by the airlines. The introduction of the award gave Ford a platform from which to blast the so-called “privatization of ATC” legislation. The longtime pilot told the crowd of more than 800 that the proposal would be devastating to GA and rural airports, and he accused the airlines of playing fast and loose with the facts regarding air traffic delays. The airlines themselves are responsible for some 80 percent of the delays. He reiterated Inhofe’s comments that we shouldn’t fix what ain’t broken. His impassioned plea was interrupted numerous times with applause.

Editor in Chief
AOPA Editor in Chief Tom Haines joined AOPA in 1988. He owns and flies a Beechcraft A36 Bonanza. Since soloing at 16 and earning a private pilot certificate at 17, he has flown more than 100 models of general aviation airplanes.
Go to Thomas B Haines's Profile
Topics: Aviation Industry, Awards and Records 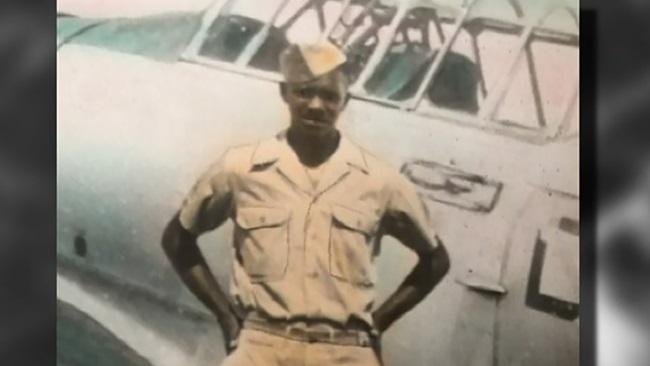 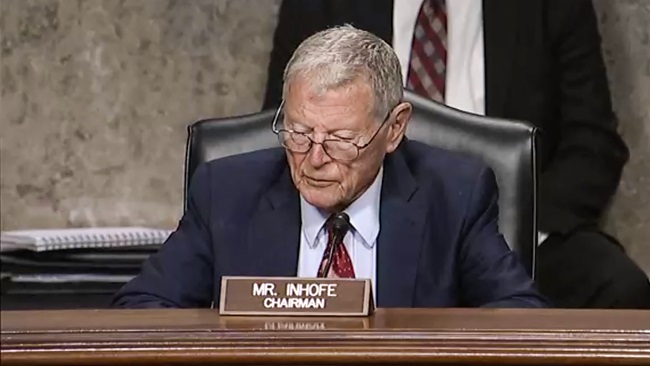