Get the app Get the app
Already a member? Please login below for an enhanced experience. Not a member? Join today
News & Media C-47 that led D-Day drops flies again

A solemn but joyful salute to history took place in Oshkosh, Wisconsin, on Jan. 31, when a Douglas C–47 Skytrain that led a formation to Normandy, France, to drop paratroopers for the D-Day invasion on June 6, 1944, lifted off following a restoration project launched in 2015. 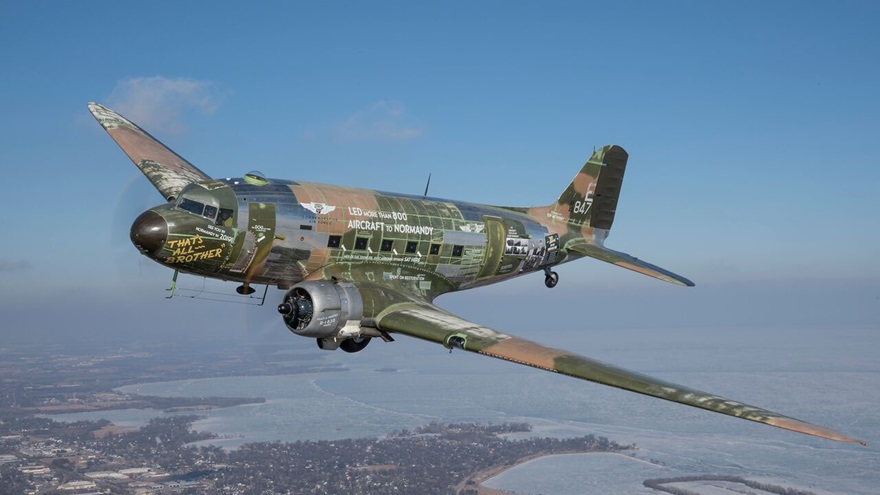 Photo by Jim Koepnick, courtesy of the Commemorative Air Force.

With photographers poised to capture the moment and spectators watching in person and from all over the world online, the C–47 That’s All, Brother took off from Wittman Regional Airport on a clear, blustery afternoon, circling the airport and concluding the brief flight with an overhead pass, accompanied by a Beechcraft Bonanza chase plane. The flight crew included pilot-in-command Doug Rozendaal, second-in-command Tom Travis, and engineer Ray Claussen.

According to the Commemorative Air Force, which acquired and restored the airplane, That’s All, Brother “led a formation of more than 800 C–47s to Normandy to drop paratroopers on D-Day.”

The Oshkosh flight, the first of two during the day, was That’s All, Brother’s first time aloft in about 10 years. The occasion marked a nostalgic milestone for an airplane that languished in an aircraft boneyard until 2015, when U.S. Air Force historian Matt Scales discovered its nearly lost identity as the ship that “led the first major blow in the Allied liberation of Europe.”

After World War II, That’s All, Brother had found its way into civilian use—almost resulting in its historic role being forgotten, said the CAF in a news release. 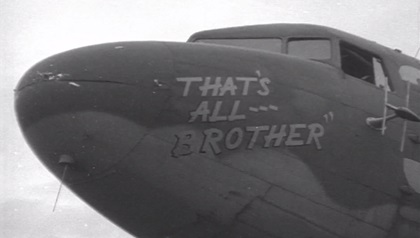 When the nonprofit known for rescuing and restoring vintage military aircraft learned the historic treasure was at risk of being “cut up or scrapped,” it launched an effort to raise funds to save it.

The project was daunting because of widespread corrosion of the airframe.

“We estimate that we have put more than 22,000 hours into this restoration project so far and the work continues. Thanks to the financial support of over 3,000 individuals and organizations, and an extraordinary group of volunteers, we have been able to achieve this great milestone with the first flight,” said CAF President Bob Stenevik.

“Much of the work up until this point has been carried out by Basler Turbo Conversions in Oshkosh, Wisconsin. Their skilled employees have unparalleled knowledge of C–47-type aircraft, and have been a major resource, accelerating the early stages of the restoration considerably. The aircraft, once flying, will become a valuable tool for our organization, helping to tell the story of D-Day and the great efforts and sacrifices made on the shores of Normandy,” he said. 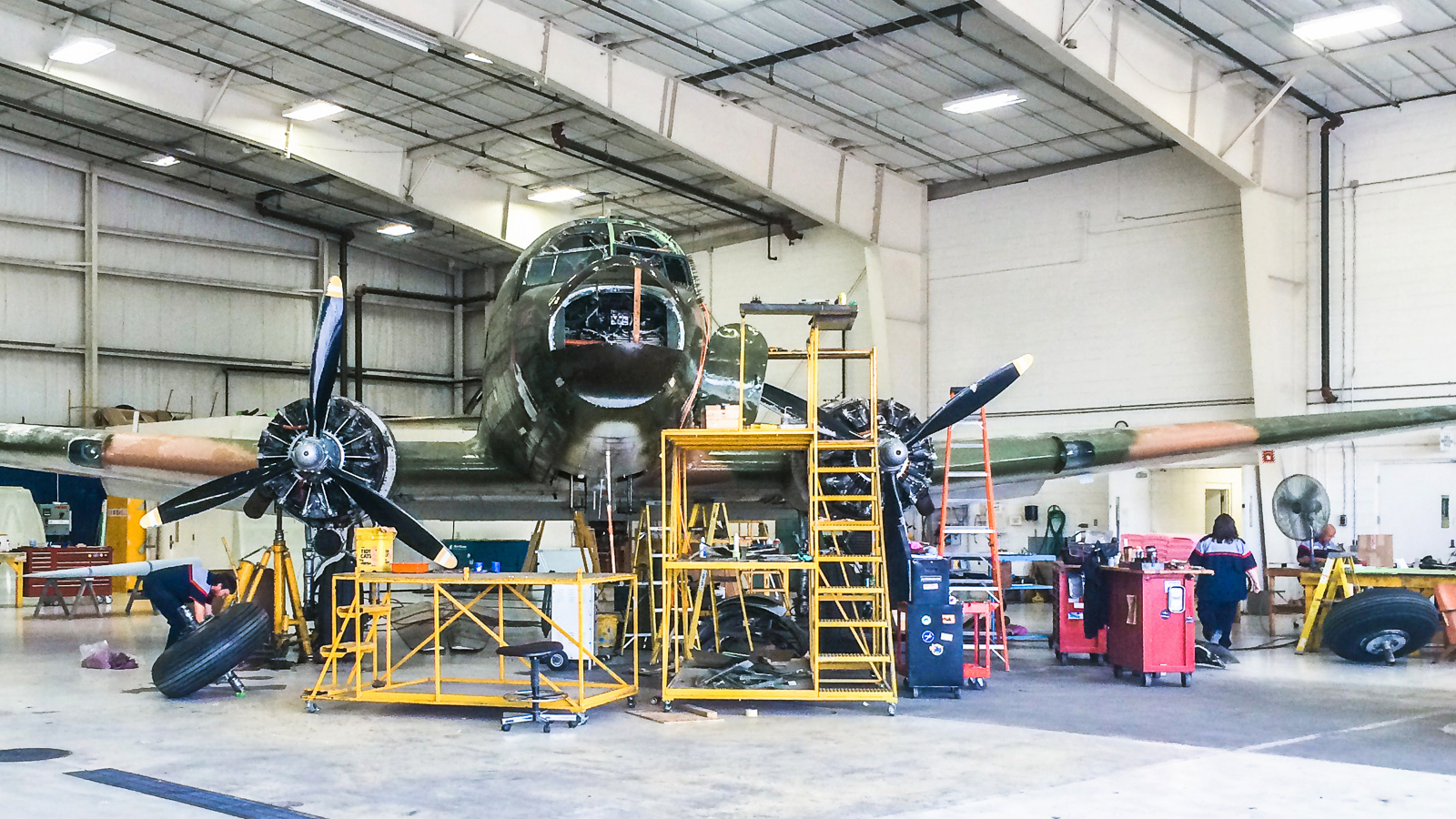 Following some initial flights, That’s All, Brother will reposition to a new home base in San Marcos, Texas, where it will be assigned to the CAF’s Central Texas Wing.

The next stage of That’s All, Brother’s renovation will focus on interior and detail work in Tulsa, Oklahoma, and restoring the aircraft exterior to its 1944 appearance, said Central Texas Wing Leader Joe Enzminger.

In June 2019, That’s All, Brother will participate in celebrating the seventy-fifth anniversary of the D-Day invasion by flying with several other World War II aircraft across the Atlantic Ocean to Duxford, England, and then to Normandy.

In the meantime, the Central Texas Wing plans to offer aircraft tours, take the aircraft to aviation events, and conduct educational programs leading up to the seventy-fifth anniversary of D-Day.

To learn more and support the effort to keep That’s All, Brother flying, visit the organization’s website. 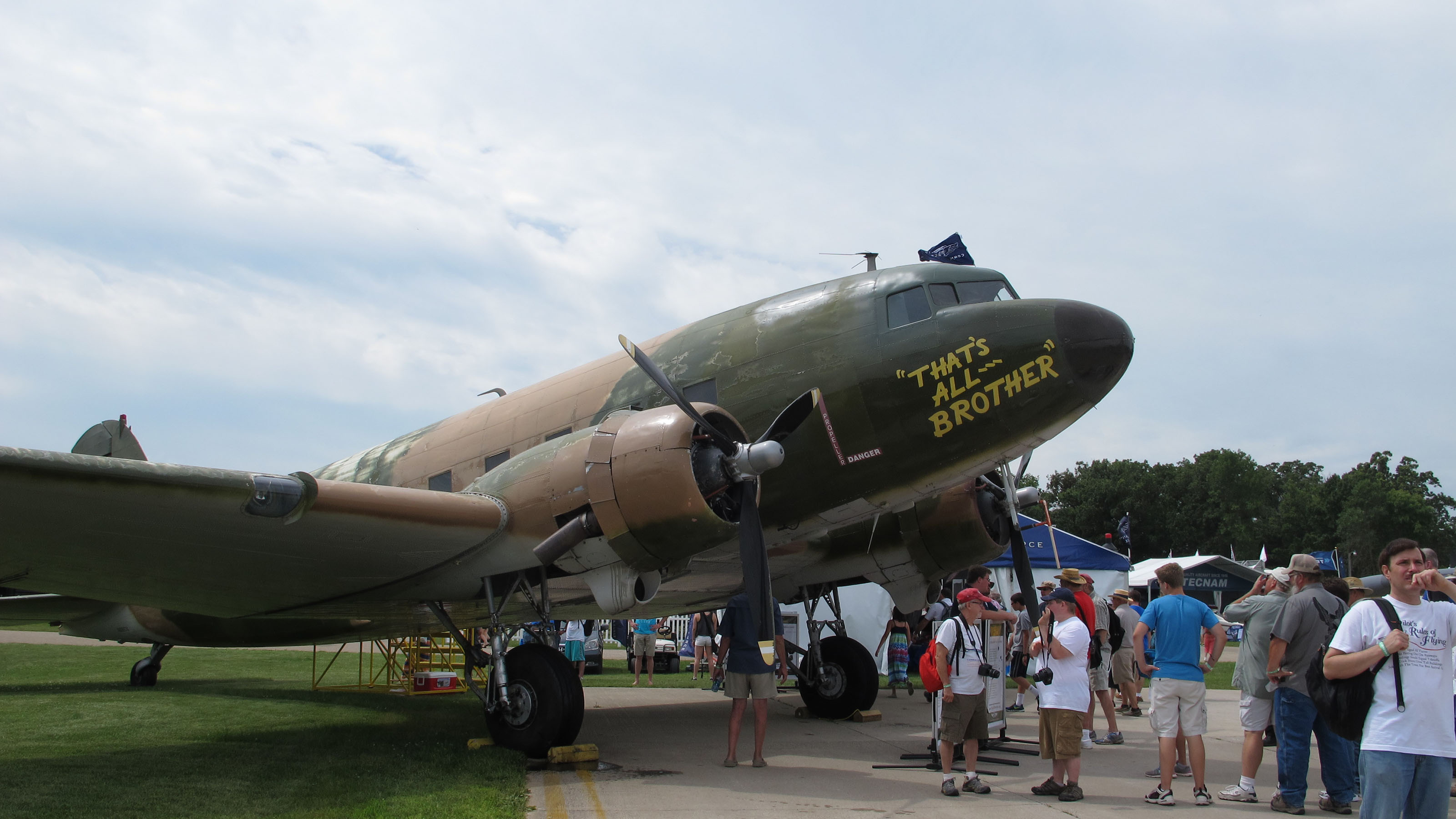