Get the app Get the app
Already a member? Please login below for an enhanced experience. Not a member? Join today
We are currently experiencing issues with our phone system. We apologize for the inconvenience.
News & Videos ADS-B: Taking the high view

Around the globe,  air navigation service providers are studying, if not already implementing, Automatic Dependent Surveillance Broadcast (ADS-B) Out requirements. It’s clear that ADS-B technology—which relies on aircraft broadcasting a very accurate GPS position every second, instead of slow-to-refresh, ground-based radars to separate air traffic—will play a large role in aviation’s future. In the United States, the FAA will require ADS-B Out equipage after January 1, 2020, for flight in airspace where a transponder is required today. 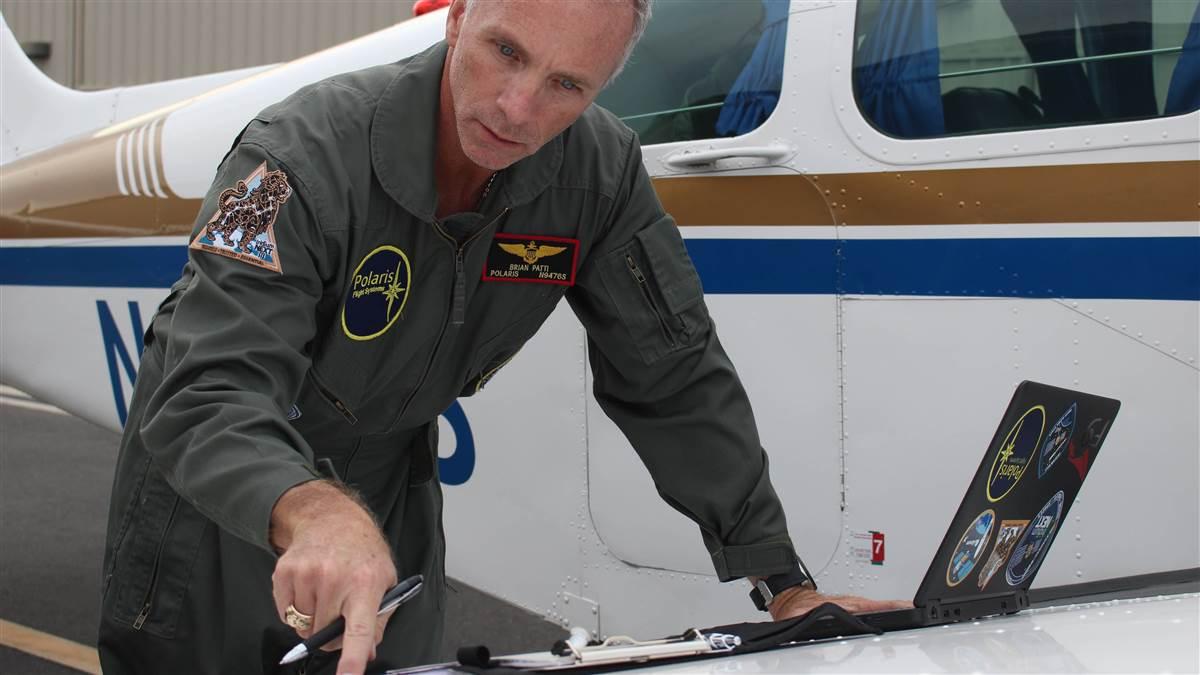 Brian Patti, Iridium’s program manager for hosted payloads, is using his Beech Debonair to help test the performance of Aireon’s space-based ADS-B receivers, carried aboard the new Iridium NEXT satellite constellation. Here, he confirms satellite positions before a flight. Patti formed a limited liability company for his performance validation flights.

But ADS-B requires a certain amount of ground infrastructure to relay aircraft data to air traffic control facilities and, at least in the United States, rebroadcast that data to aircraft using the other frequency (the FAA has implemented ADS-B datalinks on the 1090 MHz Extended Squitter and 978 MHz Universal Access Transceiver frequencies) as well as to upload weather and other flight information. So how do you implement ADS-B above the 71 percent of the Earth’s surface that is covered with water? 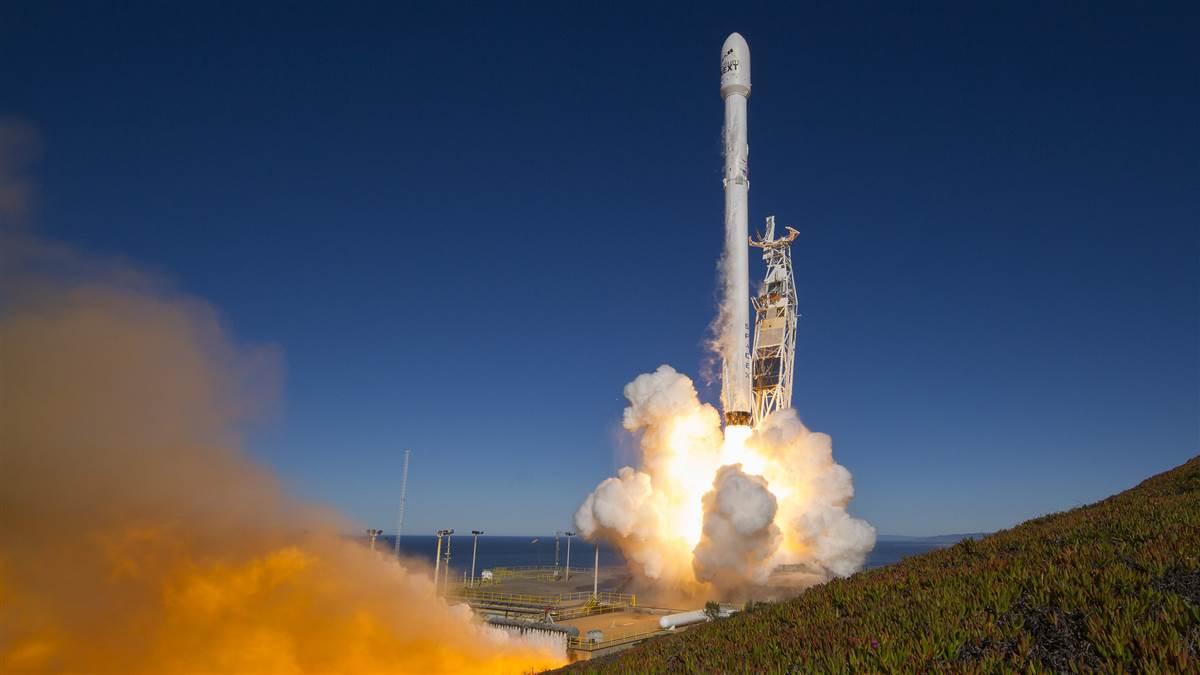 Aireon, a joint venture between Iridium Communications, Nav Canada, the Irish Aviation Authority, Italian air navigation service provider Enav, and Naviair—which provides air navigation services in Denmark, Greenland, and the Faroe Islands—is on track to have a space-based ADS-B network operational in 2018. Aireon is doing this with an ADS-B receiver payload piggybacking on each of the 75 new Iridium NEXT communication satellites. The program’s fourth SpaceX rocket launch, scheduled for December 22, 2017, should loft satellites 31 through 40 into orbit. In early November, Aireon was busy evaluating data from the 15 satellites already established in low Earth orbit, and activated.

With solar panels extended, the satellites are less than 31 feet wide, and weigh about 1,900 pounds. They’re orbiting at an altitude of 780 kilometers, or about 485 miles. When completed, the constellation will include 66 active satellites in six orbital planes, and nine spares. “It’s the magic number based on the altitude we’re at to achieve global coverage,” explained Chris Jones, Iridium’s director of mission operations. Each satellite orbits the Earth in 100 minutes, making 14 revolutions per day.

Each satellite has a footprint about 250 miles in diameter. “We always describe our network as an inverted cellphone tower,” he said. “The idea is your cell towers are moving above you. It will transfer you from beam to beam, and eventually satellite to satellite.” Even if you’re flying a fast jet, you’re essentially stationary with respect to the satellites, he added.

The constellation is managed from Iridium’s Satellite Network Operations Center near Leesburg, Virginia, where seven operators per shift were controlling 90 space vehicles during a recent visit. Some of the 20-year-old Block 1 satellites—never expected to operate this long—need increased maintenance, while new satellites must be tested and moved into mission orbits. “We’ll put it right behind an existing satellite,” Jones said. “We’ll slide it in about 30 miles behind.” Deactivation of the first Block 1 satellite began October 31.

Next to the Iridium controllers sit a hosted payload controller. Hosted payloads, like the Aireon ADS-B hardware, are a new concept for Iridium with its NEXT satellites, said Brian Patti, Iridium’s program manager for hosted payloads. “So what happened was a kind of a home-grown idea to do satellite-based aircraft surveillance,” he explained. ADS-B veteran Harris Corp. built the receiver.

Iridium provides Aireon with the datalink, as well as hosting the payload. The data goes to Iridium’s Hosted Payload Operations Center, and is then forwarded to Aireon Processing and Distribution—which creates aircraft tracks, parsing the data according to the requirements of the air navigation service providers, and then forwards it to those customers. The data can be filtered by altitude and other parameters.

The FAA has been testing the system with a specially instrumented Bombardier Global Express, evaluating the receivers in space with top- and bottom-mounted ADS-B antennas at specific power settings. Its first test flight was March 30, 2017, when only three of the Aireon payloads were operational.

Four aircraft are involved in testing the system. The FAA’s Global Express has primarily been flying in oceanic airspace. Nav Canada has been conducting test flights in a Canadair Regional Jet and a Bombardier Dash 8 turboprop—and Patti has been testing with his 1966 Beechcraft Debonair. “Because of the capabilities of the aircraft, they’ve tailored the test cases. I’m doing exactly the same kind of tests the FAA is doing. The scope of this is just astronomical,” he explained. “As a pilot I’m proud to be a part of it.”

His Debonair is equipped with an L3 Lynx NGT-9000 1090ES transponder with diversity—meaning that there are transponder antennas on both the belly and top of the airplane, alternating transmissions—and data-logging equipment.

Because of its footprint, an ADS-B receiver in space can see the entire United States. Other 1090 MHz transmissions, such as responses to secondary surveillance radar interrogations or those from traffic collision avoidance systems, can look like interference that can be quantified as False Returns Unsynchronized in Time, or FRUIT. Patti’s assignment is to conduct test flights in high-FRUIT environments. “I’ll typically fly Arizona to Oklahoma, Kansas, Texas. We plan my flight tests to be in high FRUIT areas.”

“We always describe our network as an inverted cellphone tower. The idea is your cell towers are moving above you. It will transfer you from beam to beam, and eventually satellite to satellite.”—Chris Jones, Iridium director of mission operationsBecause the constellation is not complete, his flights are carefully scheduled to ensure he will be in ADS-B satellite coverage. They’re flown under instrument flight rules, and only during the day. Before departing, he connects a laptop to his transponder through a maintenance port and begins to record; he can capture up to four hours of data on a flight. After landing, Patti shuts down, powers up the avionics with an external power source, and downloads the data—which can take 30 or 40 minutes.

On one circuitous test flight—from Amarillo to El Paso, Texas, to Santa Fe, New Mexico—“the controller said, if you can climb to 14,000 feet, I can give you direct Santa Fe,” Patti laughed. “I said, no, I’m doing a flight test for Aireon and I want to fly for four hours.”

Patti sends the data to Aireon, which compares it with the information that came from the satellite. “All sorts of analysis data comes out of that. The results have been spectacular.”

And what is the Aireon payload seeing? A lot more than the company expected.

It’s important to note that the system was designed to receive signals from top-mounted transponder antennas, and that it receives 1090ES signals only—978UAT transmissions are invisible to the payload.

Aireon can receive bottom-antenna-only signals; however, it depends on the angles and position of the satellite. If the satellite is directly above, it will primarily see the top antenna.

Satellite ADS-B reception is opening the door to other services, as well. Aireon said its Aircraft Locating and Emergency Response Tracking (ALERT) is the first and only free, real-time emergency aircraft location service, helping to provide a 1090ES ADS-B Out-equipped aircraft’s most recently known position. ALERT will be operated by the Irish Aviation Authority from a communications facility at IAA’s North Atlantic Communications Centre in Ballygirreen, Ireland.

At press time dates for the final four Iridium NEXT satellite launches had not been announced.