Get the app Get the app
Already a member? Please login below for an enhanced experience. Not a member? Join today
News & Videos 'A stroll in the air'

Every year, Friedrichshafen, Germany, is host to AERO, one of the world’s finest general aviation conventions. But that’s not its only claim to fame. Located right at Friedrichshafen airport, one humongous hangar is home to the gentle giants of the air: Two Zeppelin NTs are nestled inside side by side, dwarfing every other aircraft on the field.

A trip in a Zeppelin NT

Blimps are usually associated with the Goodyear Tire and Rubber Co. It flew the dirigibles—nonrigid structures that lose their shape once deflated—until it announced in 2011 that it was going to replace the aging fleet with three semi-rigid Zeppelin NTs. The Zeppelins maintain their aerodynamic shape with a partially rigid frame made of aluminum and carbon fiber. NT stands for Neue Technik (new technology) and apart from the supporting structure includes swiveling propellers and a glass cockpit. Applications not only include sightseeing trips, but the Zeppelins’ ability to hover and to turn around their vertical axis make them attractive for research and prospecting in places as far away as Africa.

Those two airships are a tourist attraction of sorts in an area that’s a year-round vacation destination. Friedrichshafen lies on the shore of Lake Constance, which is situated in the foothills of the Alps and shared by Germany, Austria, and Switzerland. Taking a ride in a Zeppelin is hands-down the best and most relaxing way to appreciate the beauty of the area.

Flying in the Zeppelin is not just a matter of showing up and getting on. After you’ve booked one of the coveted slots—the airship seats 12 passengers (or 14, depending on type), and there are only two of them flying trips of varying length throughout the day—you are required to show up an hour early for a safety briefing and an introduction on how to board and disembark the airship. Because the Zeppelin is a moving target, a strict procedure of two people off/two people on has to be followed to maintain some balance.

Traveling in a Zeppelin nowadays is a far cry from what you might remember from Indiana Jones and the Last Crusade. The cabin is just big enough to carry the pilot, a flight attendant, and the passengers; however, there’s not a bad seat in the house. Every seat has a huge window and plenty of legroom. Not that you’d like to stay in your seat, anyway. After a swift, vertical, and noiseless lift-off, passengers are encouraged to explore the view from behind the pilot’s seat and from the back, where the tiny tailwheel and the helium-filled body of the airship frame the view.

And what a view it is. No matter which of the trips you’ve booked, you’re almost always in plain view of the majestic, snow-covered peaks of the Alps stretching across the horizon. Lake Constance covers an area of 207 square miles and the surrounding countryside is bucolic. The temperate climate is perfect for growing all kinds of fruit, and the region is famous for its orchards and vineyards. In the spring, a sea of pink and white blossoms covers the rolling hills in neat rows. Yes, rows. All fruit trees are grown as espaliers (like a trellis) and are no more than shoulder-high with branches stretching to the left and right, to facilitate picking. From the air, they stretch in lines as far as the eye can see and only give way to vineyards and villages marked by church spires, transporting you to a different time. 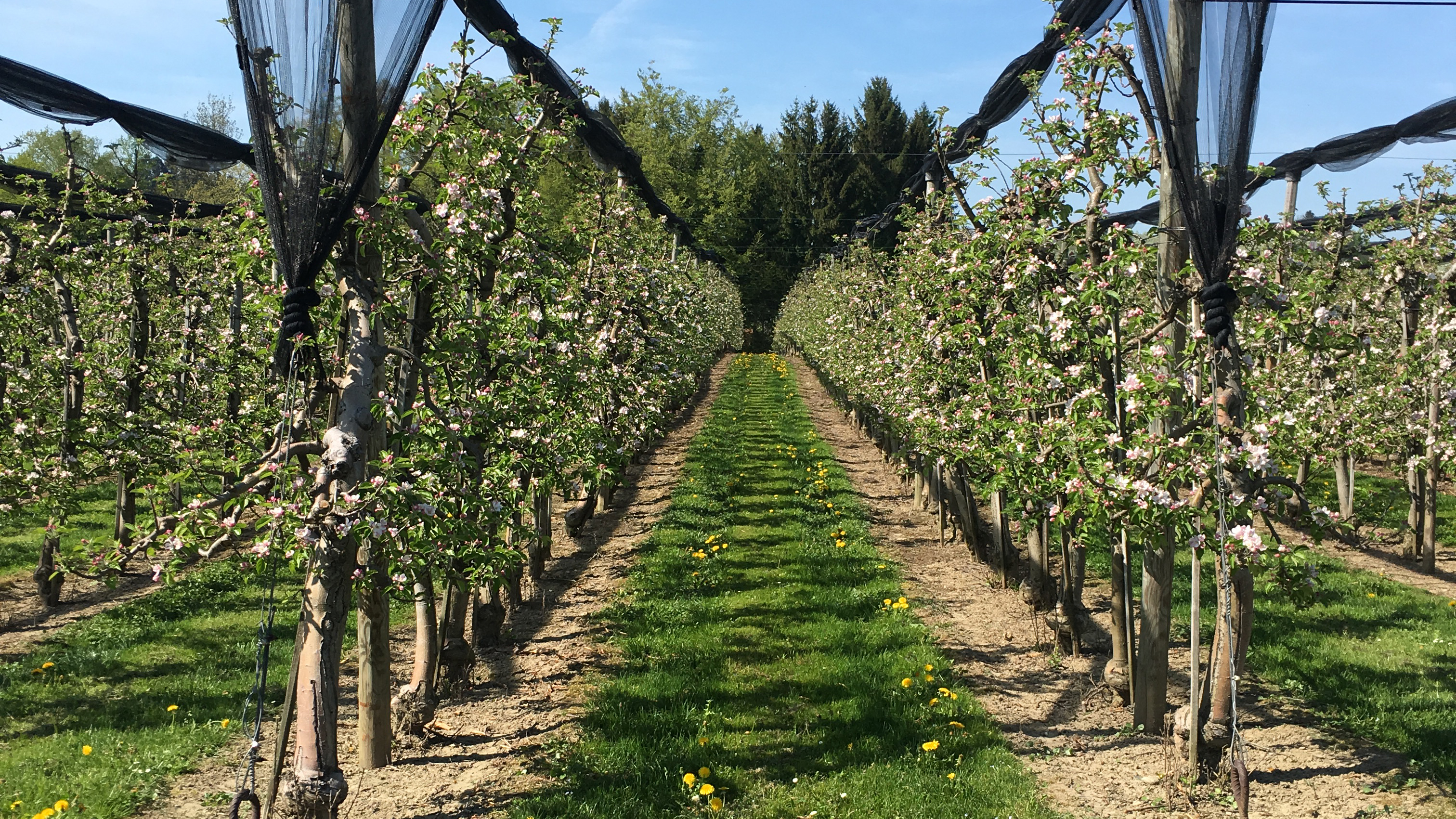 Erstwhile Nobel Prize recipient Hermann Hesse called his trip in a Zeppelin in 1911 “a stroll in the air,” and it turns out that’s still an apt description. The noise level in the cabin is a lot lower than in an airliner or a general aviation airplane. The gentle hum generated by the three swiveling propellers is quickly drowned out by the oohs and aahs of the passengers. The airspeed is just slow enough to let the countryside below gently glide away. The eyes have time to rest on the objects below or focus the camera through a small, hinged window within one of the airship’s windows. Yes, cell phones have been lost that way.

The Zeppelins always fly in good weather. Trips will be canceled if winds are higher than 22 mph or if it is IFR. On the day we flew, our pilot was Katharine Board, at the time the only female Zeppelin pilot in the world (there are now two more at the Goodyear facility in Carson, California) and with 4,200 hours in type. She unsurprisingly described her job as “the best in the world.” And she gets to talk to the passengers! There’s no partition between the cockpit and the cabin, so passengers get a rare glimpse of the pilot’s “front office.” The Zeppelin NT’s flight controls are fly-by-wire, and Board made the single-handed operations look effortless. The instrument panel is equipped with the latest avionics, and the Zeppelin sports huge windows up front, providing all-round visibility for the pilot (and the gawking passengers).

If you’re on the last flight of the day, you’re in for a treat. While passengers are still on board, the Zeppelins dock on the (mobile) mast for the night. Due to the great maneuverability of the airship and the experienced pilot, the job is done in no time, but it looks very impressive. You leave the airship as you’ve boarded it—in pairs. But your adventure is not over. Enjoy a celebratory glass of prosecco and a certificate to mark your flight. You leave the airport wishing you’d booked a longer trip. 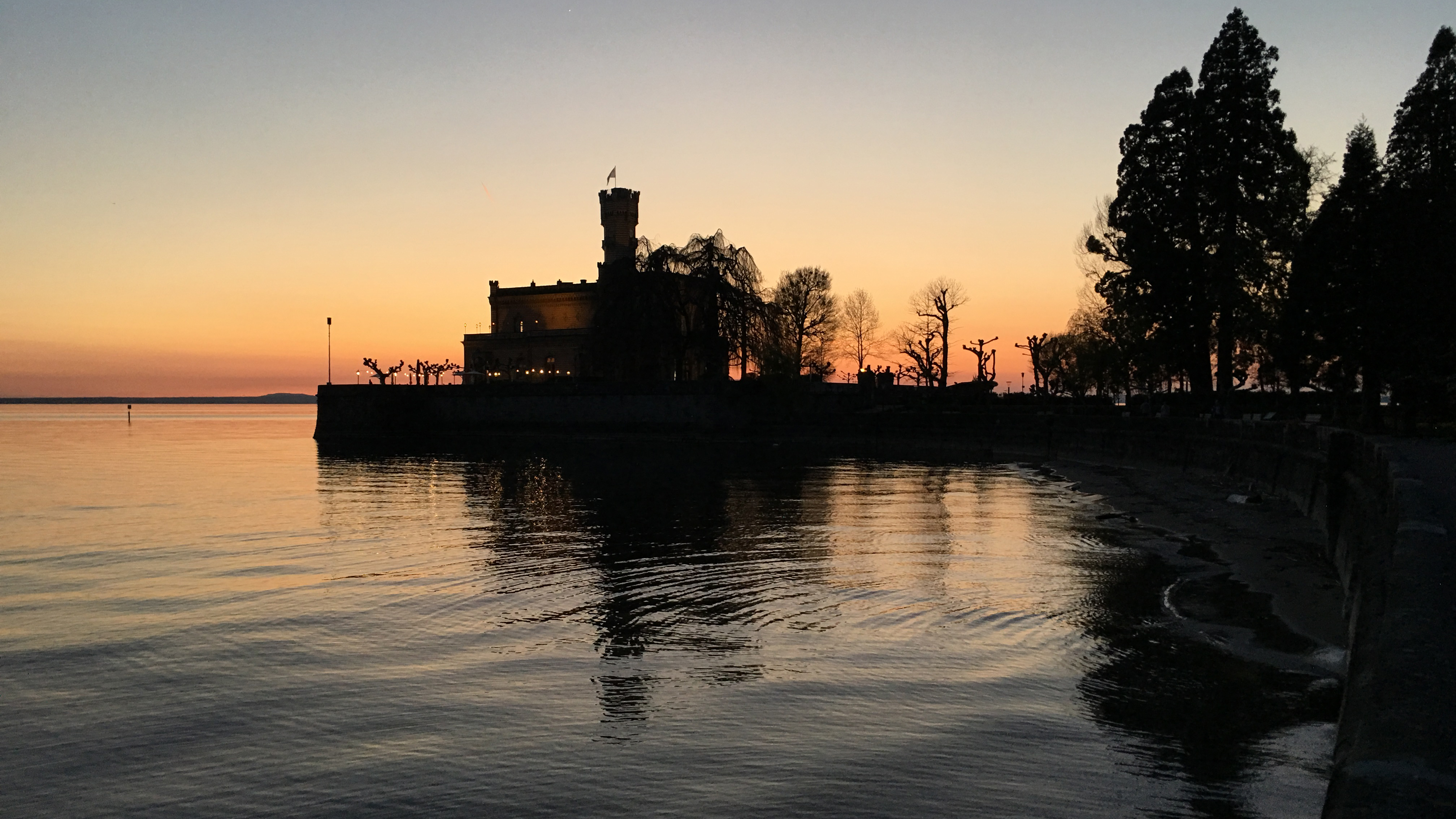 If you like a bit of buzz, by all means stay in Friedrichshafen proper; it’s a charming city with lots of restaurants and cafés along the lake, pedestrian-only shopping areas, not to mention the Zeppelin and Dornier museums. For a bit of a retro experience, though, you should opt for one of the tiny villages in the vicinity. There are spas around, but the majority of places to stay are family-owned, small hotels. The atmosphere is reminiscent of the 1950s, with a promenade along the lake and weekly markets included. Langenargen and Kressbronn are typical examples. Situated right on the shore of Lake Constance and only 20 minutes away from Friedrichshafen they offer all amenities in a laid-back setting. There are restaurants featuring fine dining and local cuisine in abundance. For a simple dinner on a lake-view terrace, both Hotel Restaurant Engel and Loewen in Langenargen are perfect. A more elegant setting can be found at Schloss Montfort, just a short walk away. The local specialty is a freshwater fish called “Felchen” (perch), usually the day’s catch from the lake. But don’t miss out on a typical German treat. Around 4 p.m., it is not unusual to sit in one of the cafés and enjoy a freshly made piece of pie or cake with a coffee or tea while people-watching. 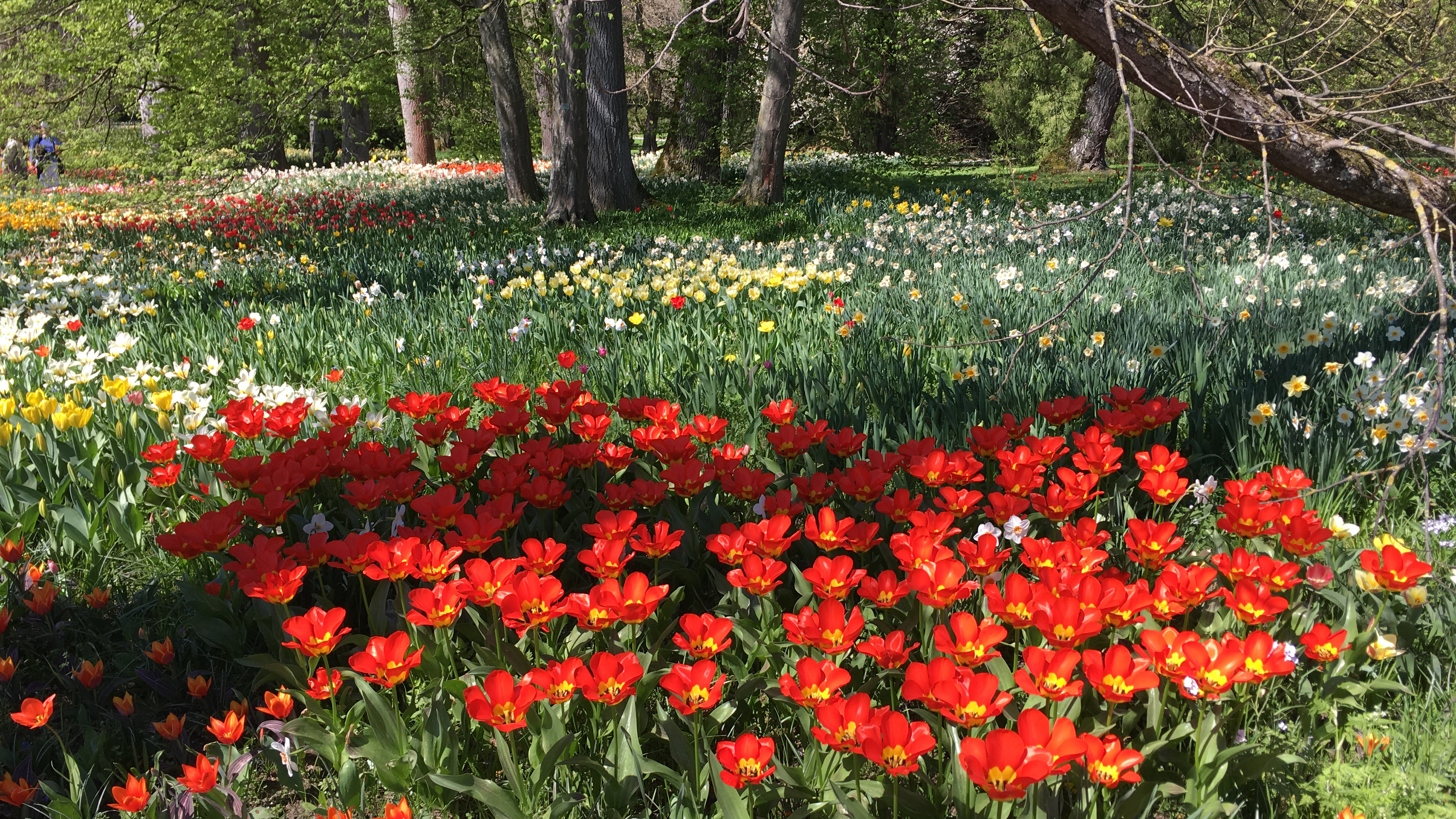 Most towns by the lake have docks, so get a schedule, and take a relaxing ride on a passenger boat to the island of Mainau, which is famous for its gardens, to Lindau, another beautiful, small town, or to Bregenz in Austria. On land, inline skating is a favorite pastime, as well as hiking and bicycling. A day trip could lead you to the Alpine peak Saentis, from where you have a view over six countries. If your tastes are geared that way, you could visit one of the many wineries and sample Germany’s vastly underrated wines. And then there are the distilleries. The abundance of fruit lends itself to making some of it into what’s commonly known as “Schnapps” or brandy, except that it’s being produced with the same care the Scots put into their single malts. Every hotel favors its own preferred distillery, so if you like their pear, raspberry, plum, or other fruit distillates, ask for the address and stop by. Edelbrennerei Robert Gierer is a local favorite and worth a visit. 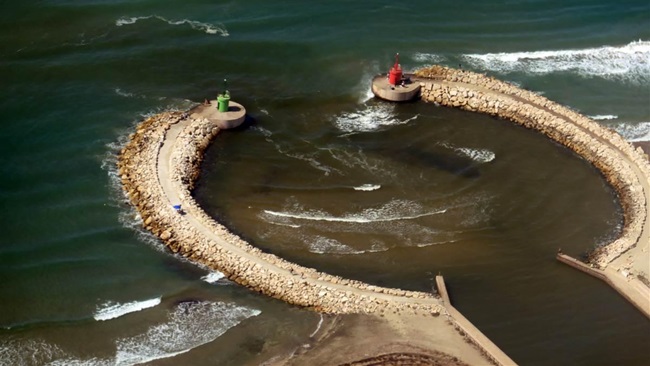