Get the app Get the app
Already a member? Please login below for an enhanced experience. Not a member? Join today
News & Media Funding closer for airports shut down by presidential TFRs

Funding closer for airports shut down by presidential TFRs

Relief for three airports took another step forward June 7 after the Senate Appropriations Committee approved its fiscal 2019 transportation spending bill, which among many other transportation priorities designates $3.5 million to help airports in Florida and New Jersey deal with the financial impacts caused by presidential temporary flight restrictions. 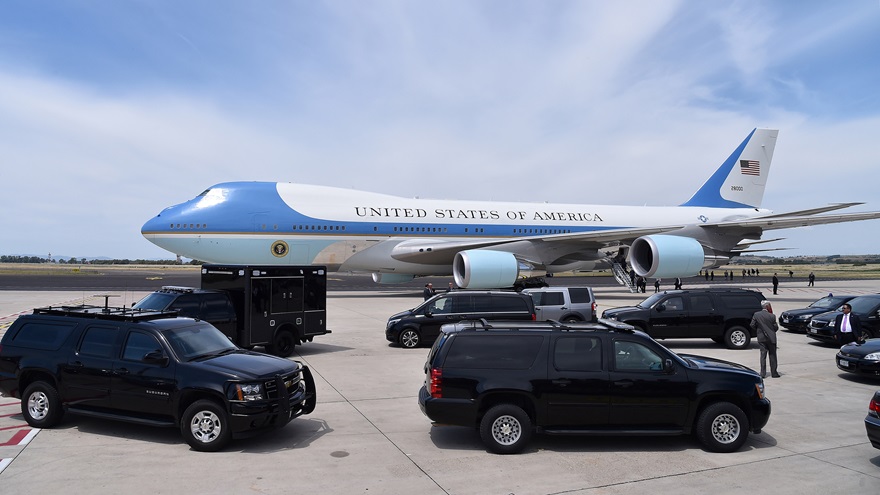 Security vehicles are seen in front of Air Force One, a modified Boeing 747. Photo by Alberto Lingria, REUTERS.

Sen. Marco Rubio (R-Fla.) was instrumental in helping secure funding and support in the Senate bill, which came on the heels of similar action in the House Appropriations Committee in early June, where the $3.5 million amount was approved. The funding is intended to help local airports that are located within the TFR no-fly zone when the president travels: Solberg and Somerset Airports in New Jersey and Florida’s Lantana Airport. Combined, these three airports suffered a net loss of nearly $1 million in 2017 alone.

Upon passage of the two appropriations bills in their respective chambers, differences will be ironed out before being sent to President Donald Trump for signature.

“AOPA strongly supports security for the president, but this also is a question of fairness, especially when these airports are completely shut down during extended TFRs. We very much appreciate those members of the House and Senate for their support. These funds will provide a real boost to the airports and businesses impacted in New Jersey and Florida,” said AOPA President Mark Baker.