Get the app Get the app
Already a member? Please login below for an enhanced experience. Not a member? Join today
News & Media Innovative San Francisco Class B airspace to go live

The new design of San Francisco’s Class B airspace bears little resemblance to your parents’ Class B airspace, and it doesn’t look anything like your grandparents’ terminal control areas, a forerunner of airspace designated by letters. 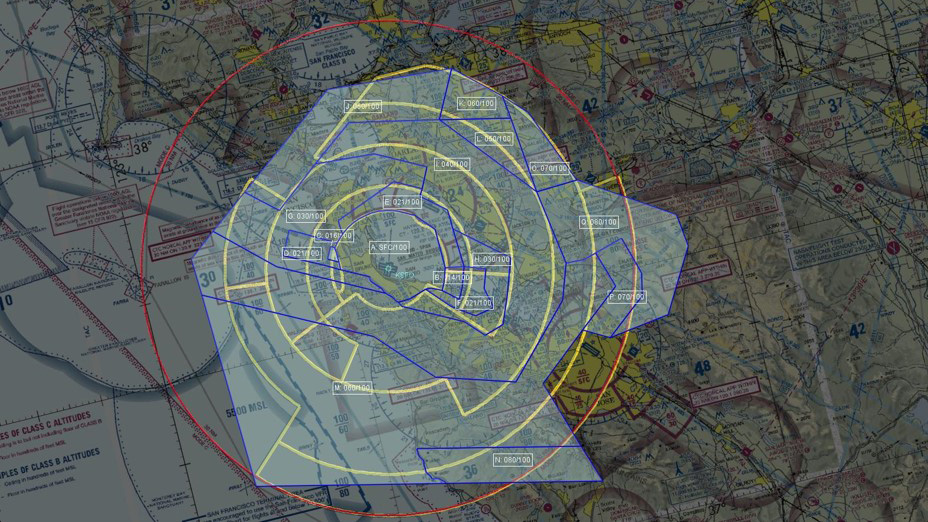 Times are changing, as a glance at a sectional chart reveals. The modern airspace layout was designed to contain arrivals and departures to and from San Francisco International Airport’s Class B airspace without gobbling up airspace usable by other aircraft any more than necessary.

That’s a philosophy AOPA can sign on to, and the final configuration, published June 8 and effective Aug. 16, makes some important concessions to general aviation, which provided detailed input during a three-year review process, said Rune Duke, AOPA senior director of airspace and air traffic.

“AOPA supports many aspects of the plan as a member of the San Francisco Class B Ad Hoc Committee convened by the FAA in 2015 to provide recommendations from aviation stakeholders,” he said.

As AOPA reported in January, the association also provided independent suggestions to improve both the design of the airspace and the design process.

The FAA took those suggestions into account in the final airspace configuration by lifting the Class B floor from the proposed 2,100 feet msl to 2,300 feet in the vicinity of Palo Alto and San Carlos airports to the southeast. The change “should provide additional VFR maneuvering room” beneath terminal arrivals, Duke said.

Another modification of the final rule to which the FAA agreed was to increase a Class B segment’s floor from 1,400 feet msl to 1,500 feet to help pilots making a right crosswind departure from Runway 30 at San Carlos avoid an inadvertent airspace incursion, and for added safety during overwater flight.

The Class B airspace extends to a considerable distance over water, where AOPA had proposed lowering the Class B ceiling from 10,000 feet msl to 7,000 feet. That was a suggestion that the FAA did not buy into, “given the amount of vectoring that occurs in the area,” Duke said, crediting the FAA with carefully considering the change and working collaboratively with stakeholders on the overall airspace redesign.

“We believe this final airspace design will meet the need of VFR and IFR users in the Bay Area, and increase the efficiency and safety of the airspace,” he said.