Get the app Get the app
AOPA will be closed July 4th, in observance of the Independence Day holiday. We will reopen at 8:30 am ET on Tuesday, July 5.
News & Media Pilots grab ‘$100 six-pack’ at Cape May brewery

Editor's note: Federal aviation regulations prohibit anyone from acting as a crewmember of a civil aircraft within eight hours after the consumption of any alcoholic beverage, while under the influence of alcohol, or while having an alcohol concentration of 0.04 or greater. Federal regulations do not preclude enjoying alcohol after the day’s flying is done.

“It's important to have a mission," said Cape May Brewing Co. owner and instrument-rated pilot Ryan Krill who is poised to put a new slogan on the tip of pilots' tongues. "We call it the $100 six-pack. A lot of people fly to the airport and they’ll get a six-pack or a growler, fly home, and enjoy it back at their home or at their own hangar" after visiting the on-site brewery at New Jersey's Cape May County Airport.

Additional awards and accolades have stacked up quickly for the brewery near the Jersey shore: The magazine honored the brewing company as a runner-up for Best Brewery, the Topsail brew scored a Gold Medal at the U.S. Open Beer Championships, its 2017 Boughs of Barley holiday Belgian dark ale was awarded Best of the Mid-Atlantic Region in the United States Beer Tasting Championships, and the brewery was recognized with an Outstanding Beer Professional award from the Garden State Culinary Arts Foundation.

“Beer and aviation are my passions,” Krill explained. “Aviation has always been a part of my life. My favorite part of a vacation is traveling to and from a destination—and I always go for a window seat" when flying commercially.

He was introduced to aviation during a discovery flight in 2010 and began flying lessons soon afterward. “Aviation has been a big help,” said Krill, a pilot with more than 500 hours who frequently flies a friend’s Piper Dakota to legislative meetings in Washington, D.C., that affect brewing regulations. He had his eyes set on moving up to a Cirrus SR22 when we caught up with him for a brewery tour.

“In a big way, it’s like time travel. Before [aviation] it would take me all day to go to a meeting. Now I can go jump in a plane, be in D.C. in an hour, and be back [at the brewery] in the afternoon,” he noted.

Krill shares the love of aviation with his father and business partner, Bob, and with his wife, Kaysi, a pediatrician. “She’s always eager to jump right seat” but currently has her hands full, he said.

His favorite aviation adventure is flying to Tangier Island in the middle of Chesapeake Bay, a tiny fishing hamlet that is a throwback to turn-of-the-century customs. 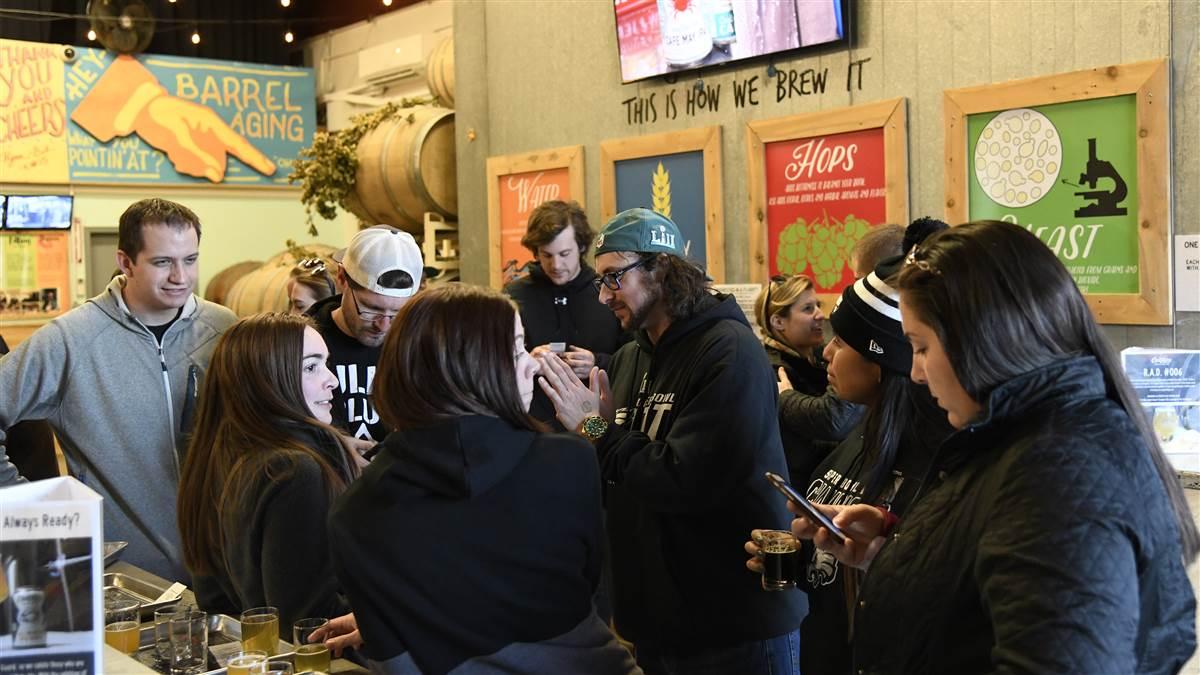 A typical Friday night at the brewery saw dozens of locals crowding the tasting room on the airport campus. An adjacent Mexican restaurant allowed patrons to return with burritos, enchiladas, and other tasty treats, while friendly bartenders poured pints of beer, or flights of the latest concoctions, from about a dozen taps.

Aviation buffs visiting the Cape May County Airport might enjoy a self-guided tour of the Naval Air Station Wildwood Aviation Museum, which has a variety of aircraft including a MiG–15, an F–14 Tomcat, a TBM Avenger, and more; or look at a selection of de Havilland Caribou cargo aircraft undergoing turbine conversions at Pen Turbo Aviation. With our Beechcraft Sierra safely tucked away for the evening  by the fixed-base operator FlightLevel Aviation, we trekked to the nearby Cape May Beach. 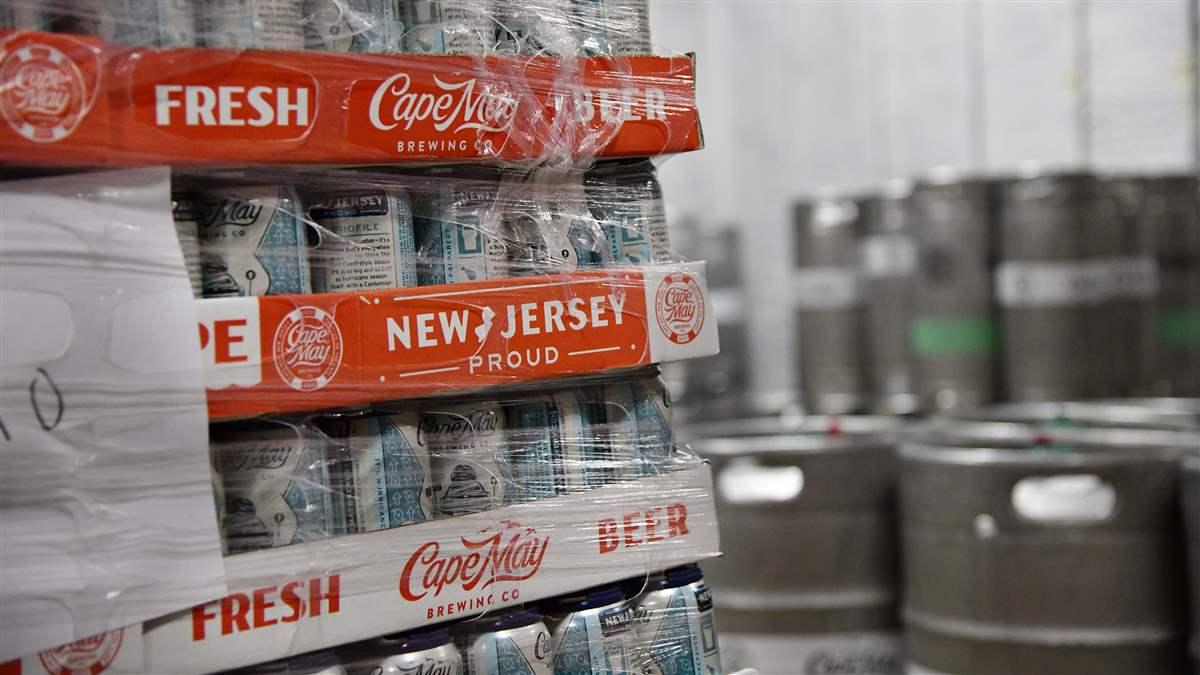 Beer aficionados may sign up for a brewery tour at the tasting room, which was recently expanded to free up more space for socializing. An inviting outside beer garden is popular during the summer.

Cape May’s main brewery and bottling facility is a block or so away in order to keep the tasting room’s sour beer brewery with its special yeast properties from intermingling with other signature beers. Cans spun by in a whirl of color as giant aluminum vats of the next acclaimed brew bubbled and popped nearby. The two facilities occupy 29,000 square feet and employ about 70 people.

Krill’s beer is sold in just two states, but to keep up with demand he was making arrangements to break ground on a site a few yards away for shipping and storage, which would boost the brewery's airport campus by another 10,000 square feet. Additional updates included eight 60-barrel fermenters, three bright tanks for storing fermented beer, one cold liquor tank for cooling down the wort, and one yeast tank to help accommodate a 24-hour Monday through Friday brewing schedule. 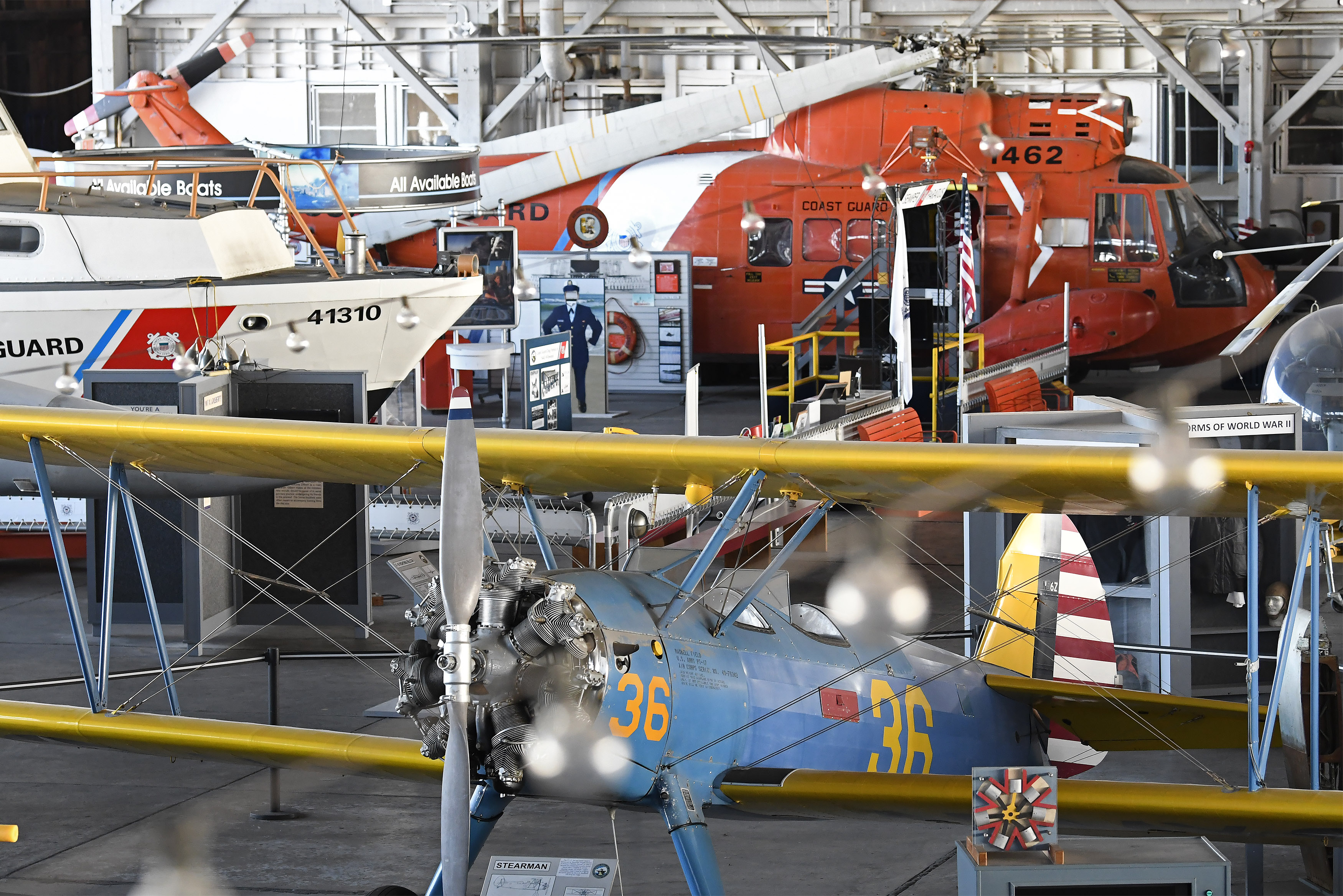 “We’re home brewers and we started with one beer at a time,” he explained. “My ambition was to someday get a brewery going. We thought, ‘Hey, what’s the worst thing that could happen?’” The business began as a 1,500-square-foot facility with just three employees—Krill, his father, Bob, and co-founder Chris Henke—and the trio now produces “more beer in one day than our entire first and second year combined.”

Krill’s partners chose the airport because it was a good financial opportunity “with lots of room to grow” and for the diversity he hoped to bring to the airport community. “You can walk right from the ramp to the brewery,” he added. “People will fly in, stay and enjoy a pint in the bar and tasting room, go to dinner somewhere, and then spend the night nearby.” Others, “just fly in to pick up a six-pack or a growler and walk back to the ramp. It’s really comical and you see it almost every day."