Get the app Get the app
AOPA Members DO more LEARN more SAVE more - Get MORE out of being a pilot - CLICK HERE
News & Media ADS-B: Bad data, no service

The FAA is suppressing ADS-B from some incorrectly configured aircraft

According to FAA data as of January 1, 2018—the most recent numbers available—48,589 U.S.-registered aircraft are equipped with Automatic Dependent Surveillance-Broadcast Out. ADS-B uses satellites instead of ground-based radar to determine aircraft location, and is a key technology behind the FAA’s Next Generation Air Transportation System. The FAA has mandated ADS-B Out equipage for flights after January 1, 2020, in airspace where a transponder is required today. 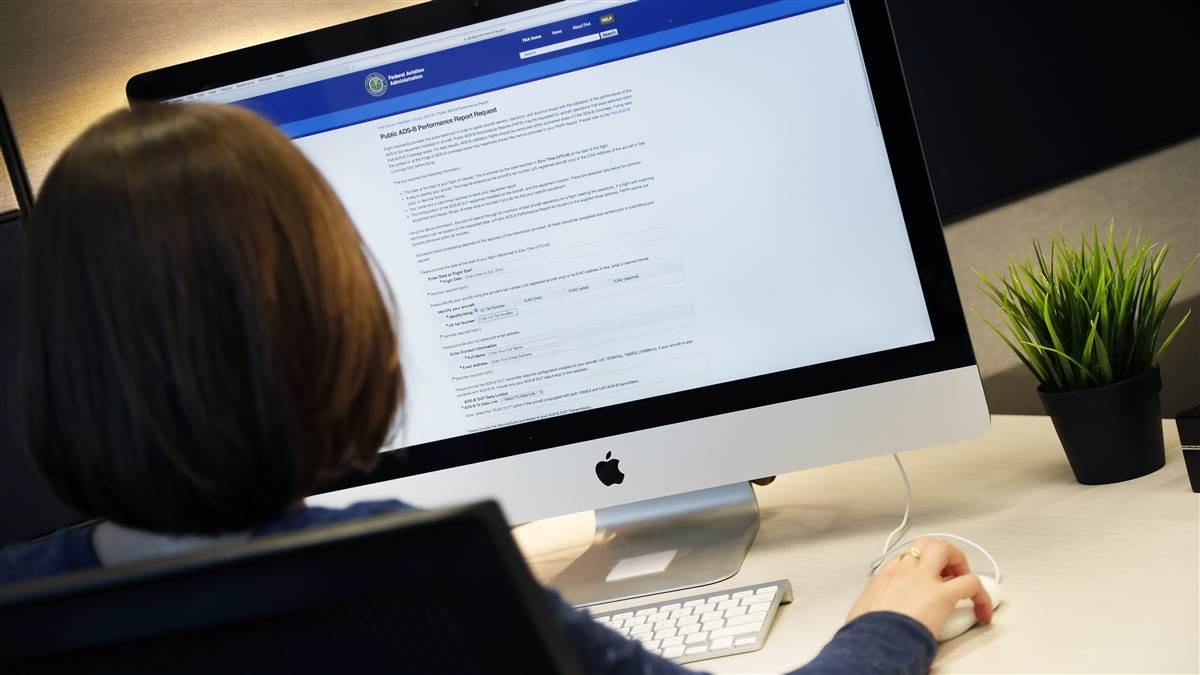 If you’re concerned about getting your installation completed before January 2, 2020—and especially if you’re willing to fly your aircraft outside of your local area—give the Equip ADS-B website a try (www.equipads-b.com). Its founder, Stephen Smothers, has been working to add more shops, which will increase the number of options for aircraft owners who seek ADS-B capabilities.

The site is designed to match aircraft owners with shops able to install ADS-B avionics during the owners’ desired timeframe. “I’m trying to level the playing field for aircraft owners, because as time goes on, installations are going to get squeezed,” said Smothers, a retired Delta Air Lines pilot who also flew as a Textron Aviation test pilot.

There is no charge for either aircraft owners or avionics shops to use the site. Like many online entrepreneurs, Smothers hopes to earn some revenue from ads within the site. He said he has revised the site several times based on suggestions from both aircraft and shop owners.

Steve Judd used the website while researching ADS-B upgrades for his employer, a Part 135 operator flying several Cessna Citations. “I learned a lot from all the quotes and bids. It was a great education,” he said. “Stephen saved us a bunch of money and a bunch of hassle.” —MC

Not all that ADS-B hardware is working correctly, however. Here, certified fixed-wing general aviation aircraft are doing better than the rest of the fleet: Of 35,548 equipped aircraft, slightly less than 10 percent are nonperforming emitters—or NPEs, in FAA parlance for equipped aircraft that are not broadcasting 2020 rule-compliant ADS-B data. More than 22 percent of the remaining 13,041 equipped aircraft—which includes Experimental, Light Sport, and air carrier aircraft—are “NPE aircraft.”

How does an aircraft owner, operator, or pilot know whether the installed ADS-B hardware is working properly and configured correctly? After all, there is no requirement for a biennial certification, like there is for transponders. That’s because the FAA’s ground stations can continually monitor ADS-B Out performance, and we can request a performance report any time we want.

The FAA’s Public ADS-B Performance Report Request website (https://adsbperformance.faa.gov/PAPRRequest.aspx) allows aircraft owners to quickly submit a request for a comprehensive report on an aircraft’s ADS-B Out performance. Complete a few data fields; enter the date your flight began, referenced to Zulu time; select aircraft equipment from drop-down menus; and submit your request. The only requirement is that you fly within the coverage area of an ADS-B ground station; unlike for the recently ended ADS-B rebate, there is no requirement to fly in FAR 91.225 rule airspace or minimum flight duration. You’ll receive an email with your PAPR attached, normally in fewer than five minutes.

Anything highlighted in red on the report indicates that the aircraft’s ADS-B Out system did not meet the corresponding performance requirement. Look for more information about the items on the report in the FAA’s helpful online user’s guide, which also includes general guidance on possible causes of common ADS-B performance issues. It suggests starting points for troubleshooting many problems. Most failures result from improper configuration of the hardware.

One growing issue is call sign mismatch (CSMM), a subset of the NPE problem. Here, the flight ID transmitted by ADS-B Out does not match the call sign specified in an IFR flight plan. The problem first emerged with air carriers and commercial operators that change flight numbers frequently—for most general aviation operations, the flight ID is simply the aircraft’s N number—but CSMM will be a consideration for GA pilots flying for authorized medical or humanitarian volunteer organizations, as well as some flight schools.

An August 2017 FAA legal interpretation states that an aircraft’s ADS-B flight ID, whether it’s a call sign or registration number, must match what’s filed on the flight plan. Noncompliance violates FAR 91.227. If you fly missions that require a call sign other than your N number—for example, the Compassion call sign (with designator CMF) used for designated humanitarian flights, or Animal Rescue (designator ARF)—choose ADS-B Out equipment that allows easy configuration of the flight ID. For more information on TSOed ADS-B hardware that allows the flight ID field to be edited, see “ADS-B: Changing Flight ID” (October 2017 AOPA Pilot).

What happens if your aircraft’s ADS-B performance puts it into the NPE category, and you don’t know? If Flight Standards can find your phone number, you may get a phone call (the agency knows that few people enjoy getting letters from the FAA—but that’s the next step if you can’t be phoned). Not every failure generates a phone call—at least, not yet. The FAA is focusing on “high-priority” avionics behavior, which includes missing or erroneous Mode 3/A squawk codes; invalid or duplicate 24-bit ICAO addresses; and reported GPS locations that jump around so much, they cannot be displayed by air traffic control. All these problems will show up in a PAPR.

However, for operators who cannot be contacted—or who have known ADS-B Out deficiencies—the FAA has developed a new tool, the ADS-B No Services Aircraft List (NSAL). “If there is an aircraft we have observed that is emitting information that would be problematic for the air traffic controller—or there was a systemic problem—an aircraft may be put on the list,” said David Gray, the FAA’s program manager for surveillance and broadcast services. “This isn’t something that most pilots should be worried or concerned about. There are very few aircraft on the list.”

The NSAL was created to mitigate hazards posed by ADS-B Out-equipped aircraft transmitting erroneous or hazardously misleading information. Specific aircraft are identified by their unique 24-bit ICAO address (Mode S code) and filtered from air traffic control automation. These aircraft will not receive ADS-B based ATC services, including Traffic Information Services-Broadcast (TIS-B) data, although ATC services will be provided if the aircraft’s transponder is working properly.

Most aircraft on the NSAL when AOPA Pilot examined the list in early January were there because of known software or GPS receiver problems, or because they were broadcasting invalid ICAO codes—thought to be default values in the hardware that were not updated during the installation.

No aircraft is added to the list before Flight Standards has attempted to notify the owner. “It’s absolutely a last resort,” Gray explained.

Although air traffic controllers will not see the erroneous information, it could be seen by aircraft receiving ADS-B data directly. “They would still be exposed to this kind of a risk, but there’s nothing we can do about that,” Gray said.

The first clue an owner of an affected aircraft might notice is that it no longer receives ADS-B traffic from FAA ground stations, including TIS-B and rebroadcast of ADS-B traffic information from the other ADS-B frequency. That would be a good time to request a performance report. If the aircraft is on the NSAL, that fact will be stated in red text on the PAPR cover page.

Although there is no requirement to do so, Gray recommends that aircraft owners periodically request a new PAPR. “In my mind, if you do it once a year at the annual, that’s perfectly reasonable,” he said.

AOPA agrees with that suggestion. Tuck the PAPR printout in your aircraft logs, and replace it at your next annual.